Woody Widenhofer had stints as the Mizzou and Vanderbilt head coach, leading the Tigers from 1985-88 and the Commodores from 1997-2001.

He went 27-71-1 during his time as a college head coach, but fared much better as an NFL assistant, winning 4 Super Bowls with the Pittsburgh Steelers.

Sadly, on Sunday, Widenhofer passed away at the age of 77. Current Vanderbilt coach Derek Mason took to Twitter to offer his condolences on Monday, as you can see below:

“I share the sadness of Commodore Nation with the news that Woody Widenhofer has passed. Coach Widenhofer was regarded as one of the best defensive minds ever. I send my prayers and sympathies to Coach Widenhofer’s family, his VU student-athletes and all who knew him.” ⚓️⬇️ pic.twitter.com/sOKvJheu1h 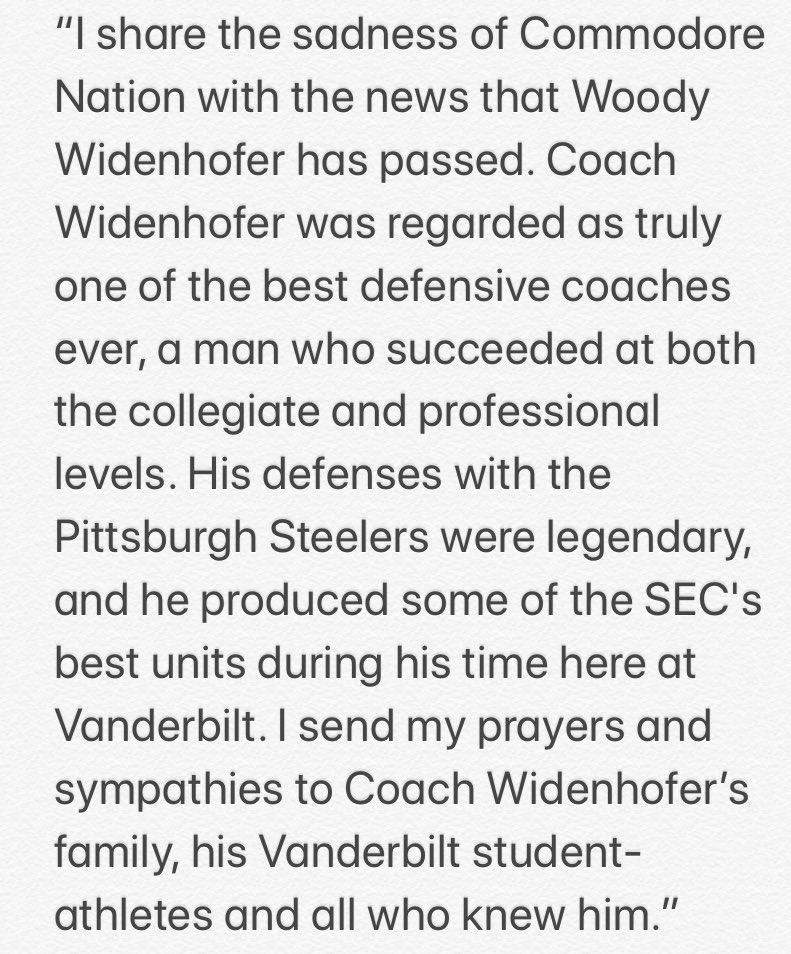 Widenhofer was also the Vanderbilt defensive coordinator in 1995 and 1996 before getting the head coaching job in 1997.

Our condolences to the Widenhofer, Mizzou and Vanderbilt families at this time.