The Vanderbilt standout tweeted Saturday morning, “I will be declaring for the 2021 NBA Draft while retaining my collegiate eligibility.” By not hiring an agent at this stage, Pippen will have the opportunity to play for the Commodores again next season.

An All-SEC first-team selection, Pippen was second in the conference in scoring with 20.8 points per game, a single-season school record for a sophomore. Pippen was also among the conference’s best in assists per game (second, 4.9), steals per game (second, 1.77) and free throws (third, 142) in the 2020-21 season. In the SEC Tournament, Pippen set a record for 25 free throws without a miss over two games. 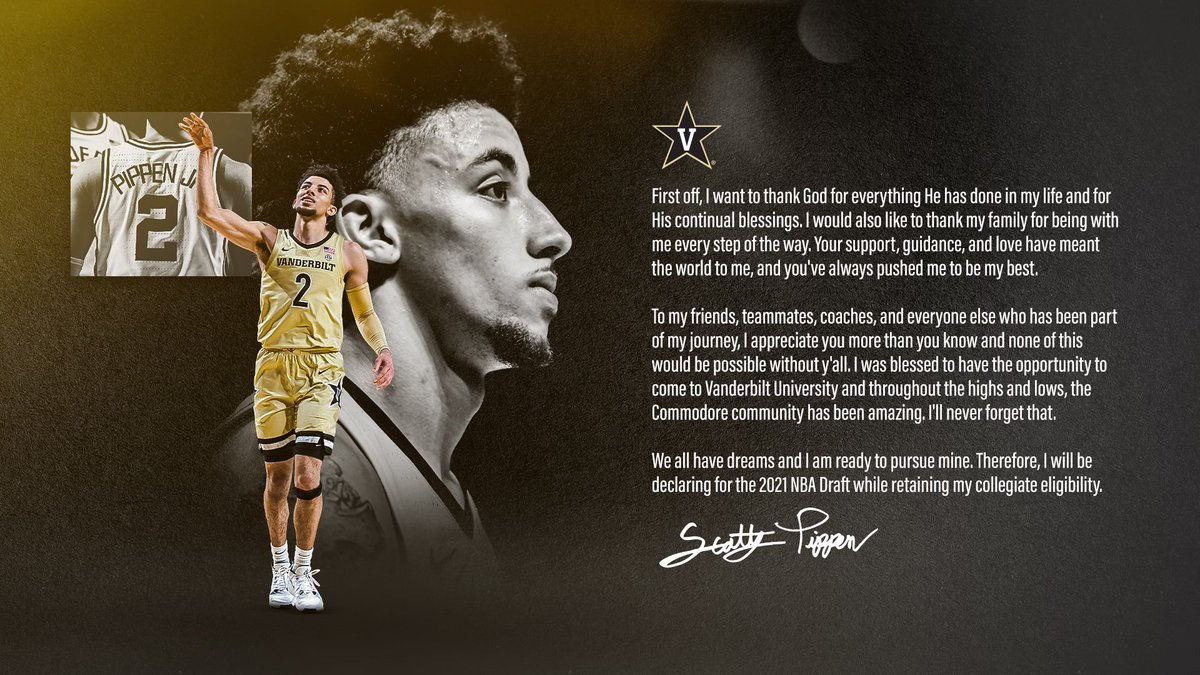