The Vanderbilt Commodores have been active on the graduate transfer market this offseason, and on Monday, they added another piece to their 2019 class.

This time, it’s former Marist DT Eddie Zinn-Turner, who played for three seasons at Marist before deciding to head to the SEC.

As you can see below, Zinn-Turner announced that he’d be heading to Nashville for his final year of eligibility via Twitter: 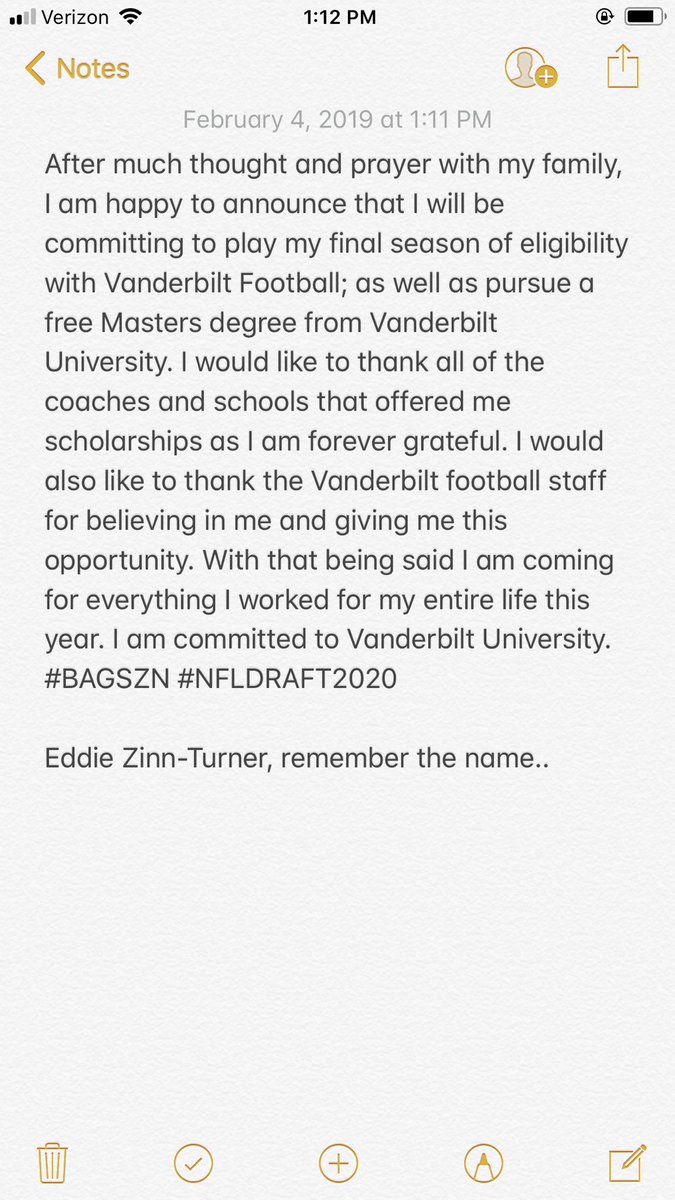 In three seasons at Marist, Zinn-Turner recorded 121 tackles (14 for a loss) and six sacks. He also forced two fumbles.

He’ll bring some experience to the Vandy defensive line, and his size in the middle will be a big plus in 2019 for the Commodores.

TRENDING
43,250 READS
Father of 5-star Georgia QB commit Brock Vandagriff shares family's reaction to Bulldogs landing JT Daniels
16,266 READS
JT Daniels to Georgia looks like a weird move, but here's why I think both parties made it happen
15,722 READS
Jeremy Pruitt shares that he once watched the wrong house for a week after Nick Saban sent him to scout recruit's visitors
LATEST NEWS
View All
3 hours ago
Elite 2021 OG prospect names 3 SEC teams in final 5
4 hours ago
Report: Tennessee RB arrested in Florida on gun, drug charges
5 hours ago
Report: Tre Mann reaches final decision regarding 2020 NBA Draft
6 hours ago
Mizzou makes top 6 for talented 2021 defensive end out of Indianapolis
6 hours ago
JJ Redick reveals how close he came to going to Florida before committing to Duke
7 hours ago
Joshua Dobbs, who had an externship with NASA, expresses excitement over SpaceX launch