We have a rematch in the College Football Playoff National Championship Game. Alabama and Clemson will do it all over again.

The Crimson Tide, as expected, proved to be too much for Washington on Saturday, winning the first national semifinal handily 24-7. The Tigers, in a bit of a surprise, beat down the Buckeyes 31-0 in the other semi.

While ‘Bama captured its fourth national title in seven seasons last season by escaping Clemson, coach Nick Saban and Co. had to hold on for dear life against quarterback Deshaun Watson and his 405 yards passing. The Tide don’t play a lot of 45-40 games — the SEC isn’t the Big 12 — but that’s what it took a year ago.

It remains to be seen if Watson can put together a similar performance vs. this version of Alabama. Despite losing a handful of key contributors off the 2015 squad to the NFL Draft, the Crimson Tide appear to be even better defensively.

But if there’s one player in the country capable of taking down Big Al by himself, Watson is the only logical choice.

After covering the Tide’s whitewashing of Washington personally, here are my initial thoughts on the upcoming CFP title game.

take it to the house

Watson threw 2 more interceptions in the victory over OSU, which brings his season total up to an alarming 17.

In addition to being the stingiest defense in the land, ‘Bama is also the most opportunistic. When Ryan Anderson intercepted a Jake Browning pass and returned it 26 yards for a touchdown, he became the ninth defensive player in Tuscaloosa to find the end zone. Alabama has now scored a ridiculous 15 non-offensive TDs in 2016.

Because Watson has been loose with the ball this year, another INT or two is inevitable. A pick-6, however, would be catastrophic.

A Heisman Trophy finalist two years in a row, Watson is the face of this Clemson program for all the obvious reasons.

That being said, this Tigers team has an awful lot of talent on the defensive side of the ball, as well. They just held another Heisman-caliber quarterback, J.T. Barrett, to 127 yards passing and minus-2 rushing. He averaged 3.8 yards per pass and possessed the ball for only 24 minutes. The Bucks managed just two gains of 20-plus yards. 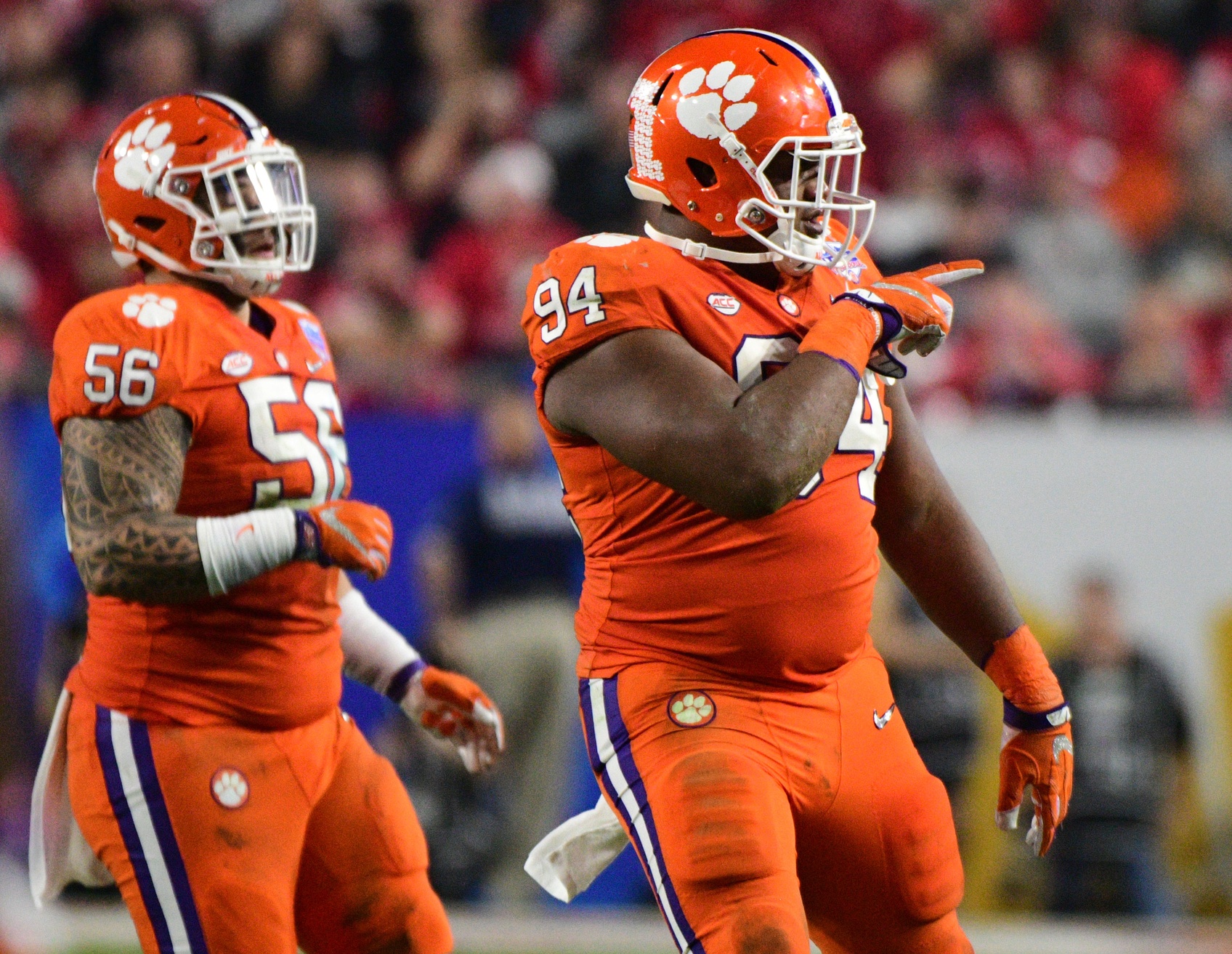 As dominant as the Crimson Tide have been lately, their passing game is regressing. Clemson is looking to continue that regression.

In his last two outings, despite winning by an aggregate score of 78-23, ‘Bama quarterback Jalen Hurts is 18-of-34 for 195 yards combined.

In addition to the failings of his arm, he hasn’t been nearly as effective with his legs, either. His last four times out, he’s run 55 times for 156 yards (2.8 yards per carry) and 1 touchdown. Because his defense has been so incredibly tough, it’s masked Hurts taking a step back in terms of his own production.

Even if Hurts is one of the best true freshman QBs in SEC history, never forget that he’s still a true freshman. Experience matters.

When Heisman Trophy winner Derrick Henry left early for the NFL, Bo Scarbrough was supposedly next in line to run the rock for Alabama.

Instead, the former five-star recruit battled injuries and ineffectiveness to finish fourth on the Crimson Tide in rushing. However, he looked like Henry 2.0 at the Georgia Dome, setting a school record with 180 yards on the ground in a bowl game. Clemson didn’t see that kind of power running game from Ohio State, that’s for sure.

Saban likes to play the hot hand with his tailbacks. For all we know, it could be Damien Harris in Tampa. Scarbrough was scary, though.

Because the college football postseason has been so different from other sports over the years, a rematch like this is basically unprecedented.

Even in the NFL, which has had the Super Bowl between the NFC and AFC champions in place since the 1960s, has only seen one rematch in that time: the Dallas Cowboys and Buffalo Bills in Super Bowls XXVII and XXVIII. Although Alabama and Clemson were both good bets to get back to the CFP final, the fact that both did is rather incredible.

Therefore, just because we saw what happened last year, that doesn’t mean we know what will happen this year. Hopefully, it’s another classic.