Ale Kaho’s time in Tuscaloosa has officially come to an end.

The senior linebacker announced on Friday he has entered the NCAA transfer portal, and after doing so, offered his thanks to Alabama, Nick Saban, the coaching staff, the team’s medical staff and his teammates for all their support during his time in Tuscaloosa.

Kaho becomes the second Alabama senior linebacker to leave the program this week after Ben Davis made the same decision. Interestingly enough, both players arrived in Tuscaloosa as elite recruits. They each made their impact at Alabama most felt on special teams.

Kaho didn’t start for Alabama’s defense but he has been a key special teams player for the Crimson Tide. Kaho twice was named Special Teams Player of the Week by Alabama’s coaching staff last season (vs. Kentucky and vs. LSU) and he blocked three punts during the 2019 season.

The senior linebacker leaves Alabama after racking up 31 tackles in three seasons of play.

Here is the statement he issued on Friday: 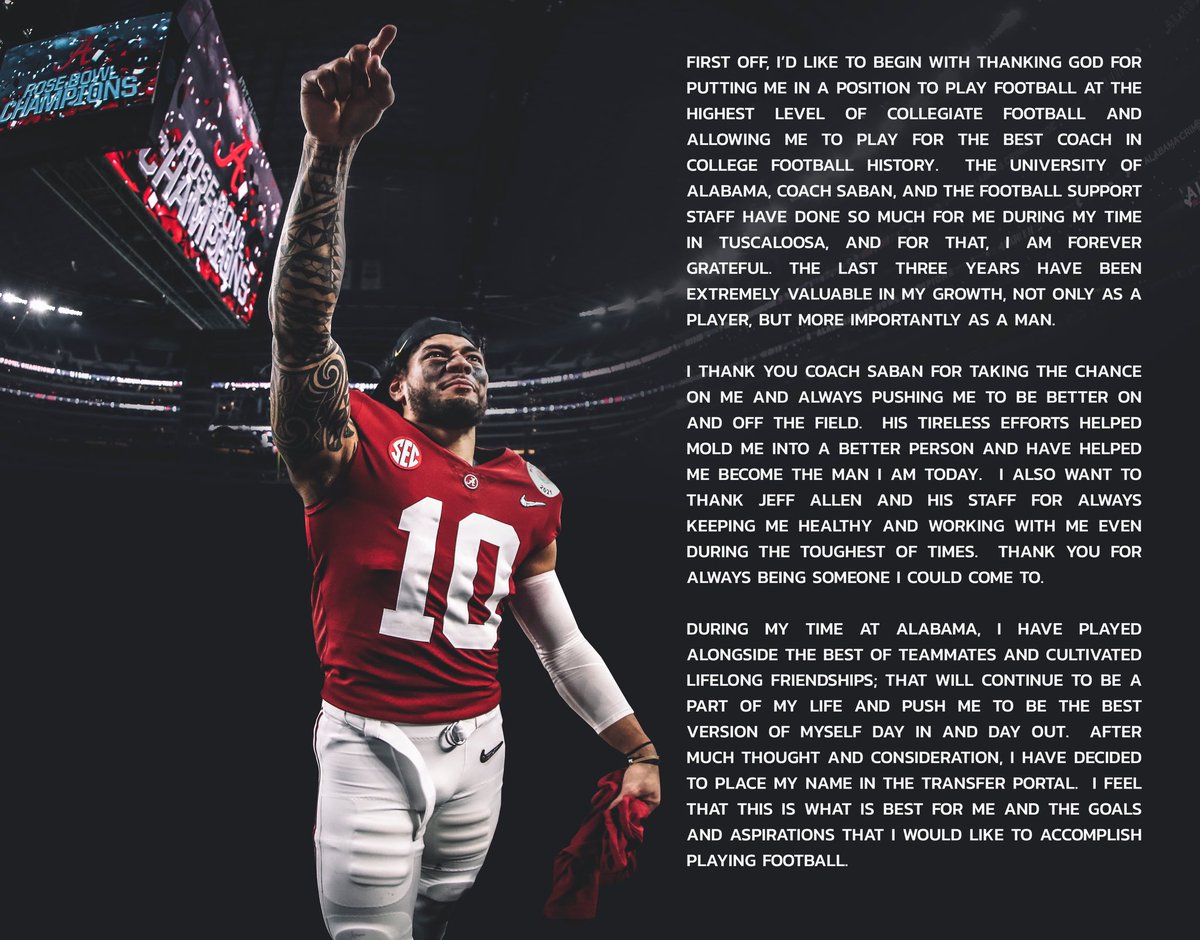