Alabama is on a roll when it comes to underclassmen announcing their decisions to return in 2020 and that momentum continues on Thursday as starting left tackle Alex Leatherwood just announced he will return for his senior season in Tuscaloosa.

Following a season that finished with Leatherwood being voted as an All-SEC First-Team selection by the league’s coaches and being named Second-Team All-SEC by the Associated Press, it would be understandable if the junior decided it was time to leave school early for the 2020 NFL Draft but Tua Tagovailoa’s blindside protector is coming back for one final run at another national title.

The natural question for Alabama fans now is how, if at all, does this affect Tua Tagovailoa’s pending decision? Alabama’s starting quarterback recently announced he will declare his intentions regarding the 2020 season on Monday, Jan. 6.

Now Tagovailoa doesn’t have to worry about his blindside not being protected by arguably the SEC’s best left tackle.

Here is the statement Leatherwood made declaring his decision to return to Alabama. 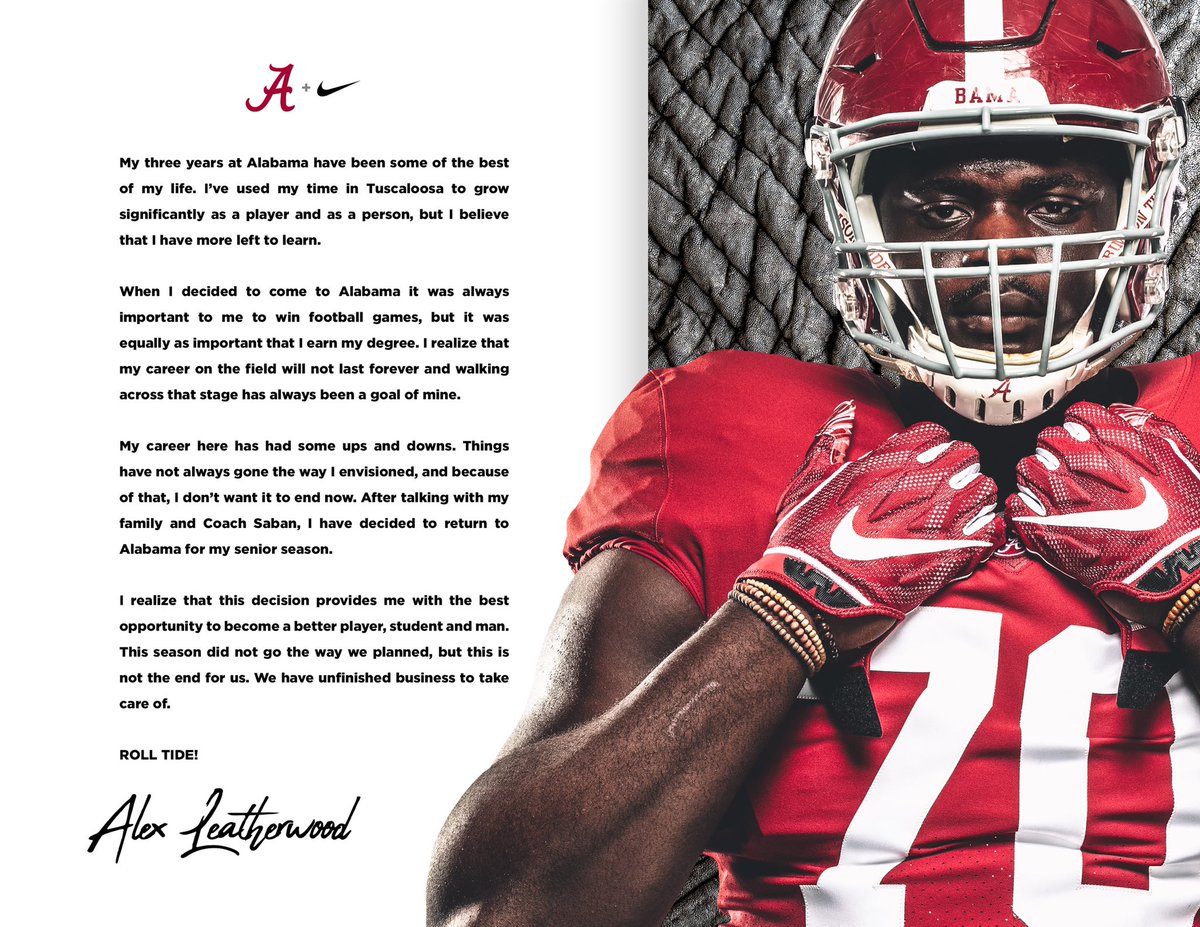