Here are all four uniforms, and you can look at all of them up close here. 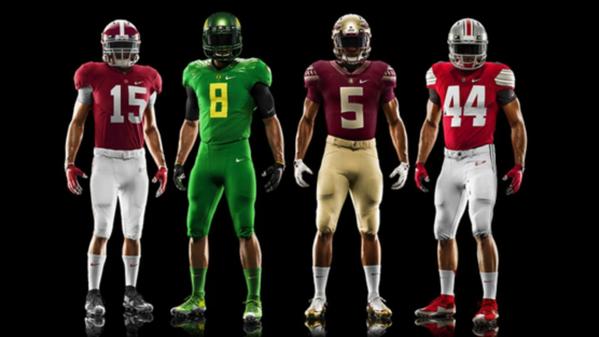 Here’s a look at Alabama’s uniforms for the College Football Playoff, and below is a snippet from Nike on the Crimson Tide’s threads:

The University of Alabama Crimson Tide will wear their traditional home and away Mach Speed uniforms, embellished with crimson accents and the addition of a fractal diamond-color Swoosh. The new Nike Pro Combat Hypercool baselayer features a newly designed elephant skin pattern composed of Crimson Tide mantras, quotes and team inspirations. The same pattern is shown on the palm of the Nike Vapor Knit gloves. The teams’ new diamond-color Nike Vapor Untouchable cleats are also embellished with crimson accents. 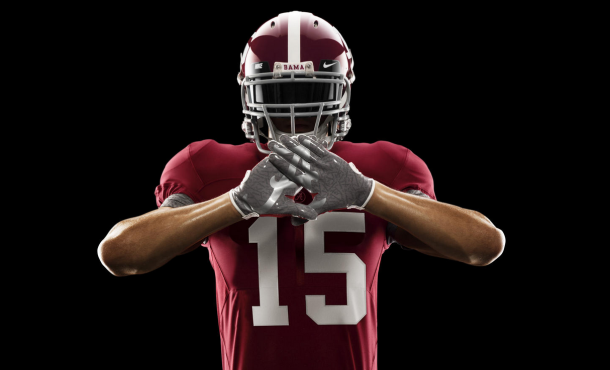 Jon Cooper
A regular SEC Football expert who writes about the 14 teams, all the while preparing for an eventual QB challenge with any and all 3rd-string QBs in the SEC.
RECENT ARTICLES
ALABAMA
Arch Manning visiting Alabama this weekend
ALABAMA
Najee Harris told to go home from Steelers minicamp for working too hard
ALABAMA
Henry To'o To'o reveals new number after transferring to Alabama
ALABAMA
Agony of defeat: Henry Ruggs III loses perfect bowling game on final pin