Nick Saban announces 3 Alabama players suspended for Orange Bowl vs. Oklahoma, not with team in Miami

The headlining name of the trio is Brown, the team’s starter at left guard. BamaOnLine’s Charlie Potter writes that Lester Cotton is likely to start at left guard in Brown’s absence. James and Baker are both reserves at their positions. James has made five appearances in 2018 while Baker has not played. The specific violation of team rules has not yet been announced or reported.

Alabama arrived in South Florida Monday, practicing at Barry University ahead of Saturday’s Orange Bowl showdown with No. 4 Oklahoma at Hard Rock Stadium in Miami Gardens.

Saturday Down South will continue to follow this developing story. 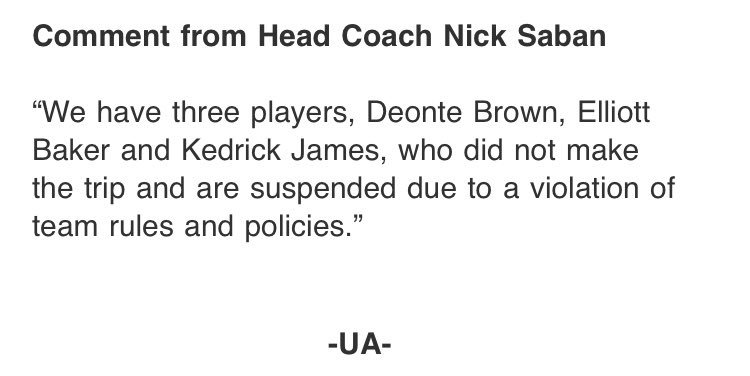