The Alabama football family got some bad news on Monday, as it was revealed that former Crimson Tide DL Lorenzo Washington had passed away.

The member of the 2009 national championship-winning team — the first title of the Nick Saban era in Tuscaloosa — was only 34 years old.

On Monday evening, Saban issued a statement, which you can see below in the tweet sent by the Alabama Football account: 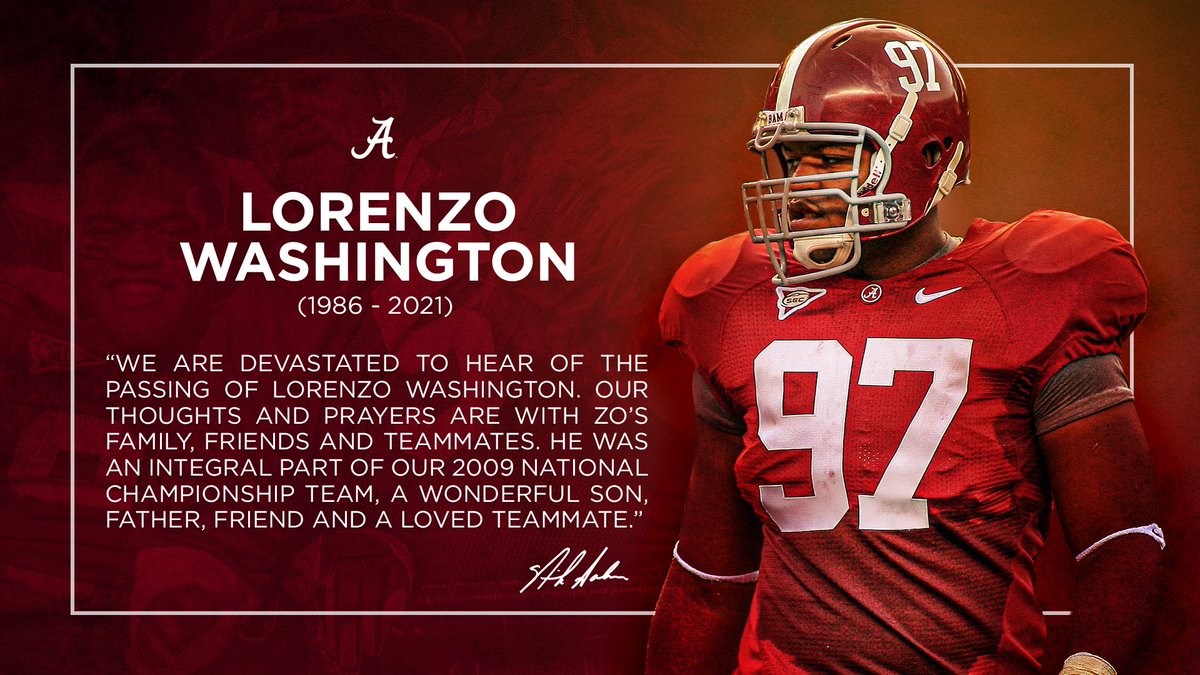 “We are devastated to hear of the passing of Lorenzo Washington,” the statement reads. “Our thoughts and prayers are with Zo’s family, friends and teammates. He was an integral part of our 2009 national championship team, a wonderful son, father, friend and a loved teammate.”

Washington recorded 21 tackles (5 for a loss) and 2 sacks during the 2009 title-winning campaign.