Reports began to surface Wednesday morning that Jeff Long was out as AD at Arkansas, and it has now been confirmed that Long and the university have parted ways.

Long had been with the Razorbacks since 2008 with the football team experiencing a variety of results since that time. The team did perform well under Bobby Petrino, but his departure came amidst an ugly scandal that involved an affair.

Long would eventually hire Bret Bielema in 2013 to take over the program, but the Razorbacks simply have not attained consistent results.

Sports Talk with Bo Mattingly tweeted out a screenshot of the official statement from the university: 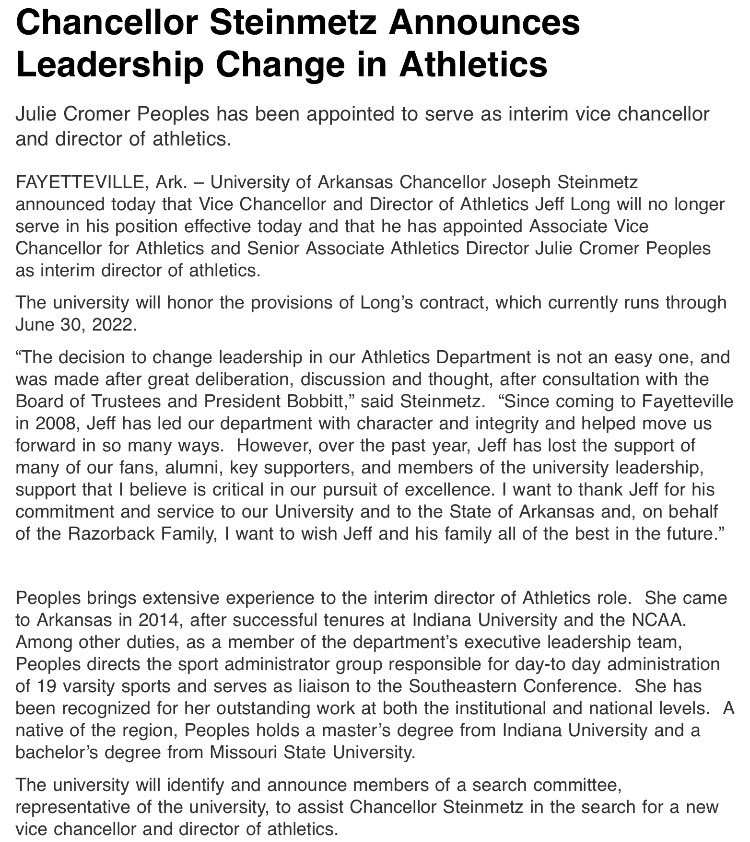 The departure of Long now leads to a number of questions regarding Bielema. There has been no word on his future, but there is no denying he has been on the hot seat after disappointing results. Now that Long is gone, the school may also make a change at head coach.