The Razorbacks won two of their first three games this season, but things began to go unravel after they lost to San Jose State at home. Arkansas would not win another game in 2019 and stumbled to the finish line with a second consecutive record of 2-10, closing the campaign with a 24-14 loss to Missouri at home on Friday.

A lack of leadership, from the coaching staff to the players, left the Razorbacks to wander through the final nine games rudderless. Not even a late-season coaching change could stop the landslide, and the Razorbacks suffered through a season to forget.

Here’s our grade for each position and a short explanation.

There’s an old saying that goes, “If you have two quarterbacks, you don’t have one.” Well, what if you have five quarterbacks? How many do you have then? Arkansas employed five different quarterbacks to start games this season. That has never happened before in the SEC. Whether it was Nick Starkel or Ben Hicks or John Stephen Jones or KJ Jefferson or Saturday’s starter Jack Lindsey, none played well enough to win the job for any length of time.

Rakeem Boyd proved to be one of the few bright spots this season for the Razorbacks. He finished the year as one of the top five rushers in the SEC, surpassing 1,000 yards. However, as a team, the Razorbacks came into Saturday’s finale ranked No. 11 in the SEC in team rushing. 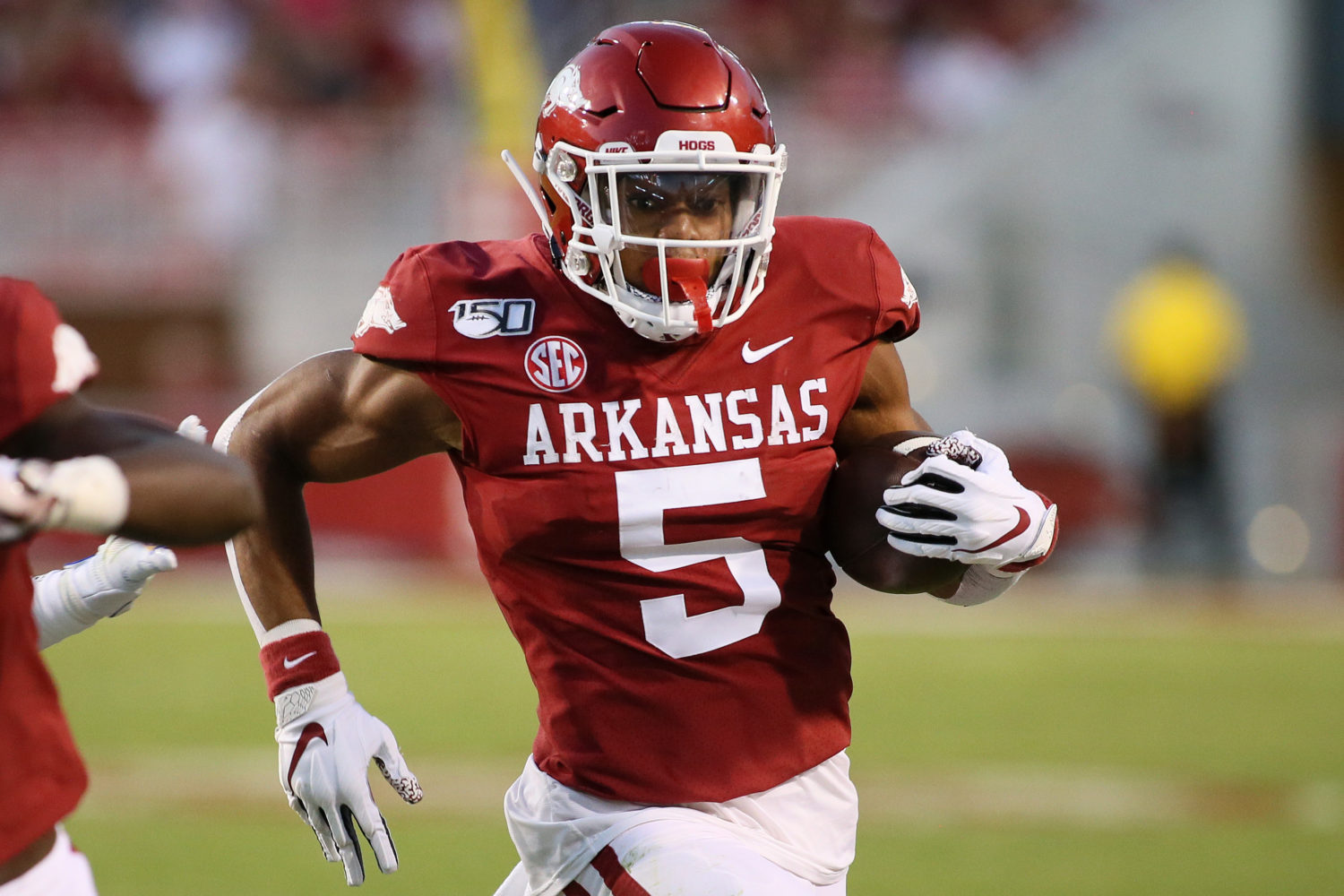 It’s difficult to determine who was worse, the group of quarterbacks or the corps of receivers. They probably went hand in hand. The Razorbacks started the season with injuries at the position and never really recovered from it. Treylon Burks was Arkansas’ only receiver in the top 20 in the SEC. Like Boyd with RBs, Burks was the bright spot among receivers.

It simply never really jelled. Arkansas ranked at the bottom of the conference in rushing offense as well as tackles for loss allowed. Heading into the final game of the season, only Vanderbilt and Ole Miss, among SEC teams, gave up more tackles for loss.

To say the Hogs’ defensive line was porous would be an understatement. Arkansas ranked last in the SEC against the run, giving up north of 200 yards per game. The Hogs were also last in the conference in sacks and tackles for loss.

Senior De’Jon Harris played well, and sophomore Bumper Pool had his moments as well for an Arkansas defense that ranked last in the SEC. Harris was among the top tacklers in the conference, and Pool proved to be one of the better young players in the league. 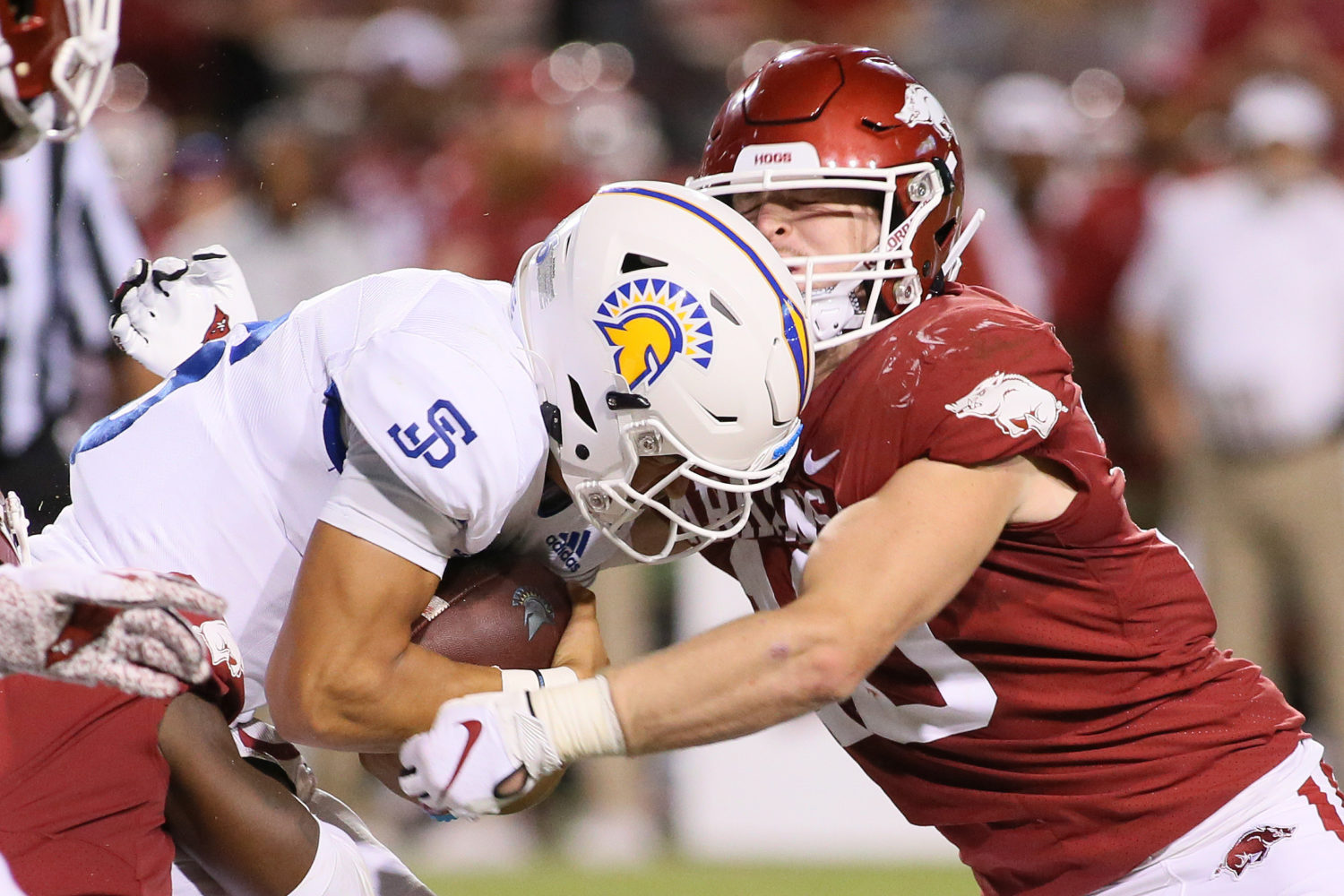 Kamren Curl and Joe Foucha could become top defenders in the SEC at some point. The two showed promise in a secondary that ranked near the bottom of the conference against the pass.

Where the Razorbacks excelled here was in defending both the punt and kickoff. Coming into the finale on Saturday, the Hogs ranked second in the SEC in defending the punt, allowing just 4 yards on average per return. That helped offset an Arkansas team that ranked near the bottom in kick returns, averaging 18 yards per return.

Chad Morris just never got any traction at Arkansas. He wanted to change things offensively and never was able to put it together with what he had to work with. The end came during a bye week after a 45-19 shellacking at the hands of Western Kentucky. A change needed to be made, and it was.