After roughly 2 years at Oklahoma, a former 4-star ATH from Texas is taking his talents to Arkansas.

Jaquayln Crawford shared Friday on his Twitter account that he is continuing his college football career with the Razorbacks. Coming out of Rockdale, Crawford was rated 4-stars, the No. 9 ATH, No. 19 recruit in Texas and the No. 183 prospect overall nationally in the class of 2018 on the 247Sports Composite.

Crawford entered the transfer portal on Nov. 12, 2019. After that, it appears OU removed him from the 2019 Sooners roster. On the 2018 roster, he was listed as a wide receiver. Last year, however, Oklahoma defensive coordinator Alex Grinch confirmed Crawford had moved to cornerback.

Per 247Sports, Grinch was impressed by Crawford’s speed:

“You know, he was a guy that Coach [Roy] Manning and myself kind of went to the offensive coaches and said we see an elite athlete that, ‘Is he going to figure into the wide receiver depth?’” Grinch said. “And we spend so much time worrying about our guys [that] I couldn’t tell you where he was on the depth chart. But just you see a guy with speed, the ability to track footballs and those things, and I kind of went to him and said, ‘Hey, this is something that we were thinking about, and if this is something that you’re interested in.’ And he kind of, at least to a point, showed some interest as we tried him there the last couple weeks, and he’s a guy that we’ll continue to [work there].”

Crawford saw limited action in his time at Oklahoma. In each of his two seasons with the program, he appeared in just one game.

We’ll see where Sam Pittman and his staff decide to use Crawford. All indications are Crawford won’t be eligible to play for the Hogs until 2021 unless he receives a waiver from the NCAA. 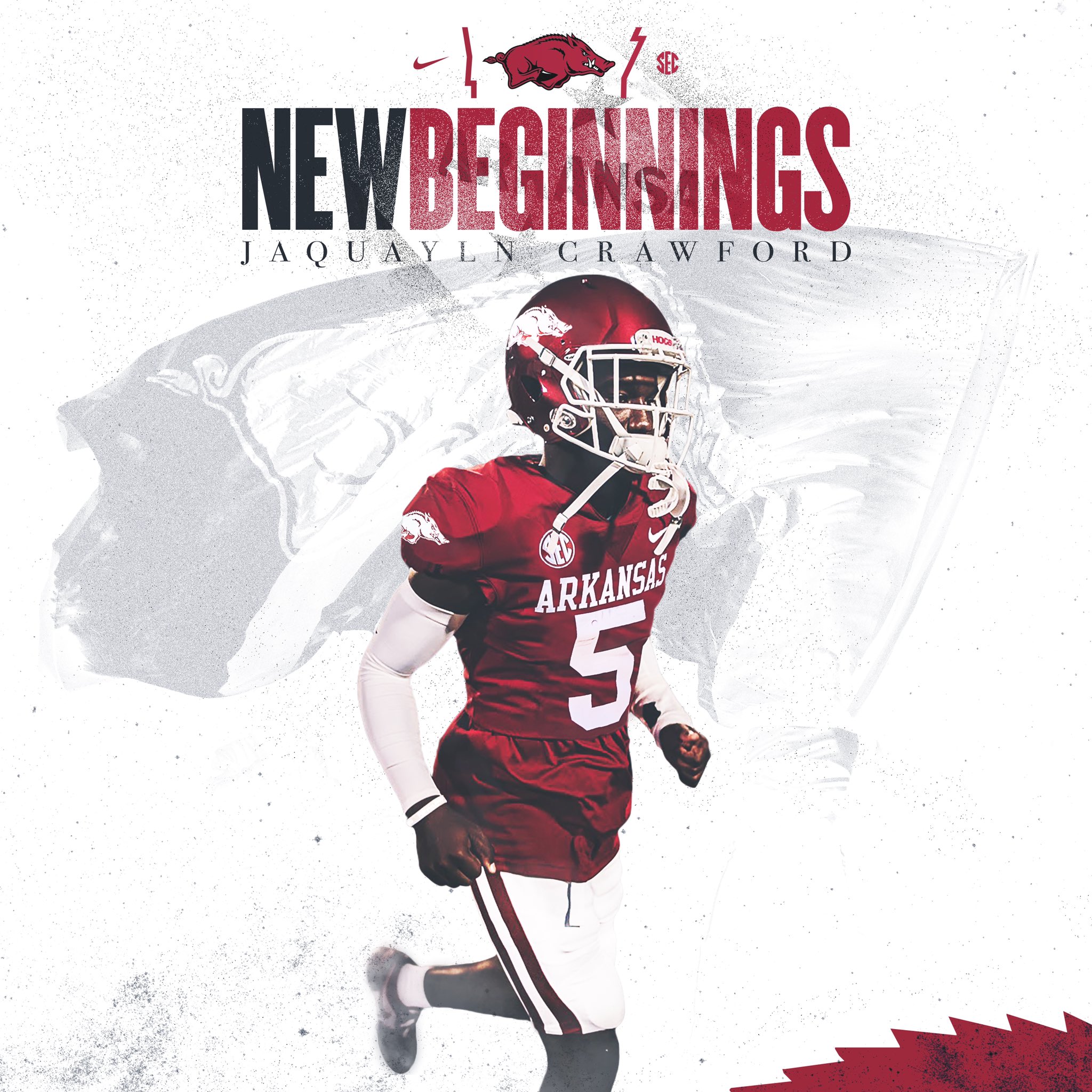