Arkansas loses another key member of secondary to transfer portal

Arkansas finished 9-4 this year with a big win over Penn State in the Outback Bowl.

But, since that win, the team has taken some hits, losing key players to both the 2022 NFL Draft and the transfer portal.

After key DB Joe Foucha announced earlier this week that he was entering the portal, Greg Brooks Jr. followed suit on Thursday afternoon. Brooks announced his decision via Twitter: 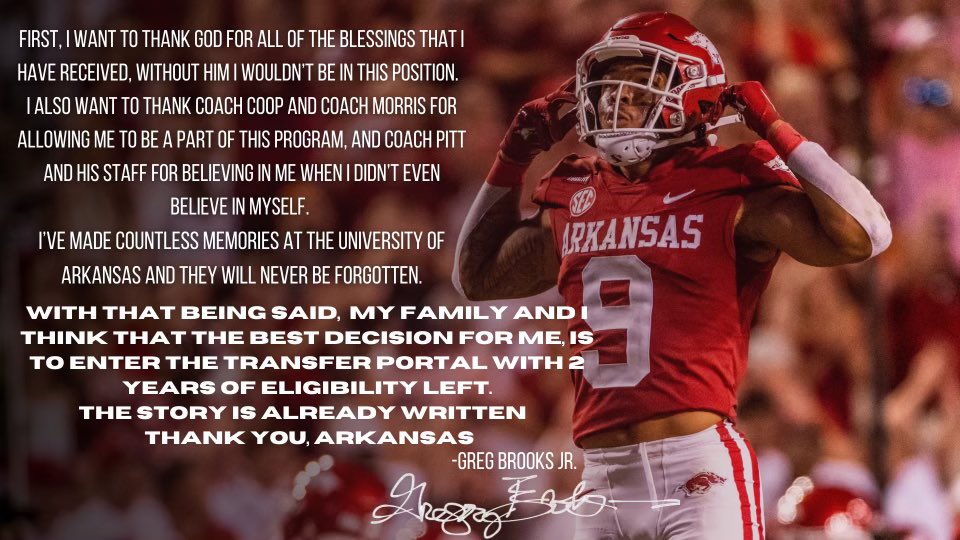 Brooks played in all 13 games for the Razorbacks this year, compiling 47 tackles (2.5 for a loss), 1 interception, 4 pass breakups and 2 fumble recoveries.

Where he ends up next remains to be seen, but it appears DC Barry Odom will have his hands full rebuilding the Razorback secondary in 2022.