In 3 games not played against Sam Pittman and the Arkansas Razorbacks, the Texas Longhorns have looked incredible this year.

However, those games weren’t against teams currently in the top 10, like the Hogs are right now. They were also all held in the friendly confines of Austin, Texas.

That didn’t stop one Texas fan from making a bold claim on a Texas message board, though. As you can see below, “Oddguwop” claims Sarkisian wanted the Longhorns to lose to the Hogs to send a message: 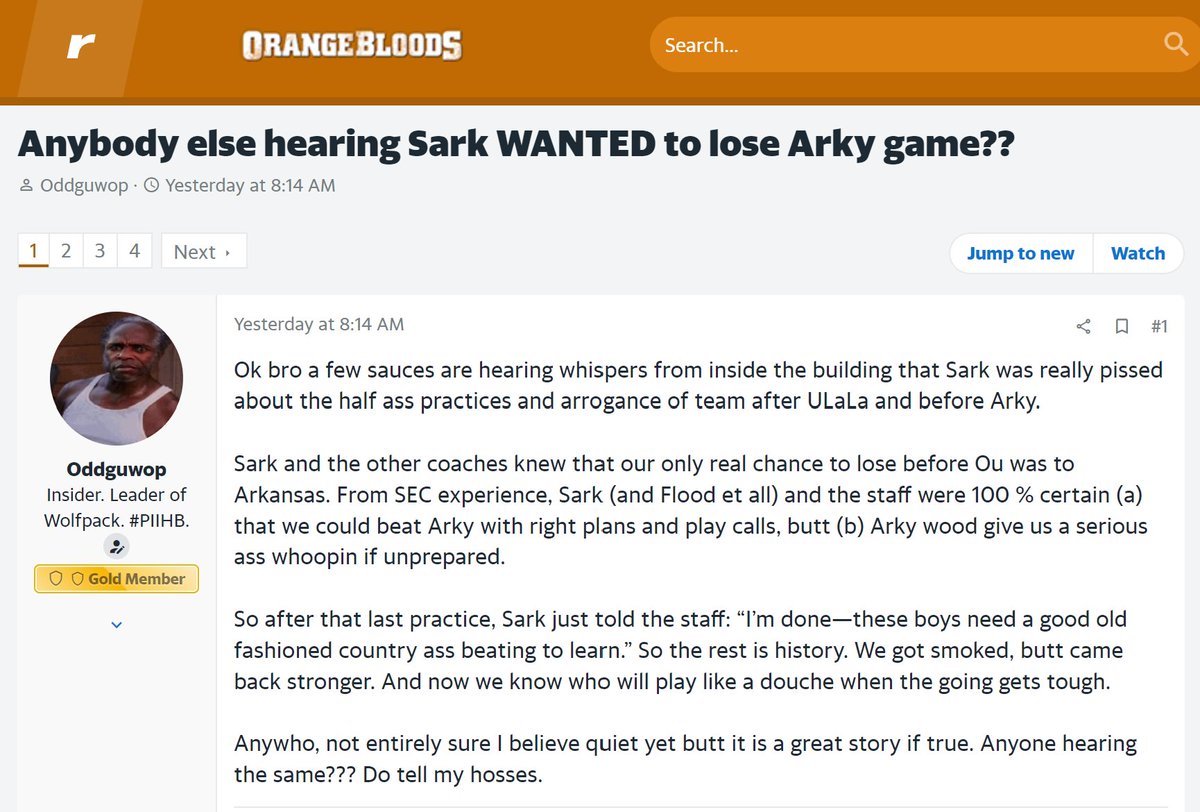 That is obviously quite a take. Generally, and we’re breaking some real inside information here, coaches want to win games. Especially in an era when 1 loss can doom your Playoff hopes.

But, hey, we probably shouldn’t expect Texas fans to be the most logical ones out there, right?