Yessir! Arkansas adds commitment from 2021 OLB out of Kansas City

New Arkansas coach Sam Pittman is going through his first full recruiting cycle with the Razorbacks and has been having some success on the recruiting trails.

On Sunday, the Hogs added another piece to their 2021 class, utilizing new DC Barry Odom’s connections in Missouri to land a 3-star outside linebacker from Kansas City.

As you can see below, Jermaine Hamilton-Jordan announced via Twitter that he was committing to Arkansas: 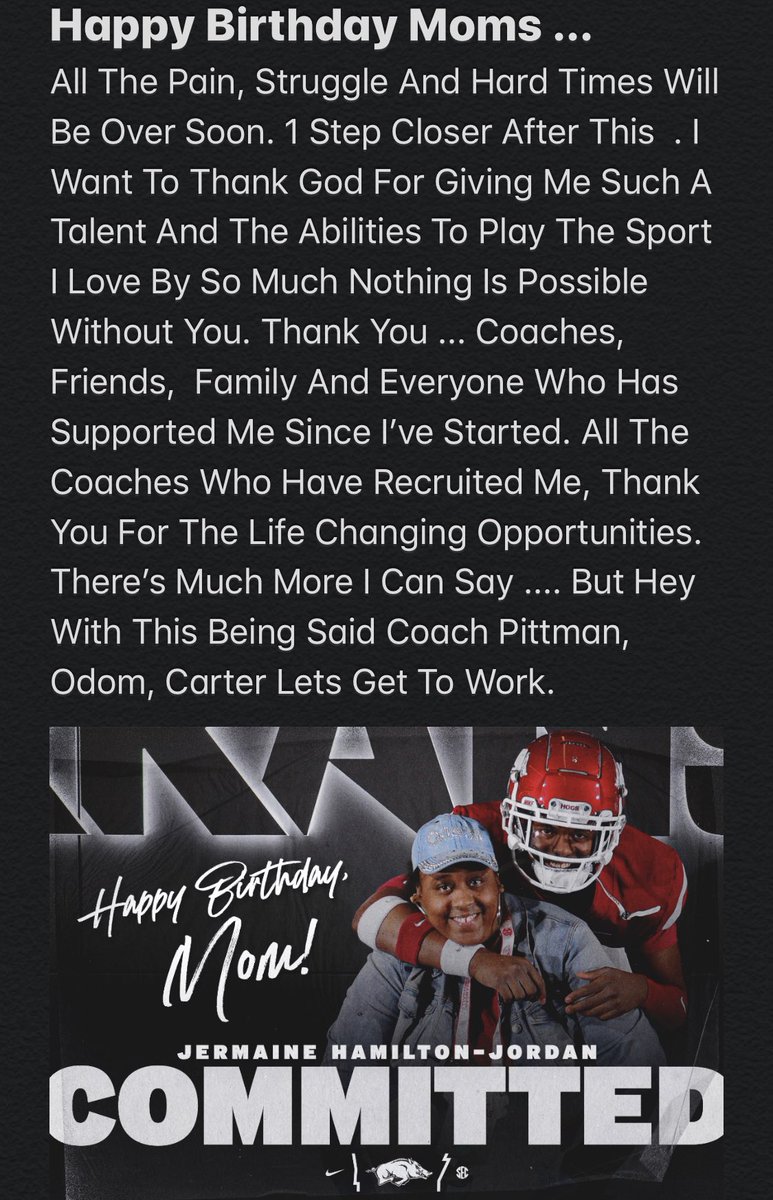 Per the 247Sports composite rankings, Hamilton-Jordan is the No. 51 outside linebacker in the class of 2021 and the No. 11 overall recruit from the state of Missouri.

The Razorbacks now have 5 players in their 2021 recruiting class, which currently ranks No. 56 nationally and No. 11 in the SEC, per 247Sports.

Below, check out some of Hamilton-Jordan’s high school highlights, courtesy of Hudl: