Auburn picks up commitment from nation's top kicker for 2022 class

The Auburn Tigers just landed a commitment from a kicker with a last name familiar to SEC fans.

Coach Bryan Harsin and his staff picked up a commitment from Alex McPherson, the brother of former Florida kicker Evan McPherson, who was just drafted in Round 5 of the 2021 NFL Draft this April.

As you can see below, the younger McPherson, a native of Fort Payne, Alabama, took to Twitter to announce his decision to attend Auburn starting next fall: 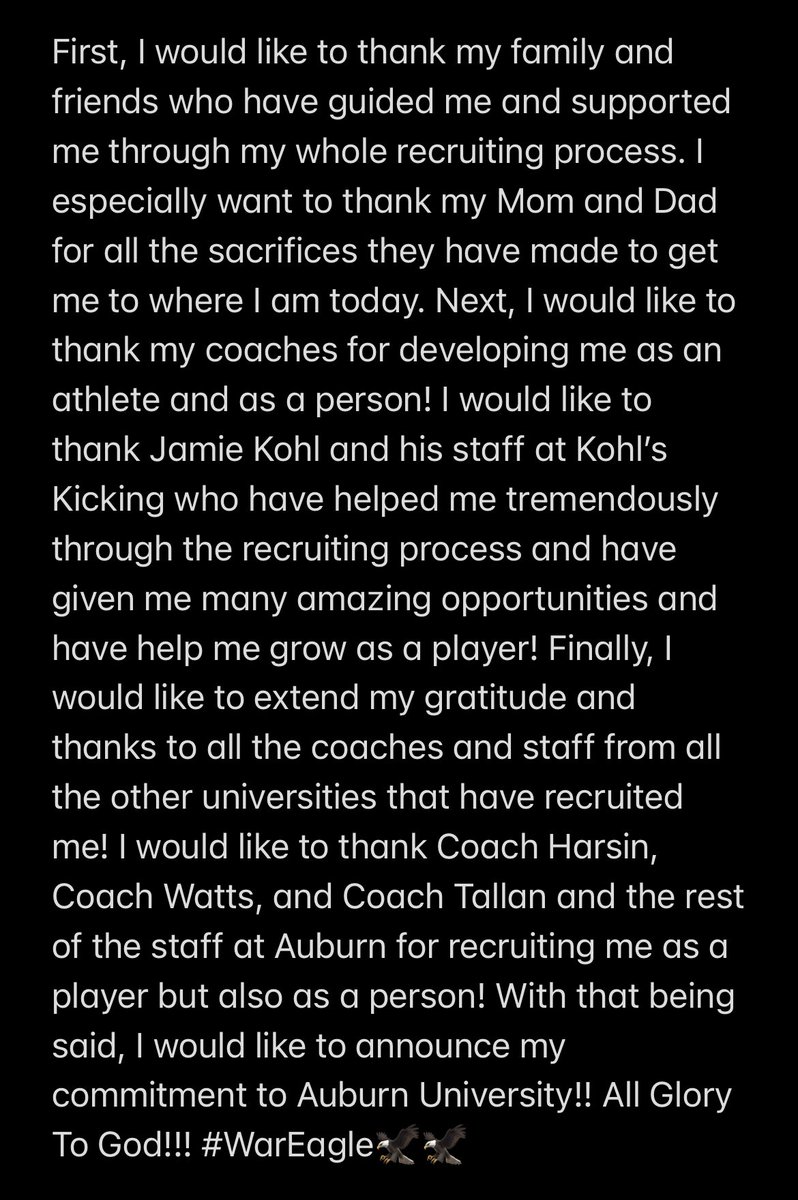 Per the 247Sports rankings, McPherson is the No. 1 kicker in the 2022 class and the No. 64 overall recruit from the state of Alabama.

Auburn now has 4 players in its 2022 recruiting class. Prior to McPherson’s commitment, the class ranked No. 80 in the nation and No. 14 in the SEC, per 247Sports.

Below, check out some of McPherson’s high school highlights, courtesy of Hudl: