There have been conflicting reports about what happened during the Tigers’ search, and that caused Auburn president Jay Gogue to issue a statement via email on Wednesday night.

As you can see below, he asked Auburn fans to disregard social media posts and reports that are “disruptive, inaccurate and malicious”: 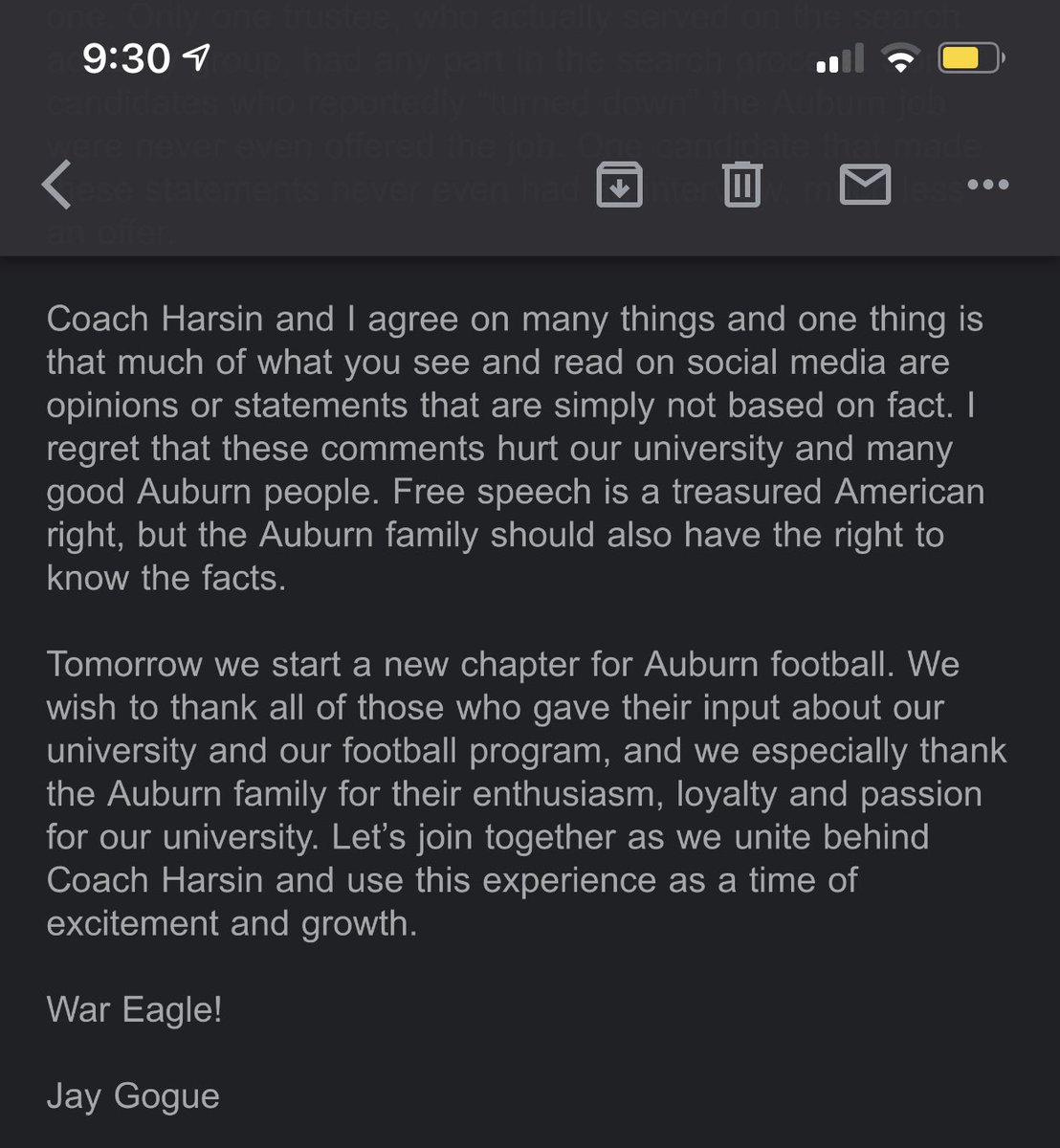 This coaching search has indeed been full of drama. What actually happened and what was put out to media members to try to control the narrative is unknown and may never be fully known.

But, Auburn has its guy, and the Tigers will introduce him officially on Christmas Eve.