Cam, obviously, had an amazing 2010 season with the Tigers, leading Auburn to a national championship and an undefeated season.

What does he think of his brother’s decision to head to Auburn? Here’s how he reacted on Instagram on Friday night:

Cam Newton reacts to his younger brother, Caylin, committing to Auburn as a grad transfer. pic.twitter.com/yfL1JigT64 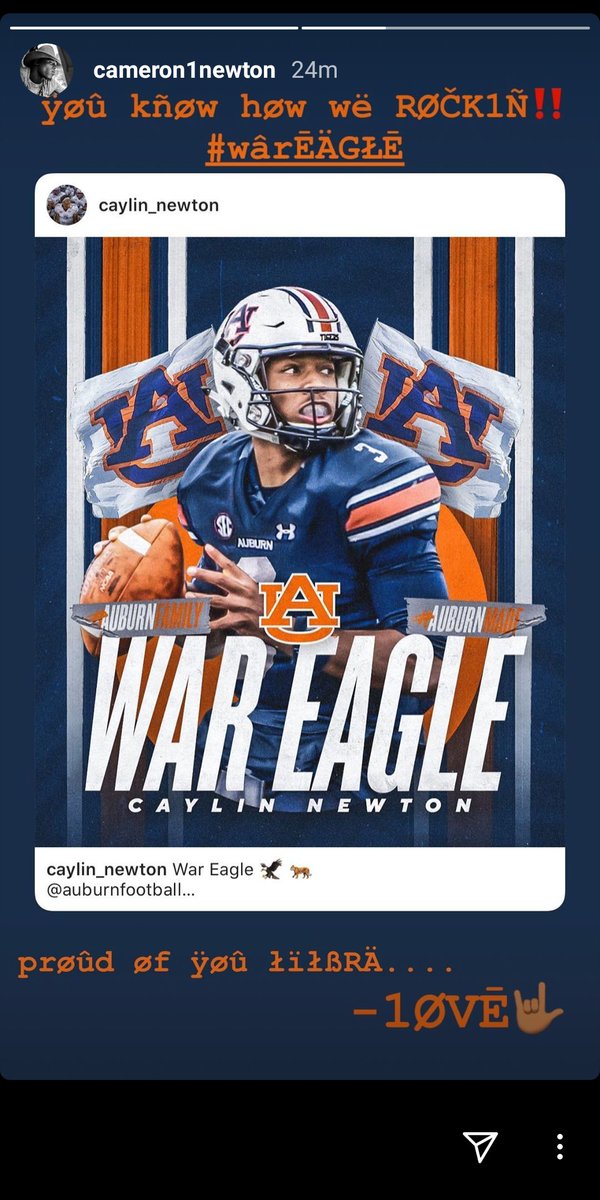 Cam was the No. 1 overall pick in the 2011 NFL Draft after his title-winning Auburn campaign. How will Caylin fare in his 1 year with the Tigers?

Auburn already has sophomore Bo Nix seemingly entrenched as its starting quarterback, so we’ll have to see if Caylin changes positions or not.