As Auburn’s coaching search continues in an effort to replace Gus Malzahn, reports have continuously surfaced that defensive coordinator Kevin Steele may be in line to take over as Auburn’s head coach.

Auburn fans don’t seem to be in agreement with this move.

The Twitter hashtag #StopSteele has surfaced, as fans hope for a more accomplished hire to replace Malzahn.

Steele has certainly done an excellent job as Auburn’s defensive coordinator, and has the respect of college coaches across the country, but his only head coaching experience was a miserable stint at Baylor from 1999 to 2002 in which Steele went 9-36.

Steele made an appearance at a press conference on Wednesday to discuss Auburn’s 12 signees during the early signing period, and the hashtag made a quick appearance on one of the first replies. 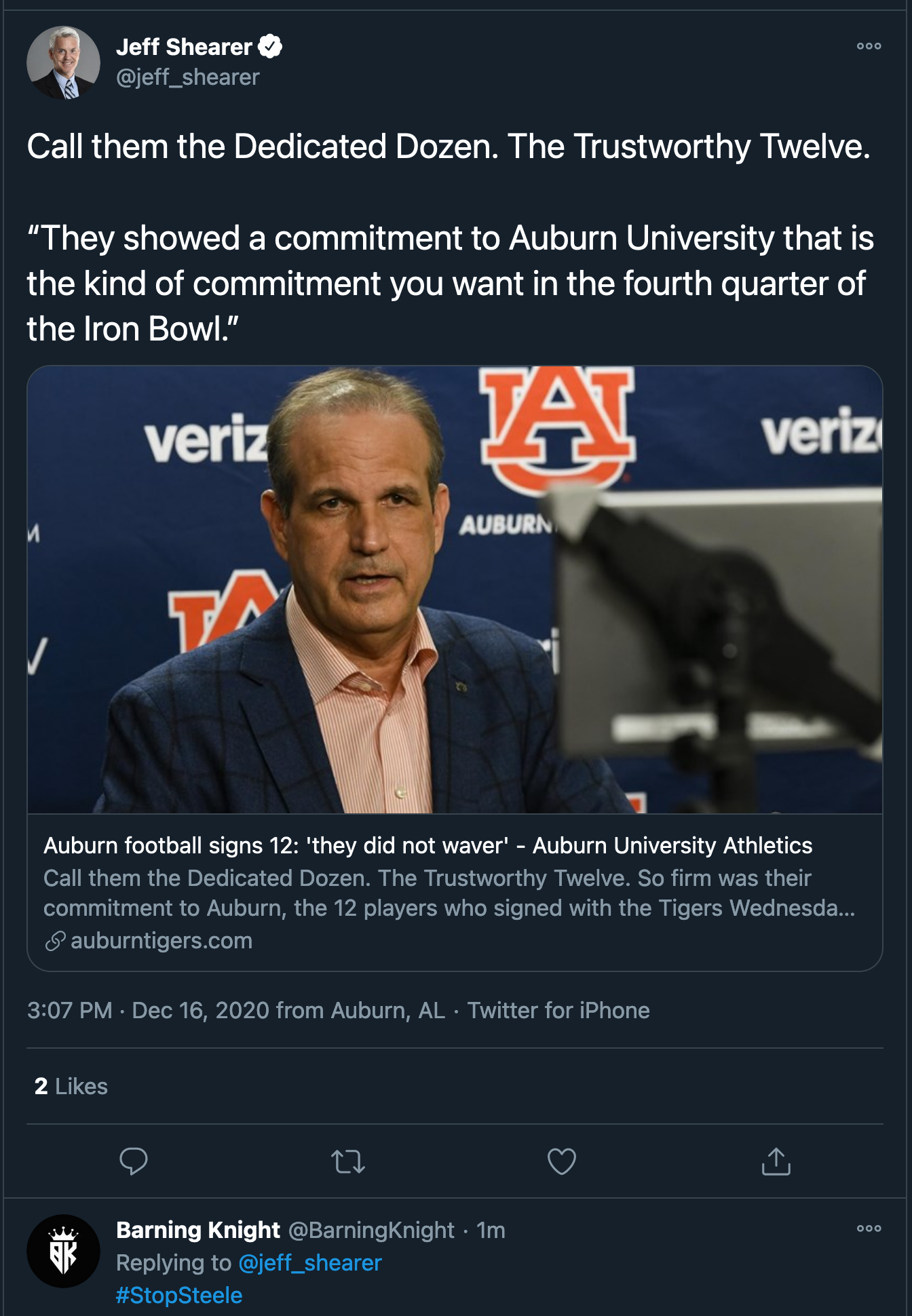 It is abundantly clear that Kevin Steele is not the preferred choice for the majority of the Auburn faithful.

There is a reason you never heard Steele’s name come up in any head coaching openings in the last 4 years.

@yellawood this should be our first ,and only candidate for Head coach @AuburnFootball not Kevin Steele #stopsteele pic.twitter.com/61bHwxpK59

Do not do this Auburn. You have a chance to not screw this up. And hiring Steele would be the DEFINITION OF SCREWING UP!!!!! #StopSteele