The Auburn Tigers had a solid linebacking corps in 2020, led by junior Zakoby McClain, who proved himself to be a tackling machine.

McClain recorded 113 tackles to lead the SEC and establish himself as a star. So, will he take advantage of that big season to enter the 2021 NFL Draft or return to school for another ride with the Tigers?

On Thursday afternoon, McClain took to Twitter to announce he’d be returning to Auburn for the 2021 campaign: 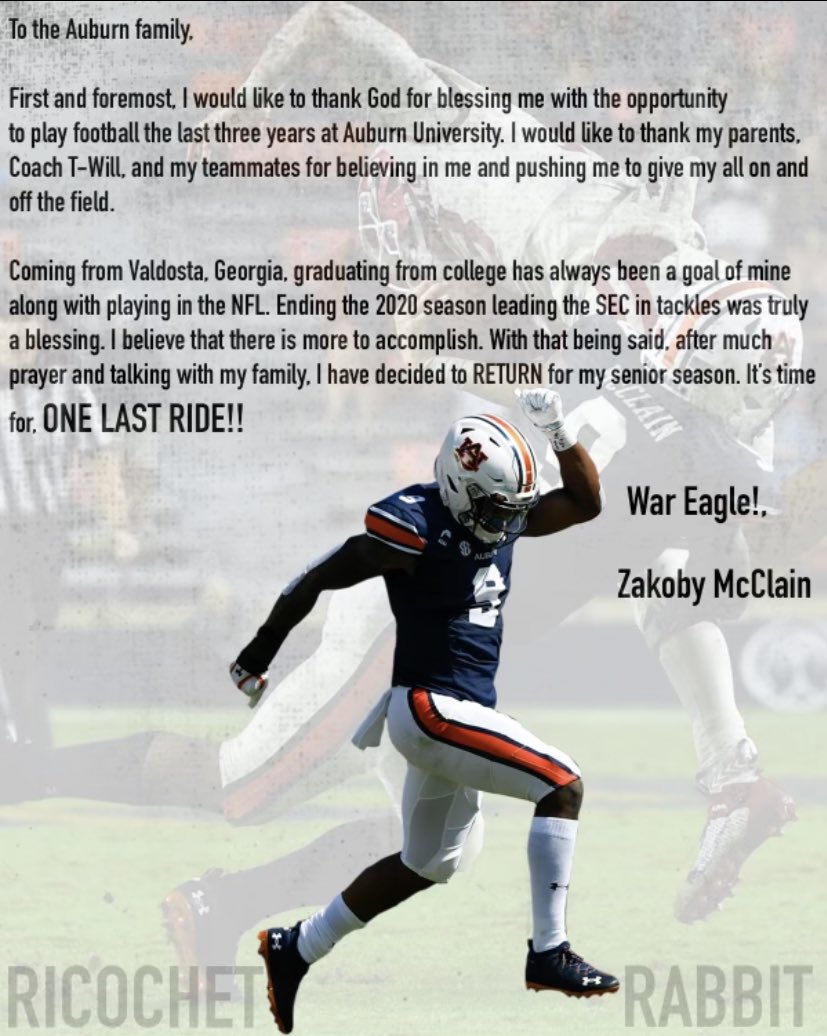 In addition to the SEC-leading 113 tackles, 5.5 of which were behind the line of scrimmage, McClain also had 3 sacks, 1 pass breakup and 1 forced fumble.

He’ll be a great centerpiece for new Auburn DC Derek Mason to build around in 2021.