Usually, the only time you notice a long snapper is when they mess up, so it’s best for them to stay under the radar. Still, they’re important members of the team, and on Tuesday, Florida added a long snapper to its 2019 recruiting class.

As you can see below, Florida native Chase Whitfield announced on Twitter that he was committing to the Gators: 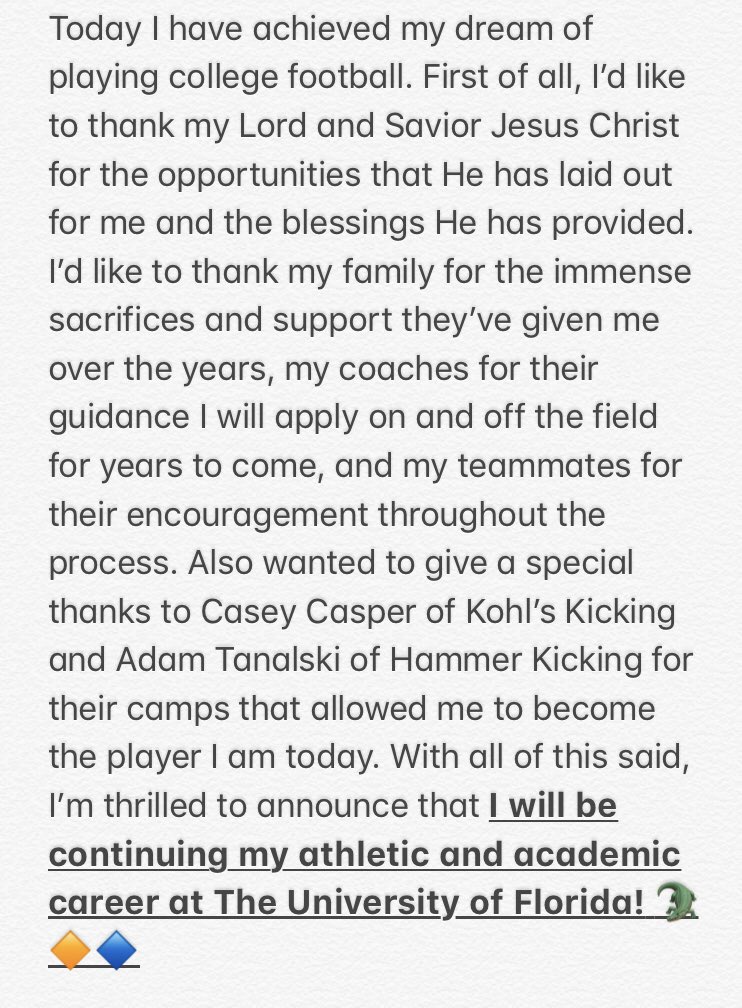 Whitfield has not been rated by any of the major recruiting services. According to KohlsKicking.com, he is a 4.5-star long snapper.