Florida releases its first depth chart of the season

The veil of secrecy in Gainesville has been lifted, along with a depth chart, Florida has released an official 2020 roster with the season opener just days away.

You have to take all depth charts with a grain of salt, but at least Dan Mullen was willing to share one on Monday heading into Florida’s first road trip of the season to Ole Miss.

The Gators and Rebels are set to kick off from Oxford at Noon ET / 11 a.m. CT on ESPN immediately following the conclusion of College GameDay. Florida is a tw0 touchdown favorite in the matchup.

Items of note from Florida’s debut depth chart include the absence of last season’s starting defensive lineman Kyree Campbell. He’s not listed at all, which is interesting, especially considering the growing speculation that the senior lineman may choose to opt-out this fall. Mississippi State graduate transfer offensive lineman Stewart Reese is slated to start at right guard.

Here is a look at the first Florida depth chart for the 2020 season: 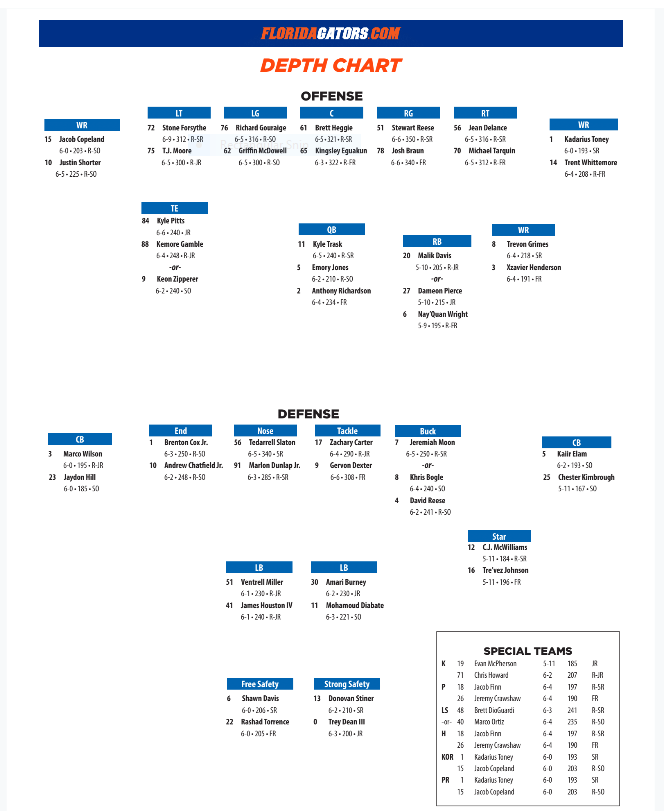