The Gators may need to make these uniforms an annual tradition.

Florida made waves last fall when the program announced the Gators would be wearing 1960s throwback uniforms for the team’s Homecoming showdown against Auburn. Considering Florida’s performance that day in The Swamp, the Gators beat the Tigers 24-13 in a showdown of unbeaten teams, and how well-received these uniforms have been for the program, we hope to see more of them in the future.

In fact, Uniswag has named these Florida jerseys the “Throwback Uniform of the Year” on Tuesday.

The Gators recently announced that South Carolina will be the program’s 2020 Homecoming opponent. While nothing has been announced regarding the Gators’ uniforms for that matchup, we hope these uniforms make an appearance against the Gamecocks.

Here’s the graphic Uniswag shared to announce the news on Twitter: 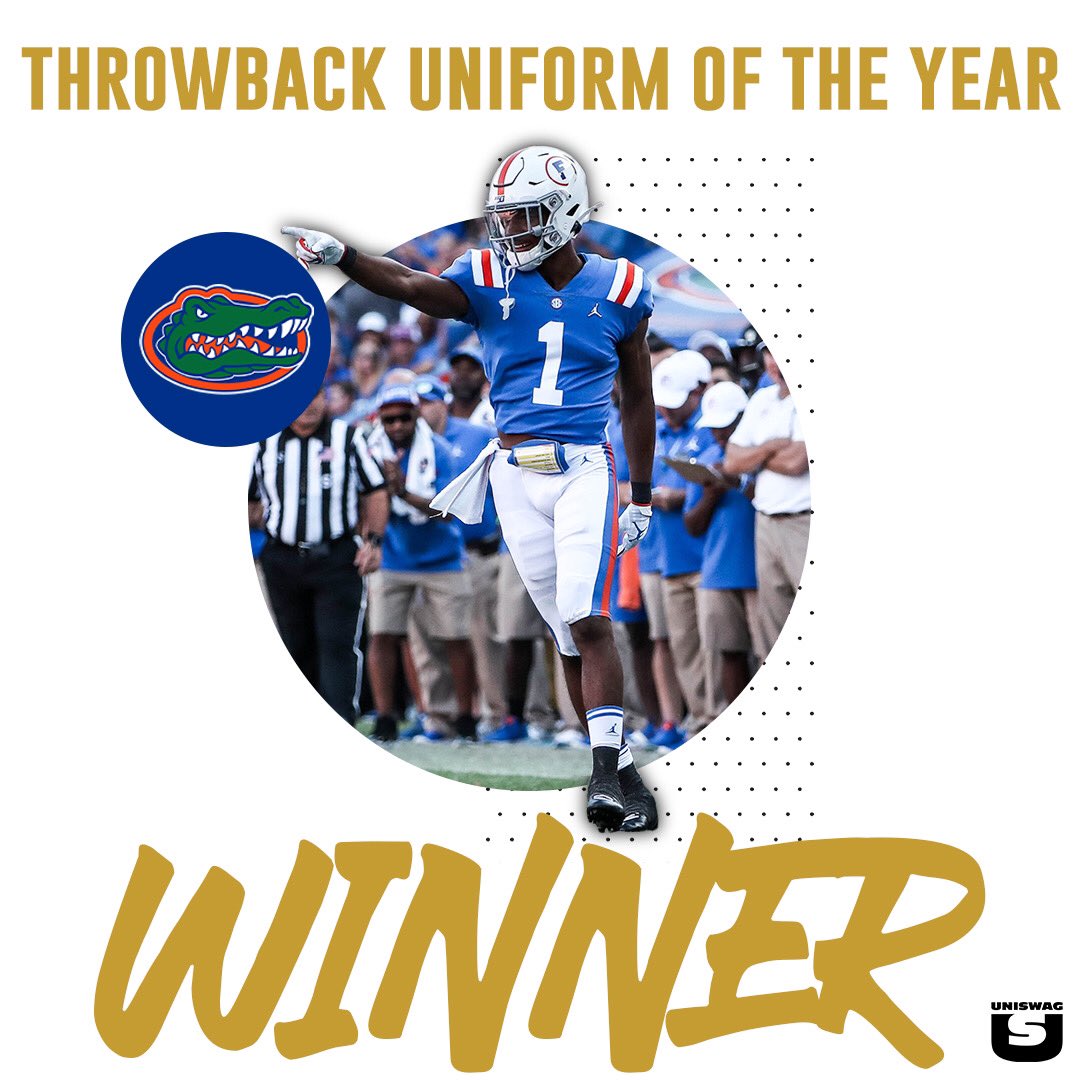