Florida has added an intriguing in-state athlete to its 2022 recruiting class.

Berkeley Prep (Tampa, FL) two-sport athlete CJ Hawkins tweeted his commitment announcement (below) to the Gators on Sunday. After previously only playing basketball, Hawkins, who checks in at 6-7, 220 pounds, played his first season of football in the fall.

He started picking up football scholarship offers in late 2020. His recruiting has taken off this year as he’s now up to 29 offers. Florida, Alabama, Georgia, Texas and Stanford all extended offers this month.

Rivals rates Hawkins a 3-star prospect. Rivals national recruiting analyst Adam Gorney, however, shared why Hawkins may be the most underrated tight end in the class of 2022:

CJ Hawkins is not a perfect tight end by any stretch but he has some intangibles that make me believe four or five years from now he could be incredibly special on the college level. First, not many people who are 6-foot-7 move that well on a football field. He runs well, he has good hands and Hawkins has only played one season so the upside is incredible. If Hawkins’ rating was based solely on his current performance, then I’d say he’s probably a high-level three-star. But his ranking is based on expected college performance and NFL potential and that’s why he has an argument as the most underrated tight end nationally. If he’s developed correctly on the college level, a 6-foot-7, 220-pound tight end who can flex out and block is rare.

Hawkins holds basketball offers from USF, Western Michigan and IUPU. 247Sports has not given Hawkins a star rating as a football prospect. Hawkins has recently been playing 7-on-7 football.

His high school highlights can be viewed in the Hudl video embedded below: 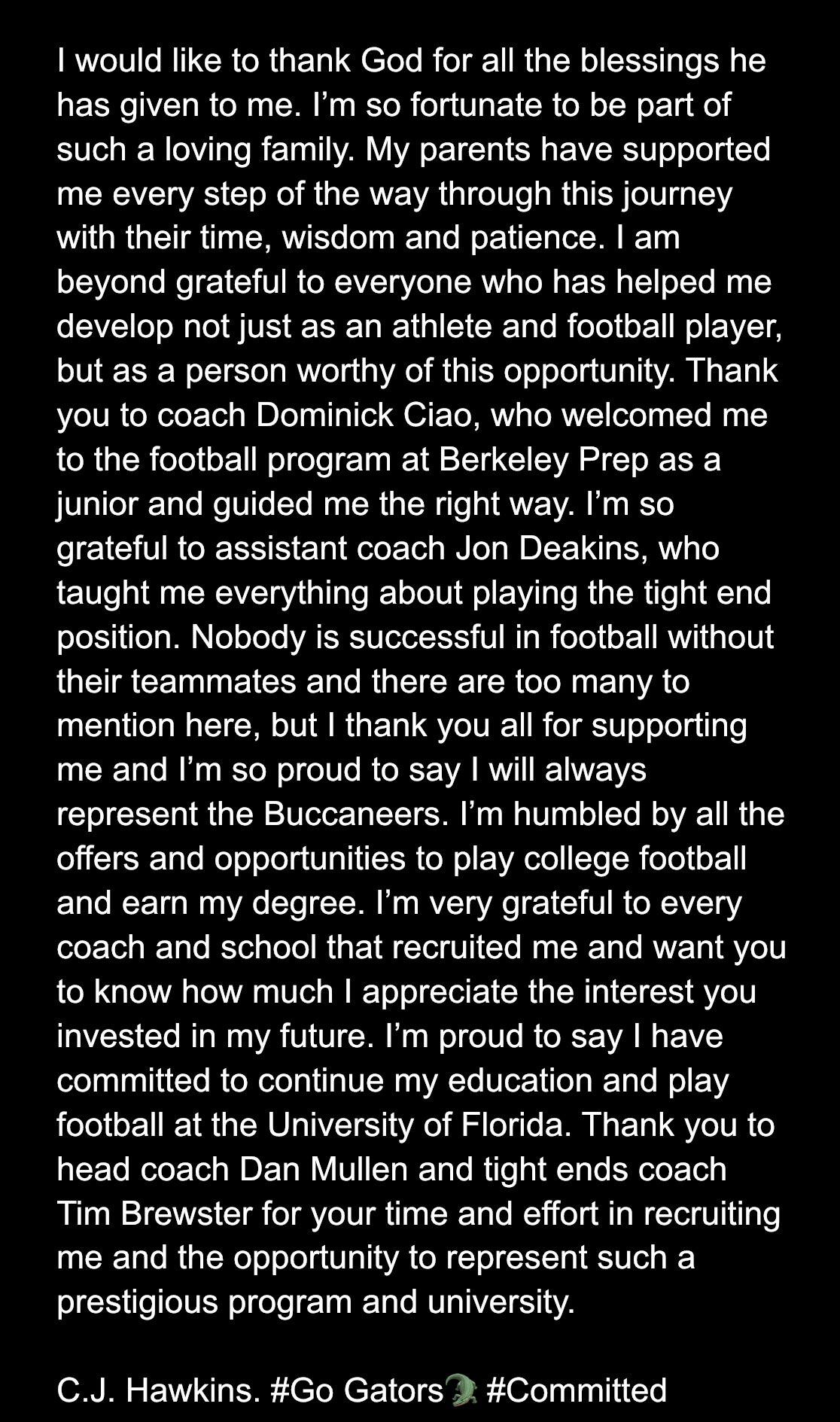