One of the top-30 players in the 2021 recruiting class gave Florida some good news with a surprise commitment announcement.

Miami Palmetto cornerback Jason Marshall announced his commitment to Dan Mullen’s Gators on Sunday via his Twitter account. The 6-2, 180-pound Marshall is rated 5-stars, the No. 2 cornerback, No. 7 recruit in Florida and No. 29 prospect overall nationally who is set to play in the Under Armour All-America postseason high school all-star game. Quarterbacks coach Brian Johnson, UF’s Miami-area recruiter, and cornerbacks coach Torrian Gray led the staff’s recruitment of Marshall.

Marshall’s announcement surprised many Gator fans. On 247Sports, 6 recruiting experts submitted Crystal Ball predictions with 5 high-confidence picks for Miami and one medium-confidence pick for Alabama. On Rivals, all 14 FutureCast predictions since Aug. 1 for Marshall had him going to the hometown Hurricanes.

Miami Palmetto has been in the recruiting spotlight throughout the 2021 recruiting cycle and even more so lately. Earlier this week, 5-star Palmetto defensive lineman Leonard Taylor committed to UM over UF. Palmetto 4-star safety Corey Collier is set to announce his commitment on Monday. Collier is down to a final 3 of Florida, LSU and Miami.

Unsurprisingly, Marshall is the highest-rated commitment in Florida’s 2021 recruiting class which moved up 3 spots from No. 12 to No. 9 on the Composite. The Gators now have 24 pledges in the class.

Marshall’s junior season Hudl highlight tape and commitment announcement can each be viewed below: 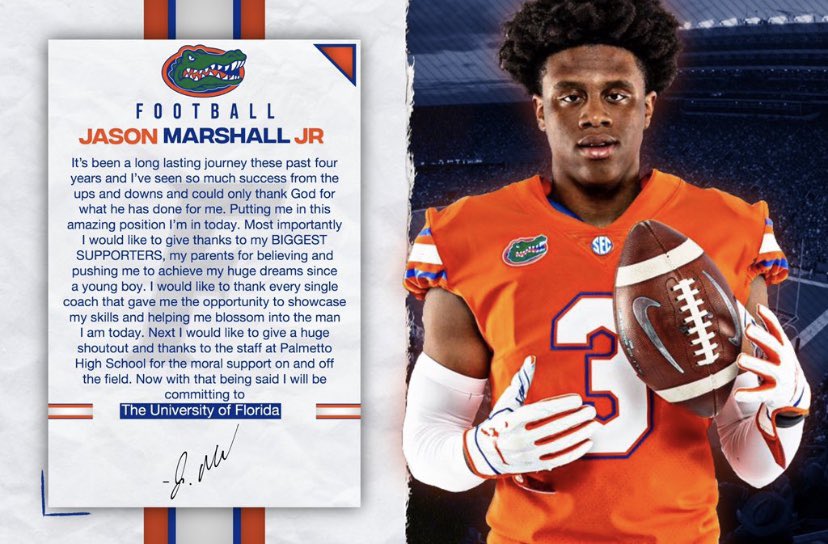 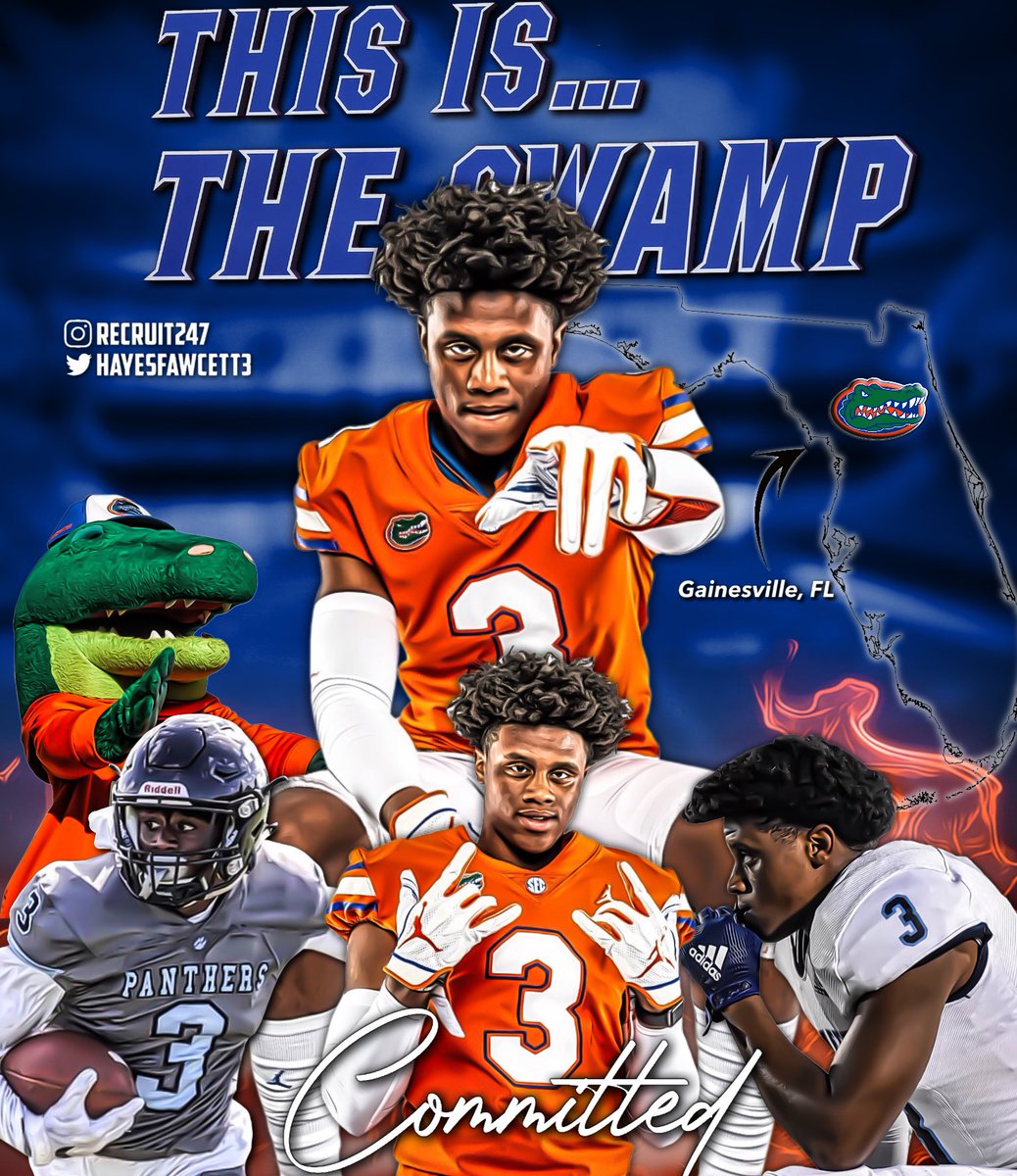