The Florida Gators are 3-0, but have been decimated by injuries, including to WR Kadarius Toney and QB Feleipe Franks.

As they prepare for a Week 4 game against Tennessee, the depth chart has undergone some changes.

As you can see in the updated depth chart, released on Monday, Kyle Trask and Emory Jones are now listed as the co-starters at quarterback: 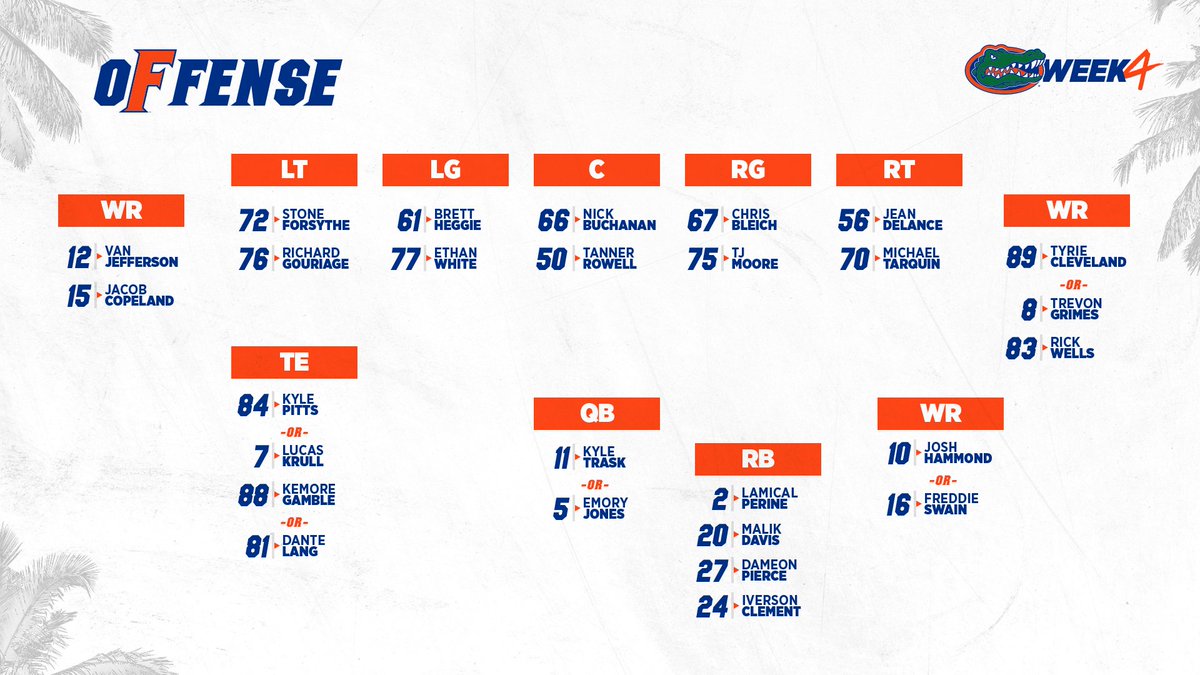 And, here’s a look at the defense, which still has star CB CJ Henderson listed as a co-starter, presumably because the Gators don’t know his injury status yet: 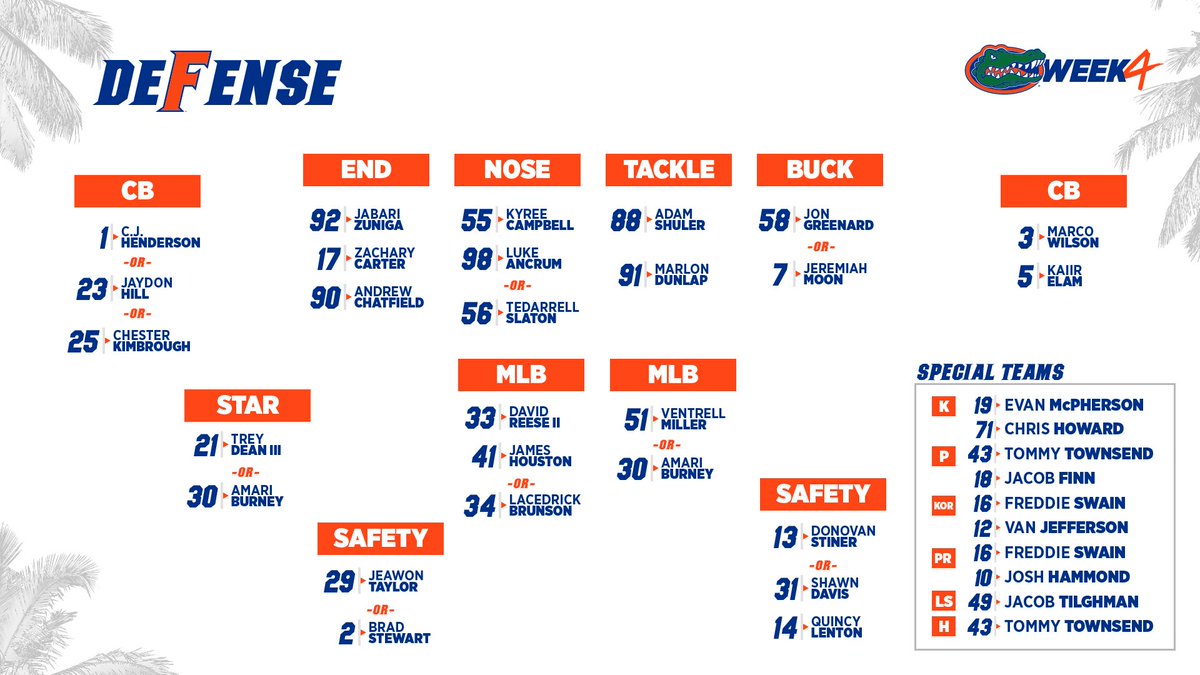 How will the Gators fare against the Vols? We’ll find out on Saturday, when Trask and Jones will have to lead the offense.