Whatever you think of Tim Tebow, you cannot say he doesn’t move the needle.

Some may think the Heisman Trophy winner from Florida gets too much attention in the media, especially after signing as a tight end just hoping to make the 53-man roster for the Jacksonville Jaguars, but the fact that Tebow has the top five selling jerseys on the NFL Shop’s online store proves that the legendary Gator remains as popular as ever.

You read that correctly, Tebow currently has the top five selling jerseys in the NFL the same week he signed on to compete for a roster spot in Jacksonville.

If you don’t believe it, here is a screenshot of the NFL Shop’s top five jerseys.

Outside of Tebow, Chicago Bears rookie quarterback Justin Fields has the top-selling jersey in the NFL. 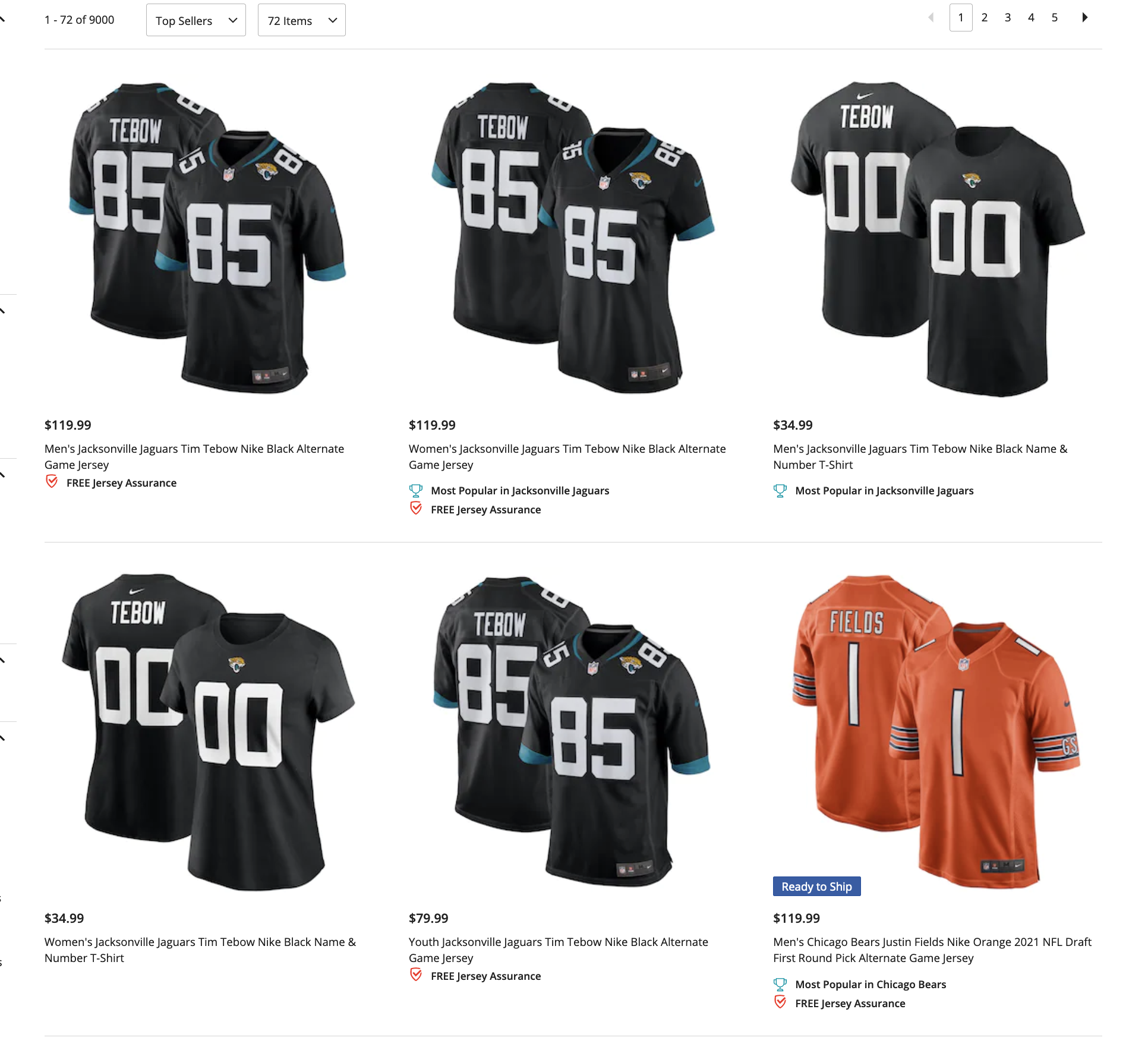