George Pickens is off to the NFL after 3 seasons at Georgia. Pickens made the announcement Friday on his Instagram account.

“As a kid in Birmingham, I always dreamed of being in this position and it is happening right before my eyes,” Pickens wrote in his announcement note. “I made the decision to come to UGA because I wanted to be a National Champion, and now, with my brothers, we have accomplished that goal and these moments I’ve shared here at UGA will stick with me forever.”

Pickens had a 52-yard reception in the national title game Monday. It was one of just 4 appearances this season after his spring ACL injury.

“I want to thank Ron Courson and the entire athletic training staff for the dedication they showed in getting (me) back on the field,” Pickens wrote. “They went over and beyond with the rehab program and I can’t say thank you enough.”

Pickens leaves Georgia with 90 catches for 1,347 yards and 14 touchdowns over 26 games. 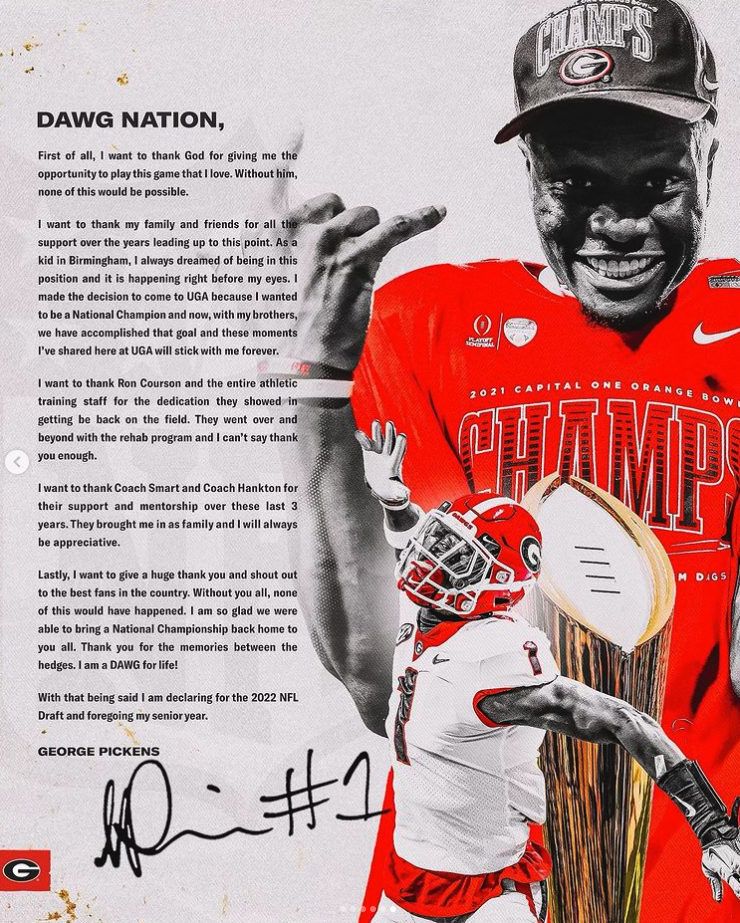