Georgia S Richard LeCounte III missed the last few games of the 2020 season with injuries suffered during a motorcycle accident.

Thankfully, he’s OK and will soon be back on the football field. The only question was whether he’d do it in a Georgia uniform or in the NFL.

Well, on Wednesday evening, LeCounte confirmed that he was declaring for the 2021 NFL Draft, bringing his Georgia career to an end: 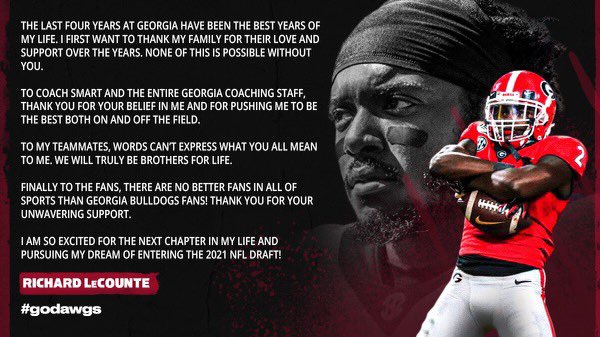 LeCounte is one of the best safeties in the country, so he’ll be missed in Athens next year. We’ll see where he ends up going in the draft.