Georgia defensive back Tyson Campbell announces his plans for 2021 season

Tyson Campbell’s time in Athens has come to an end.

That’s because the junior defensive back for the Bulldogs has just announced he will leave Georgia and declare early for the 2021 NFL Draft.

“I want to thank Coach Smart and the entire Georgia coaching staff for the opportunity to play at the Univesity of Georgia. I can’t think you enough for not just helping me become a better player, but a better person as well.

“To my brothers, thank you for all of the memories that we made and the relationships that will truly last a lifetime.”

Campbell started every game for Georgia this season, registering 29 tackles, one interception (the first of his career) and five passes defended.

Rated as one of the best cornerback prospects in the nation during the 2108 recruiting cycle, Campbell signed with Georgia out of American Heritage out of Plantation, Fla. Before arriving at Georgia, he competed in the 2018 U.S. Army All-American Bowl.

He released the following statement to announce his decision to declare for the 2021 NFL Draft. 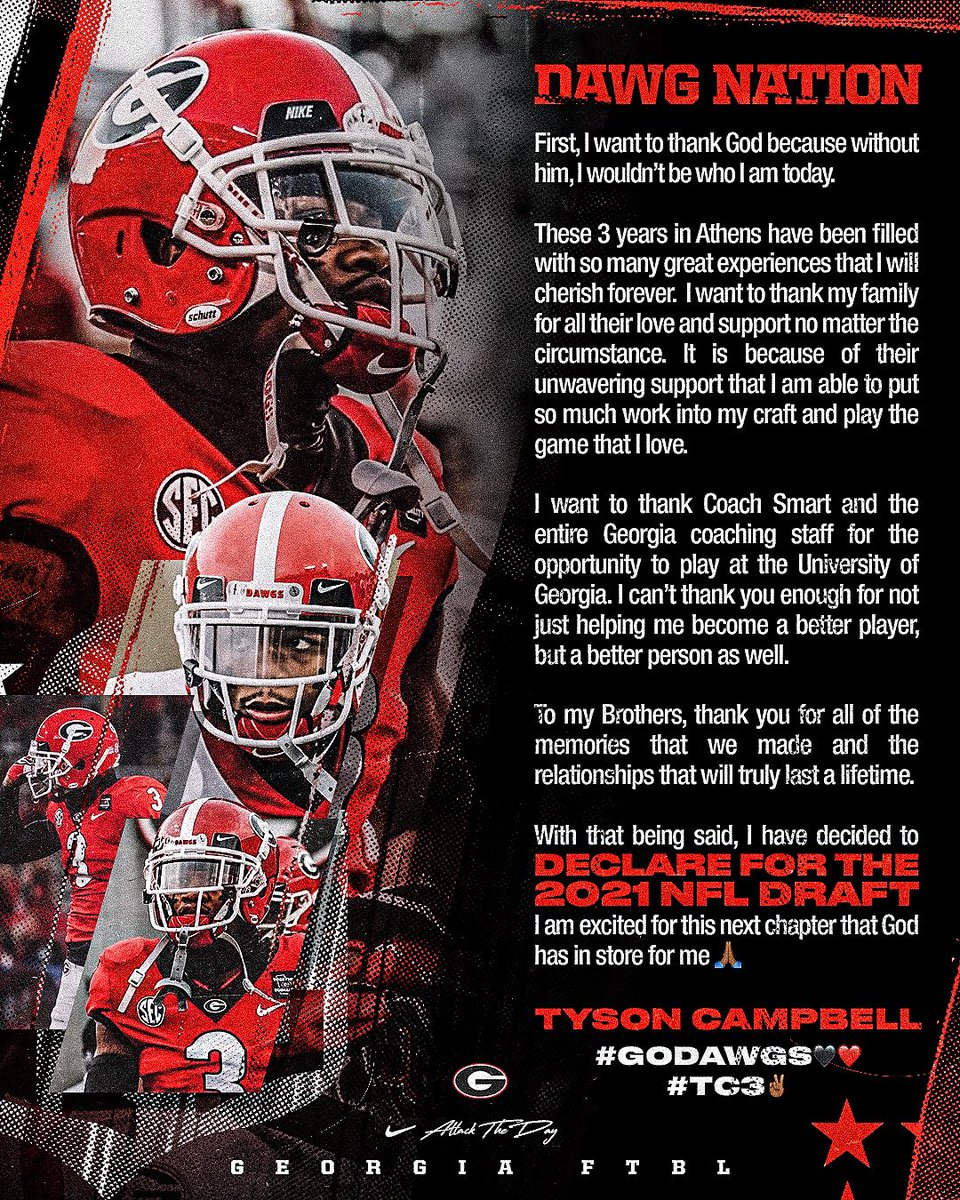