On Friday afternoon, the Cleveland Browns reportedly traded running back Carlos Hyde to the Jacksonville Jaguars.

While that may not mean much for SEC fans since Hyde went to Ohio State, the trade does open up plenty more opportunities for former Georgia standout Nick Chubb.

As noted in this image tweeted by Pro Football Focus, Hyde was getting the majority of snaps in Cleveland’s running back rotation: 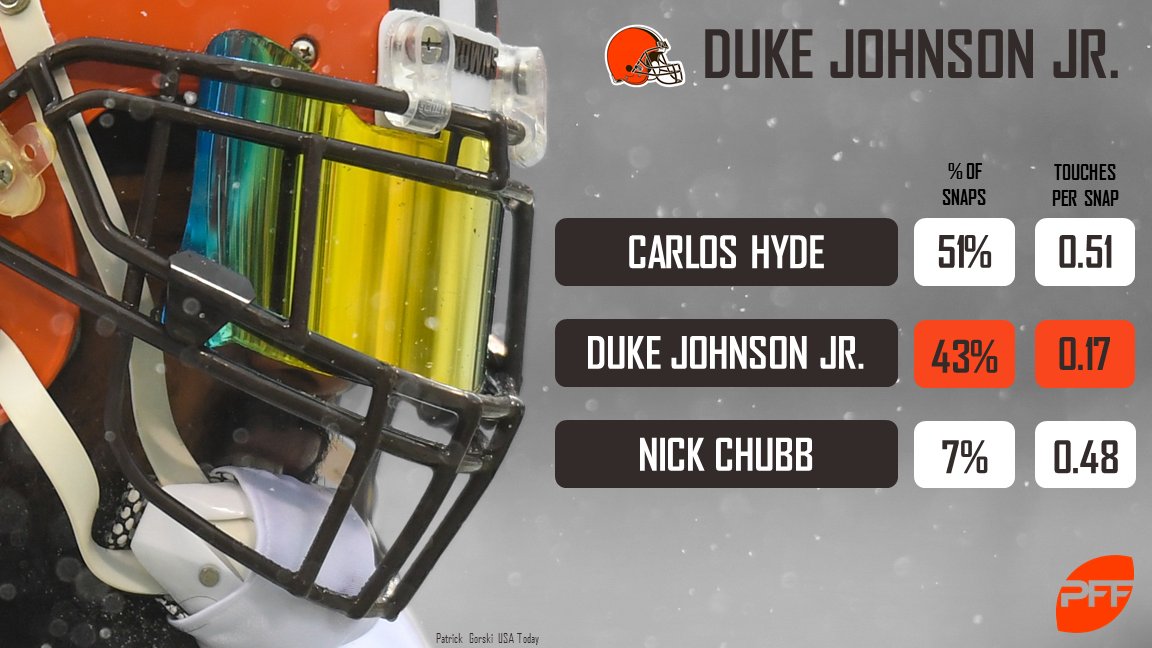 Hyde’s trade will give the former Bulldog much more room to shine, as he tries to make his mark on a Browns offense that seems very improved from years past. Chubb has only logged 16 carries so far this year, but has already rushed for 173 yards and two touchdowns. The Browns would love to see him keep that kind of pace (though highly doubtful) with more carries coming his way.

Jake Nichols
Besides writing for Saturday Down South, Jake serves as the sports editor for the Tennessee Journalist. He also covers high school football for The Mountain Press and has a passion for all things SEC. Follow Jake on Twitter at @jnichols_2121.