Kentucky fans eager to take in another season of Wildcat basketball will soon be able to do just that but getting into Rupp Arena may be tougher than expected.

According to a statement released by Kentucky on Friday, the school is planning to cap Rupp Arena attendance at 15 percent of capacity. That figure means roughly 3,075 people will be allowed to be inside the facility for games this season.

That figure includes the players, coaches and staff for both teams in addition to the media, not just fans.

It’s important to note, however, that Kentucky clearly notes this is the “anticipated” plan for attendance this season. So, in theory, these figures could be changing as the season nears or during the season.

Here is the statement issued by the school on Friday: 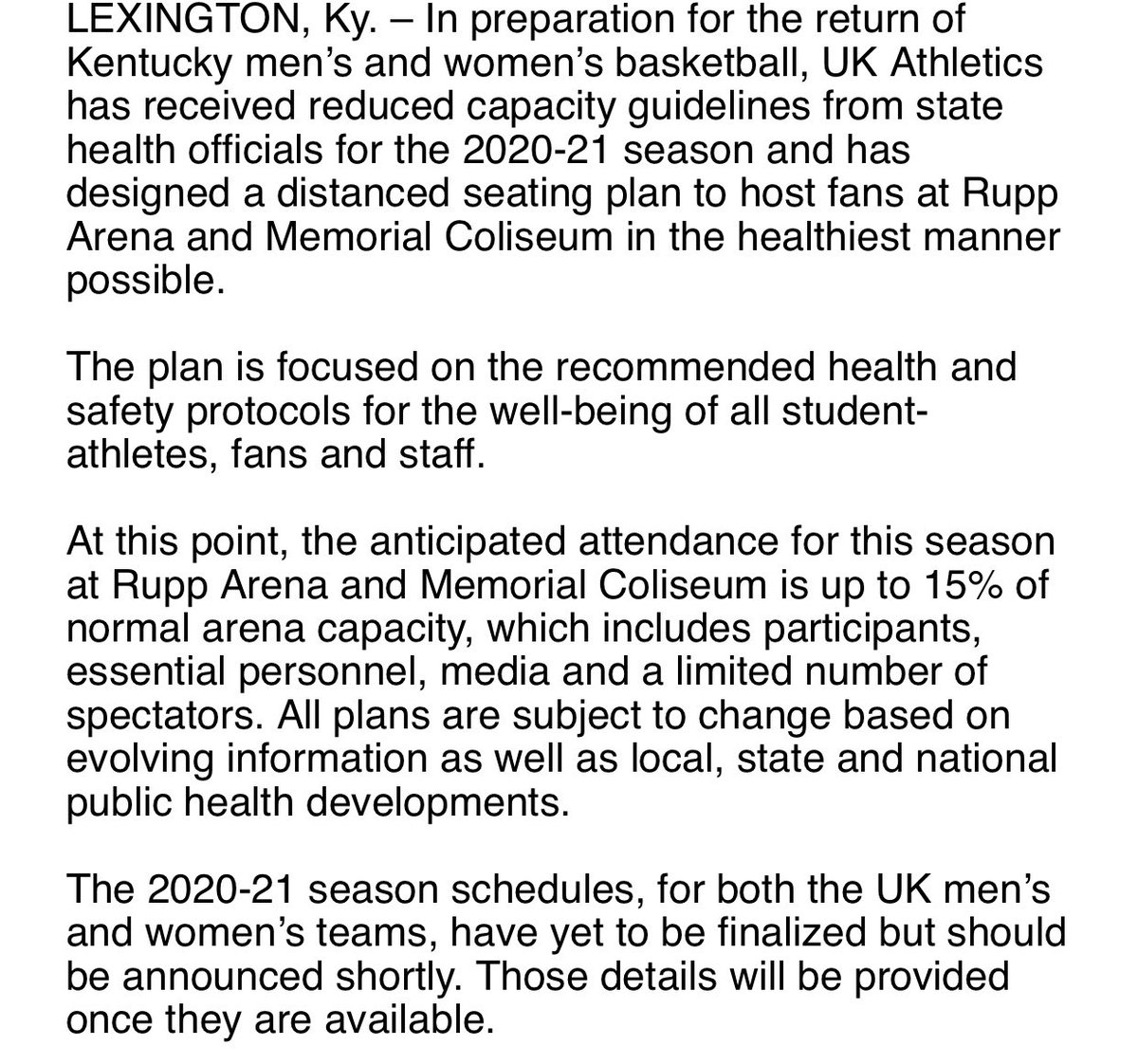 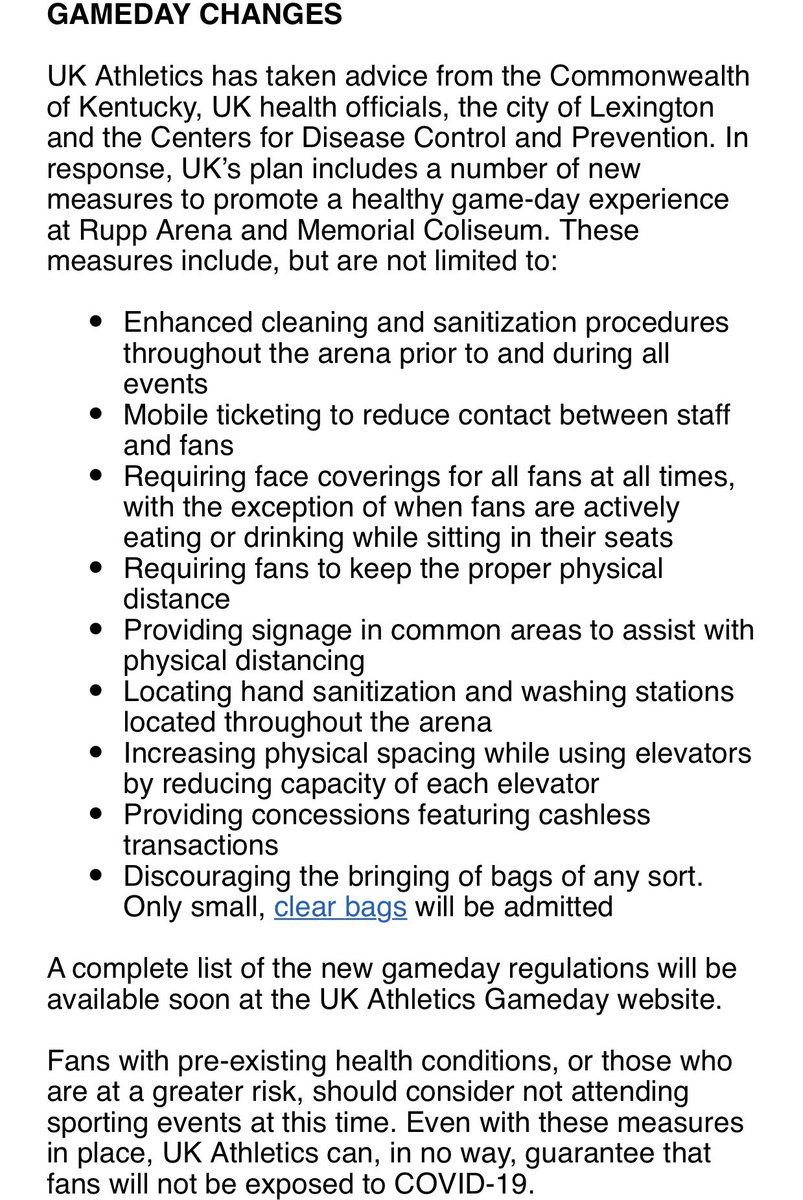