The 2017 LSU regular season won’t be remembered for any championships.

The regular season that concluded with a 45-21 victory against Texas A&M on Saturday night in Tiger Stadium won’t be as remembered as anything special, but it looks a whole better heading into December than it did heading into October.

The No. 18 Tigers are 9-3 as they await word on their bowl destination.

In the meantime, there are many elements worth remembering:

1. The unexpected visit to the Mercedes-Benz Superdome

LSU was supposed to open the season in Houston against BYU, but Hurricane Harvey forced a change of venue and the game wound up in the Tigers’ home away from home, where they have played in numerous Sugar Bowls and won national championships after the 2003 and 2007 seasons.

LSU routed BYU 27-0, suggesting this might be a special season, but the Tigers weren’t as good as that performance promised, partly because the opponent wasn’t as challenging as its preseason billing suggested.

2. The blowout loss at Mississippi State

The Tigers were 2-0 and feeling confident when they opened SEC play, and then they were pushed around and embarrassed 37-7 in Starkville. The lack of competitiveness raised questions about Orgeron’s ability to compete in the SEC.

It was the low point of the season, a shocking 24-21 loss to a team from the Sun Belt Conference, a defeat that increased the level of concern about whether Orgeron was in over his head. But it also set the stage for a turnaround.

4. The win at Florida

Looking back at this one-point win, thanks in part to a missed extra point by the Gators, it seems less impressive than it did at the time because of Florida’s subsequent collapse. But at the time it was the Tigers who seemed headed for a collapse before gutting out a road win against what was then the No. 21-ranked team in the country.

5, The comeback against Auburn

6. The running of Derrius Guice 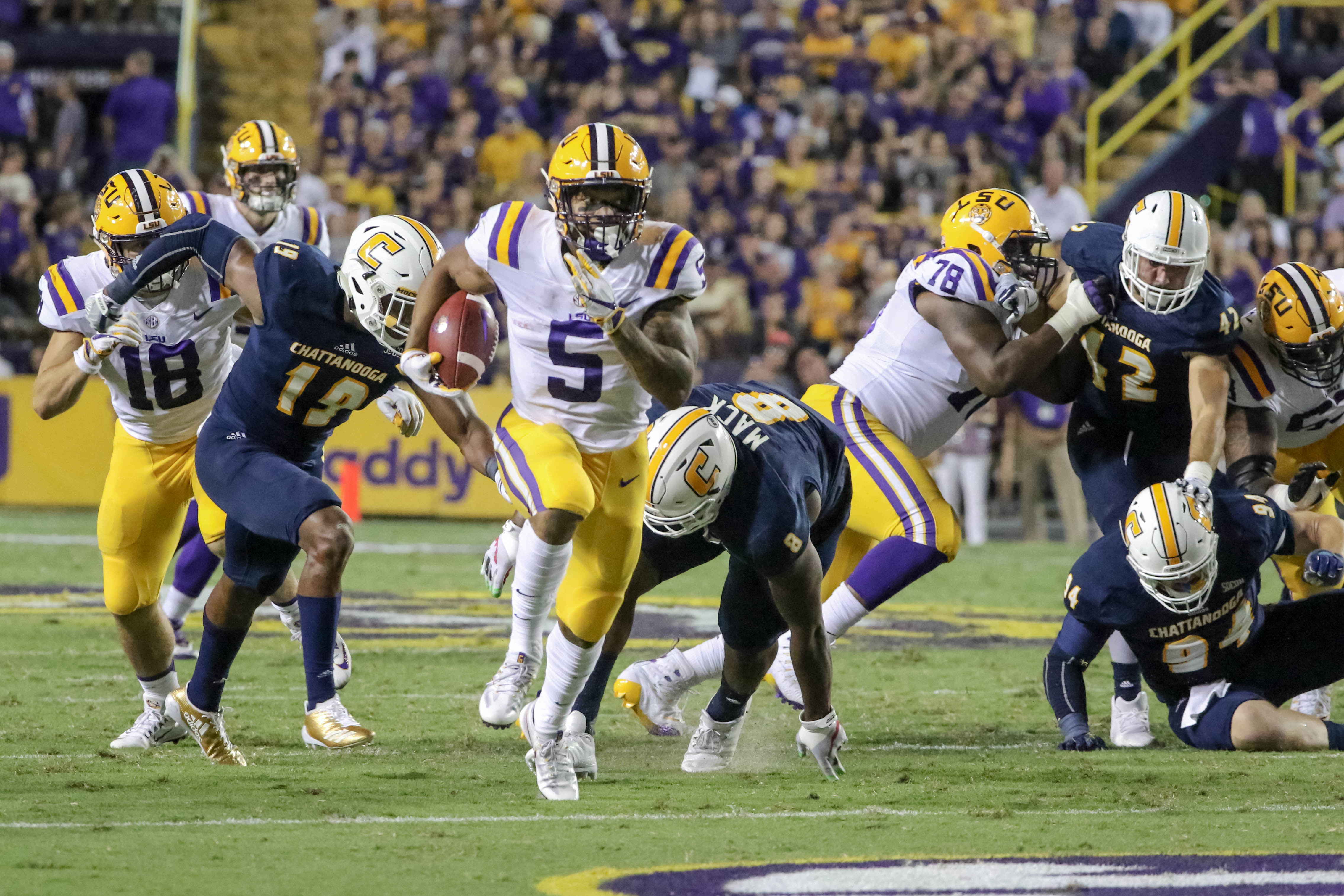 He spent the early part of his career as an understudy to Leonard Fournette and he he spent the first half of his junior (and presumably last) season hobbled by a leg injury. But when he played, especially when he was healthy, he was one of the most productive running backs in LSU history and the only SEC player with three games of 250 rushing yards, the last one coming against Ole Miss this season when he first got close to 100 percent.

There’s not much that’s memorable about a 24-10 loss, but the Tigers’ offensive and defensive lines — pushed around by Mississippi State and even Troy earlier in the season — held their own against the Crimson Tide. It demonstrated that the program might not be as far away from championship-contender status as it seemed in September.

It has been a season-long work in progress, but down the stretch Tigers fans saw the creativity and versatility they had been longing for from their offense. The transition to a much different system and some injuries contributed to uneven offensive performances early on, but in games against Ole Miss, Arkansas and especially the finale against Texas A&M (season-high 601 yards), Canada’s scheme was clicking on all cylinders.

9. The emergence of Devin White

Arden Key was limited by injury much of season, but White came out of the shadows to become the defensive MVP, averaging double-digit tackles. The defense wasn’t always consistent up front, partly because of injuries, but White was as steady as could be.

A lot can change in 56 days. That’s the amount of time that passed from the loss to Troy to the win against Texas A&M. The Tigers won six of their last seven, losing only to Alabama. Orgeron’s first full season has featured a few bumps, but it’s been a smooth ride for the second half.