If you were unaware, Ed Orgeron was recently asked to appear in front of the Louisiana state senate committee on women and children following the allegations made by Ms. Gloria Scott against former LSU running back Derrius Guice.

Orgeron has decided against appearing, which is his right to do as the request to appear is a voluntary one, but did provide the following written statement to the Louisiana state senate committee according to Brooks Kubena of The Advocate.

Scott was previously asked to appear in front of the committee and she provided her experience following the interaction she had with Guice back in 2017.

Following Scott’s testimony, it has been revealed that a man claiming to be speaking on Scott’s behalf wanted Guice sat for the Citrus Bowl or $100,000. This news comes via WAFB-TV which obtained a recorded phone call, text messages and a police report detailing this information.

Scott has denied that she was seeking any form of payment from LSU and recorded voicemails that have been released back up her claim that she personally never asked for any money.

Here is the written statement Orgeron sent to the Louisiana state senate committee per Brooks Kubena of The Advocate. 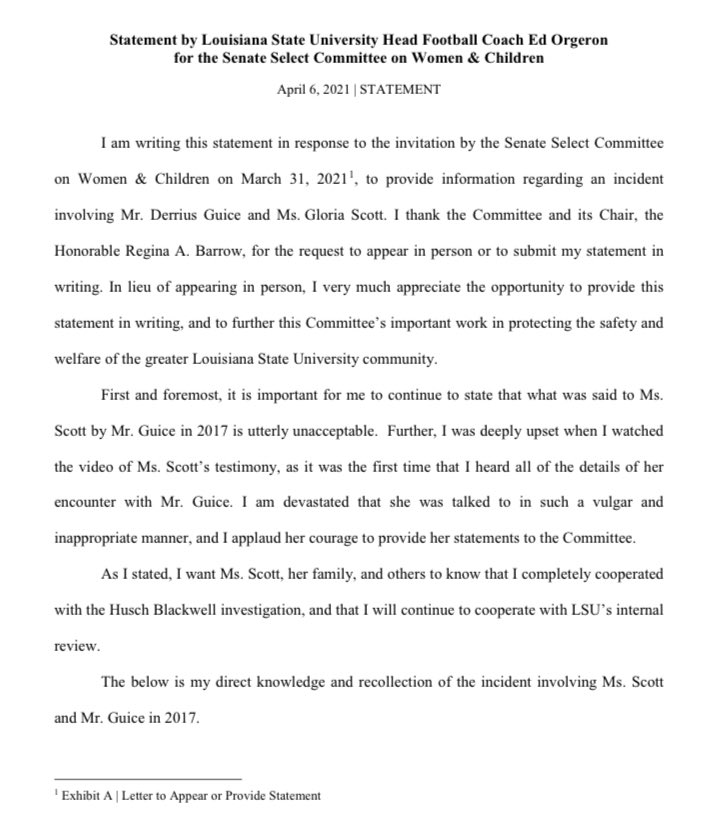 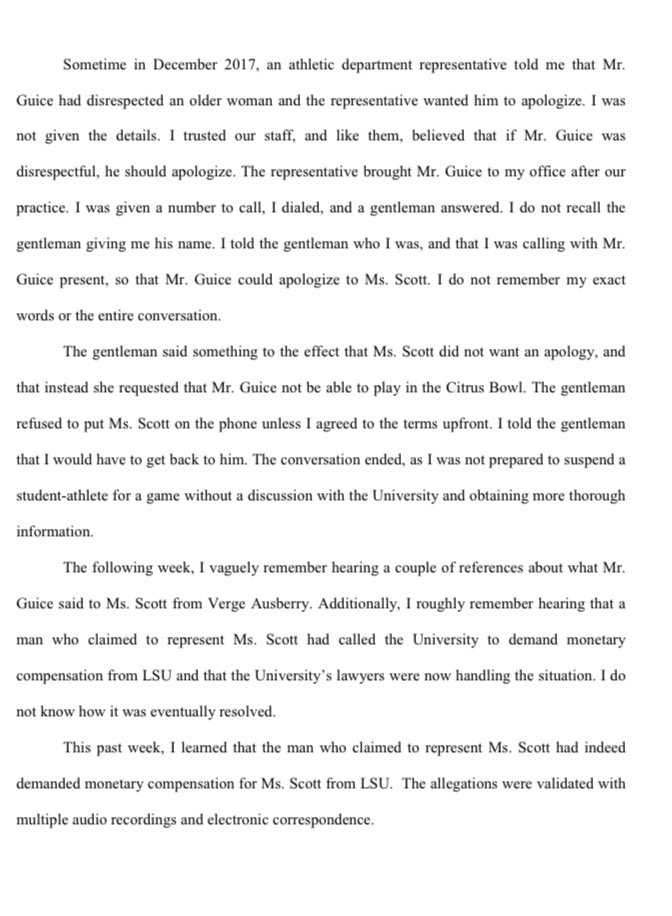 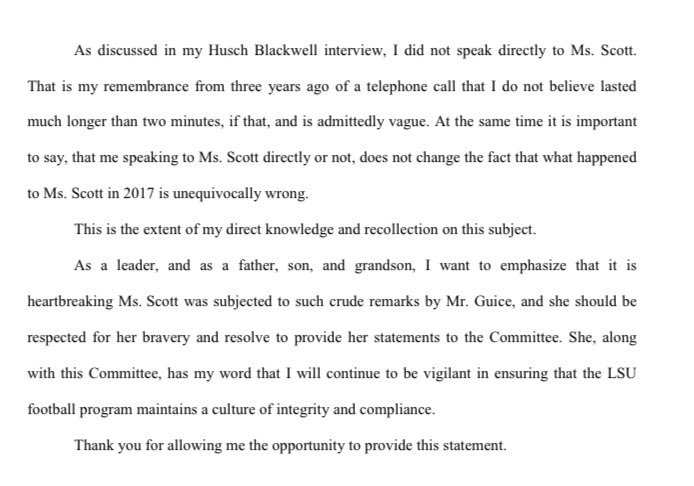