Ed Orgeron has never been more popular in the state of Louisiana.

Coming off the best season in LSU history, in which the Tigers ran through the 2019 schedule nearly unchallenged including wins in Tuscaloosa, a 27-point victory over Georgia in the SEC Championship Game, a 35-point win over Oklahoma in the Peach Bowl and a 17-point defeat of Clemson in the latest College Football Playoff National Championship Game, Orgeron can do no wrong in Louisiana.

If you were unaware, this month is Mardi Gras in New Orleans and that means Tiger fans are partying hard inside the Pelican State and enjoying the never-ending party that is life after winning a national championship.

To no surprise, Mardi Gras was not going to come and go without someone paying homage to the leader of the LSU program as Orgeron has been immortalized in a float for the party.

Adding to the creativity of the float, Orgeron’s caricature is choking chickens with the logos of Alabama and Clemson.

For Louisiana natives, this is probably the most popular float they’ll see this Mardi Gras.

Check it out below, courtesy of Dominic Massa of WWL-TV Channel 4 (CBS) New Orleans: 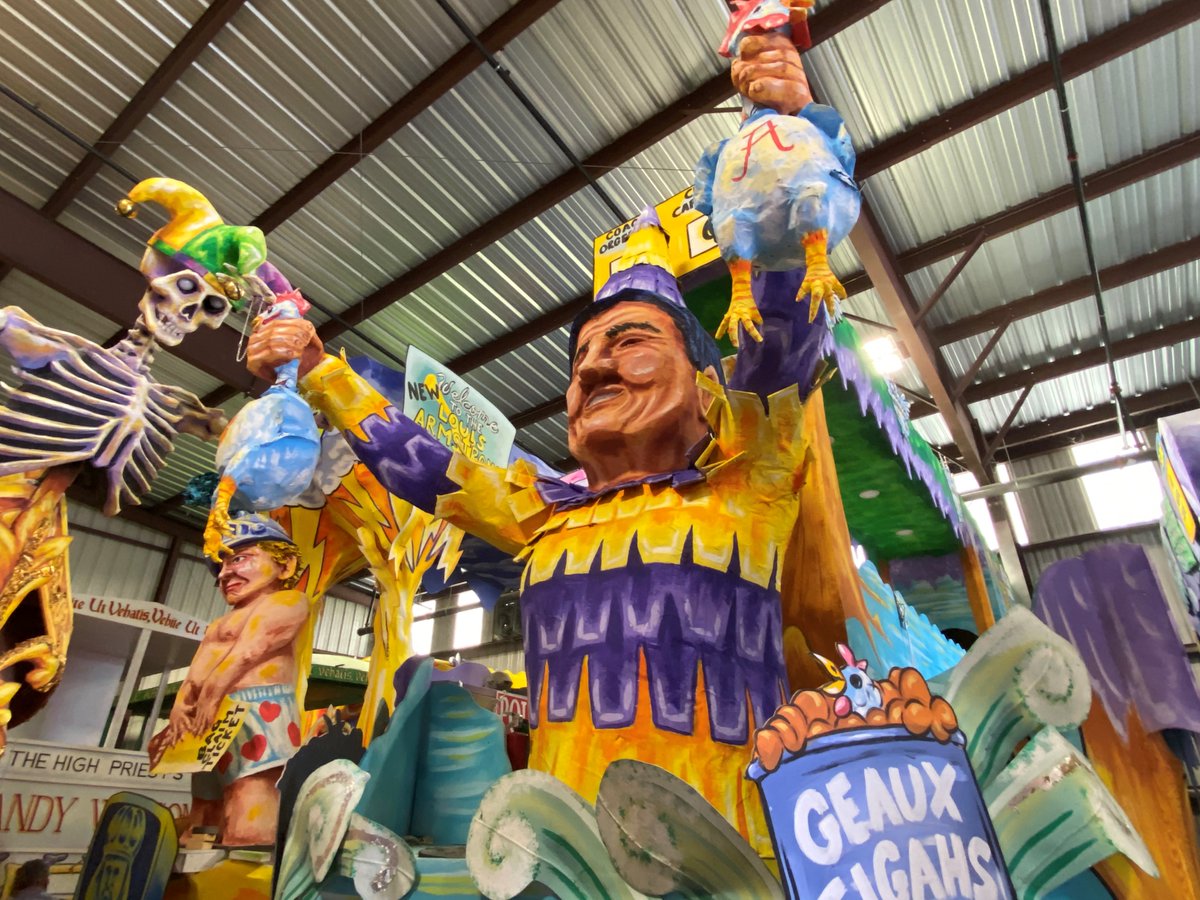