LSU’s 49-42 win over Florida on Saturday was a surprise for a number of reasons.

Maybe most shocking, however, was the way the Tigers ran the ball.

LSU entered the game averaging just 83 yards per game on the ground, which ranked 127th out of 130 FBS teams nationally.

But the Tigers (4-3, 2-2 SEC) gashed the Gators for 321 rushing yards, with Tyrion Davis-Price doing the bulk of the damage.

The 6-1, 232-pound junior carried the ball 36 times for 287 yards and 3 touchdowns in the winning effort, and his performance broke the single game school record of 284 yards, previously held by LSU great Leonard Fournette. 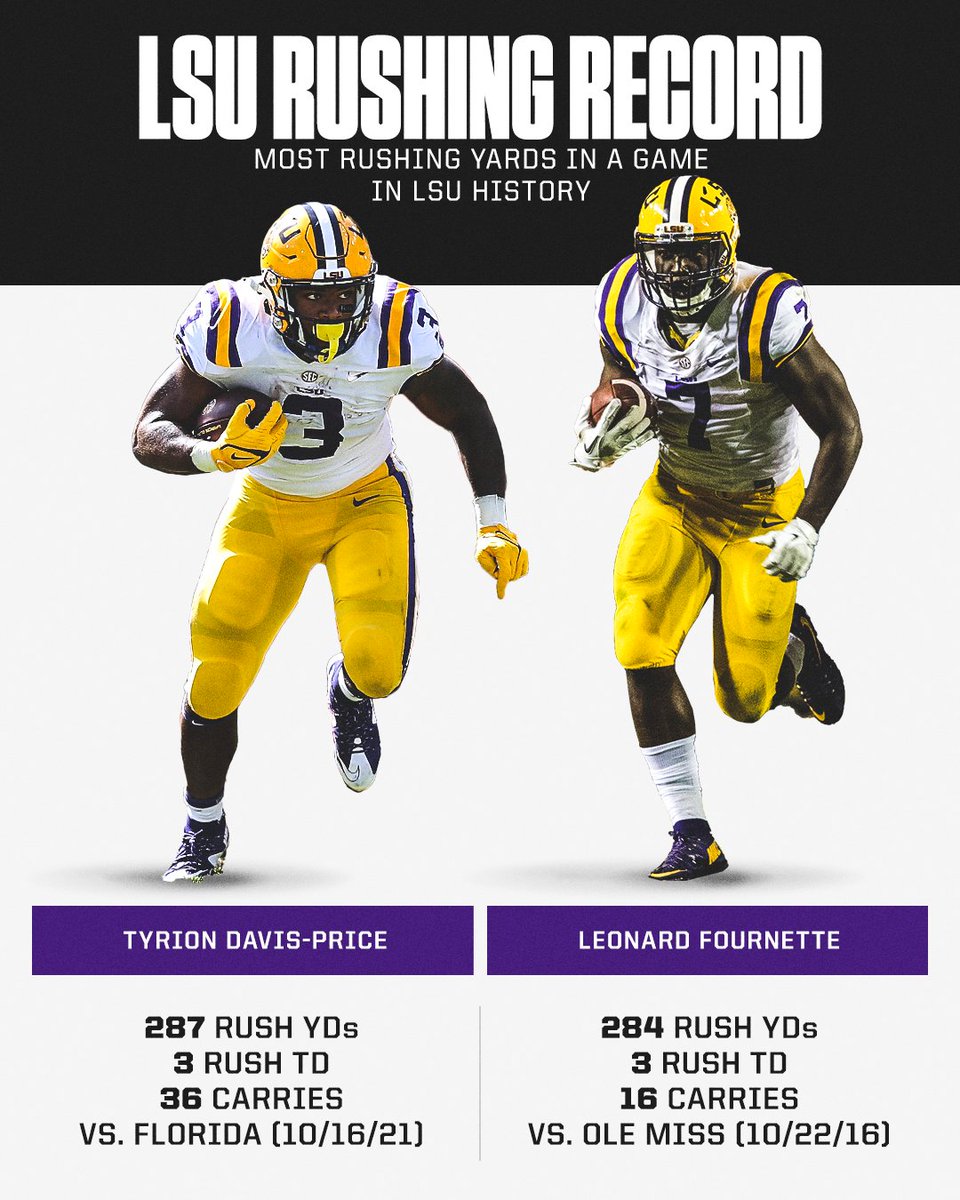 It was an amazing performance by Davis-Price, who had come into the game ironically with 287 yards rushing in the first 6 games of the season.

Among those to recognize the accomplishment was the previous record holder himself, as Fournette posted a congratulatory tweet after the game.

LSU will look to build off its win against the Gators when it travels to Ole Miss next Saturday.