Obviously, that comment ruffled some feathers in Baton Rouge, including those of new OC Steve Ensminger.

As you can see below, Ensminger seemed to fire back at McElroy with a graphic showing the seven LSU quarterbacks who have been selected in the past 20 NFL Drafts:

Ensminger’s graphic, which includes seven LSU quarterbacks to have been drafted in the last 20 years, is below: 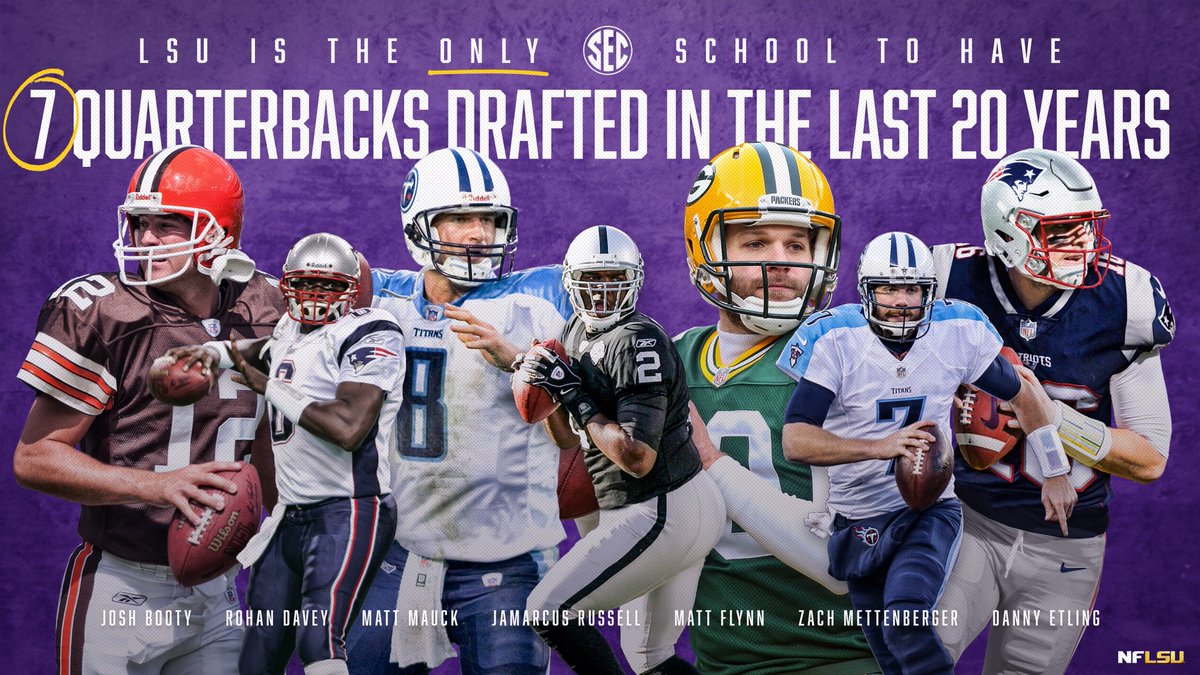 Though it’s impressive to have had seven quarterbacks drafted in the past 20 years, none of those guys exactly went on to a memorable career.

In fact, Matt Flynn is probably the most-successful player on the list, though JaMarcus Russell was the No. 1 overall pick in the 2007 NFL Draft.

Mauck and Flynn won national championships in their time at LSU, so maybe that’s what Ensminger should have focused on.