LSU RB Clyde Edwards-Helaire was one of the breakout stars for the Tigers during the title-winning 2019 season.

Now, he’s capitalizing on that outstanding season. On Wednesday night, Edwards-Helaire announced via Twitter that he was declaring for the 2020 NFL Draft: 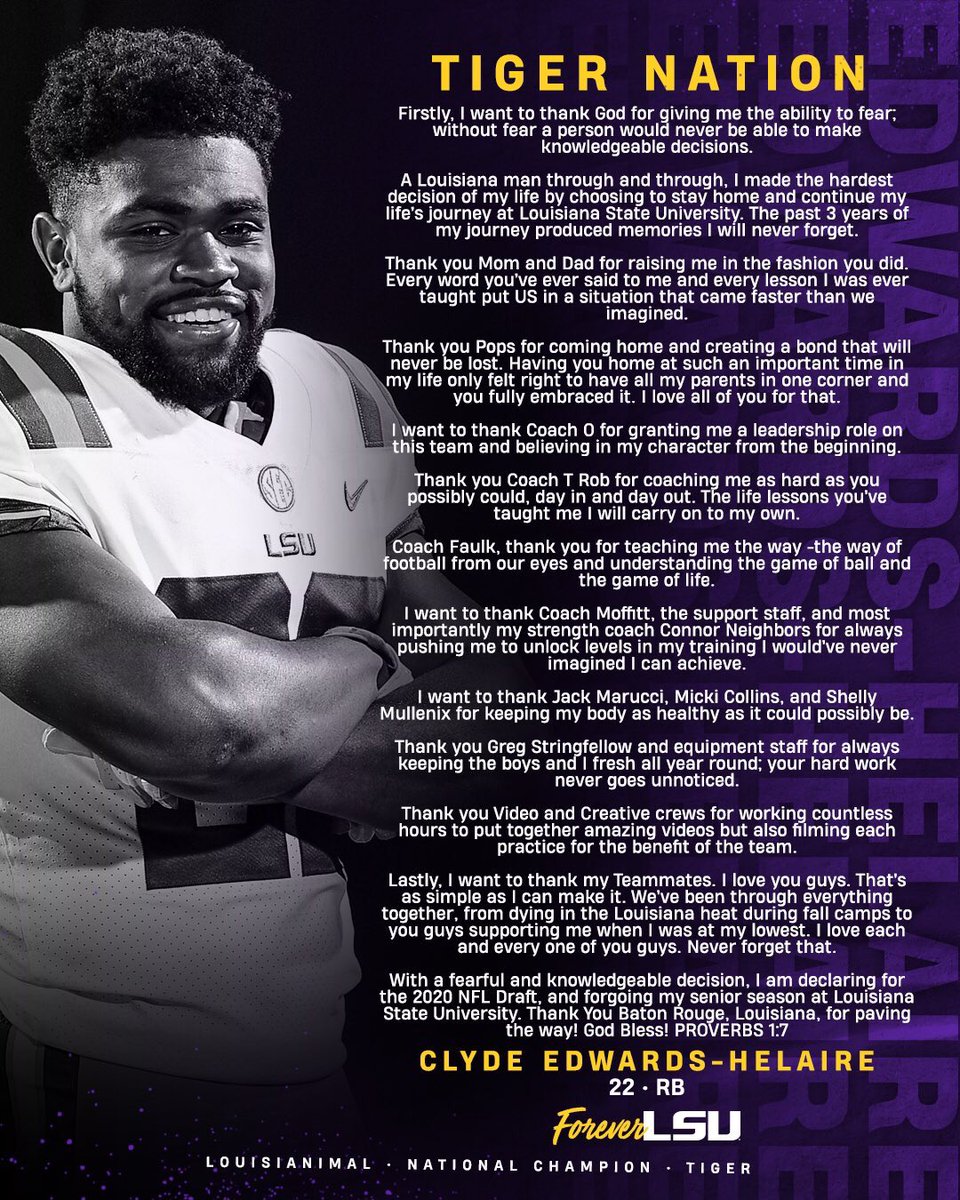 Edwards-Helaire showed exactly the kind of versatility that has made guys like Alvin Kamara and Christian McCaffrey stars in the NFL, so it’ll be interesting to see where he is drafted.

Meanwhile, the LSU running back room won’t be completely empty, as guys like John Emery, Chris Curry and Tyrion Davis-Prince should be back in Baton Rouge in 2020.