Thank you, Brandon Harris, for renewing my faith in college quarterbacks

Thank you, Brandon Harris, for zagging when seemingly every other quarterback in America not firmly atop the depth chart has chosen to zig.

Thank you for deciding to return to LSU for your senior campaign, despite the fact that all signs point to Danny Etling remaining as the starter under center in 2017. Being the backup doesn’t mean you’re some sort of failure.

Thank you for realizing that competition makes us all better. Three different QBs at Alabama alone thought otherwise and left Tuscaloosa. They’d rather be handed a job at a lesser school than work tirelessly — perhaps maximizing their potential in the process — to win it back from Jalen Hurts at the nation’s premier program.

Thank you for understanding that the gumbo isn’t always spicier on the other side of the bayou. It’s delicious in Baton Rouge already.

Thank you for looking forward to the arrival of new offensive coordinator Matt Canada. If he can work wonders with ex-SEC signal callers Jacoby Brissett and Nathan Peterman, there’s a chance he can do the same with you.

Thank you for being unaffected by the commitment of not one but two passers for February’s recruiting class, Myles Brennan and Lowell Narcisse — both of them four-star prospects. It wasn’t that long ago when you were a four-star signee yourself. As a matter of fact, you were rated higher than either Brennan or Narcisse in high school.

Thank you for not turning LSU into Texas A&M, one of your West rivals and unofficially “Transfer U” at the game’s most important position. 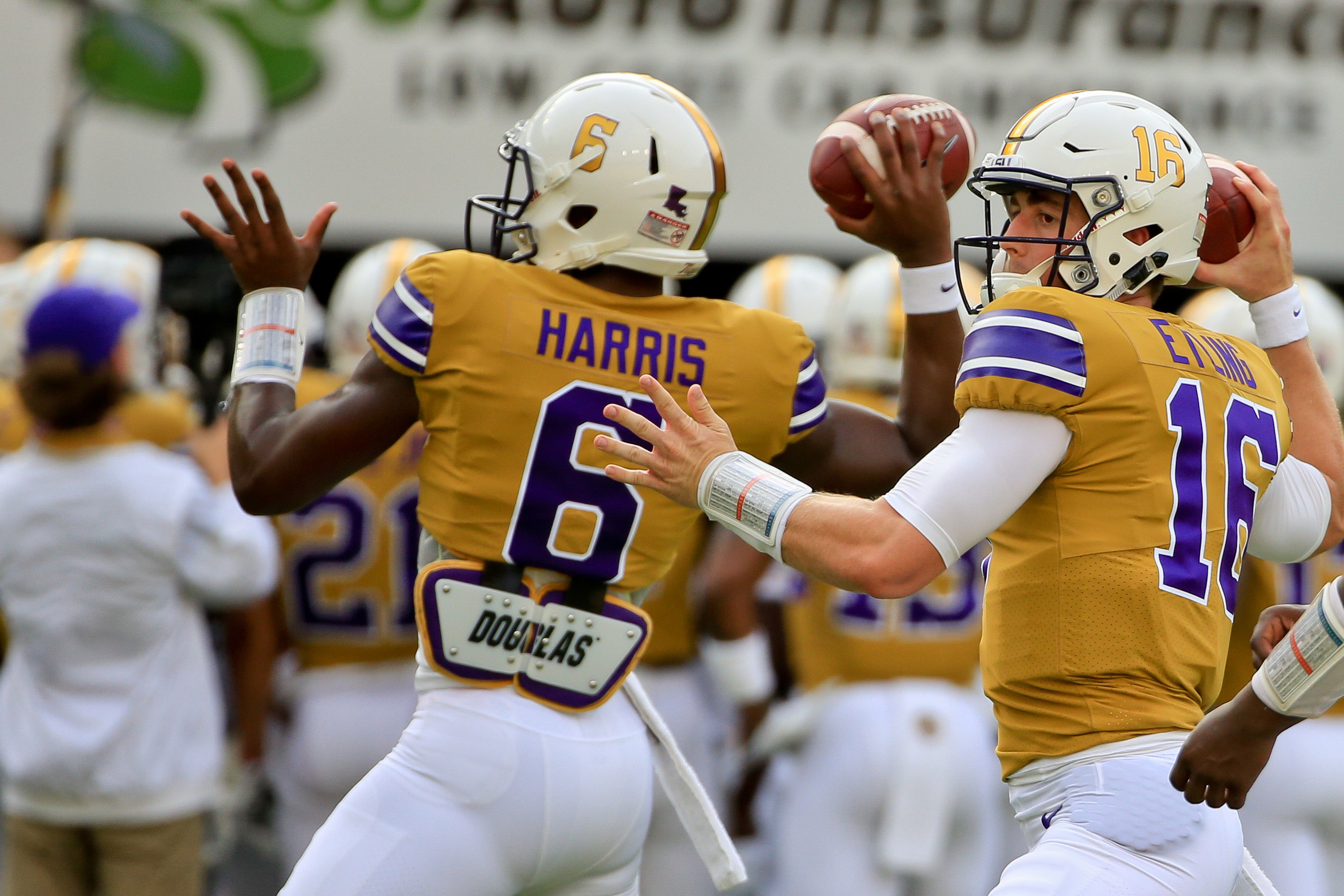 Thank you for helping point out that since Johnny Manziel left early for the NFL Draft in 2014, five different quarterbacks have started for the Aggies. Every single one either transferred in or transferred out of College Station.

Thank you for reminding us that Kenny Hill left for TCU. Jake Hubenak was originally a walk-on at Oklahoma State before a turn at Blinn Junior College. Kyle Allen bolted for Houston. Kyler Murray departed — seemingly within hours of the Allen exit — for Oklahoma. Trevor Knight arrived from aforementioned Oklahoma.

Thank you for not asking the Bayou Bengals for a release from your scholarship so you could be A&M coach Kevin Sumlin’s next QB refugee.

Thank you for continuing on your path toward a degree earned from LSU’s school of Human Sciences and Education. We tend to focus solely on football, but apparently you know there’s still a “student” element to be being a student-athlete.

Thank you for not being a distraction on or off the field. Naturally, getting benched in Week 2 — against cupcake Jacksonville State — was probably the hardest thing you’ve ever dealt with as a player. You no doubt thought about packing your bags, but you didn’t let this define you and instead supported Etling every step of the way.

And thank you for the feel-good moment we’ll get next fall at Tiger Stadium on Senior Day. I for one can’t wait to give you a standing ovation.