Former LSU safety Tyrann Mathieu may have gotten a little confused about which slogan he was supposed to use ahead of Saturday’s game between his Tigers and Florida.

When chanting at opposing teams and fans, LSU students use the phrase “Tiger Bait.” Similarly, Florida fans use “Gator Bait.”

However, when Mathieu tweeted his support for the Tigers on Friday, he accidentally used “Gator Bait,” in his message: 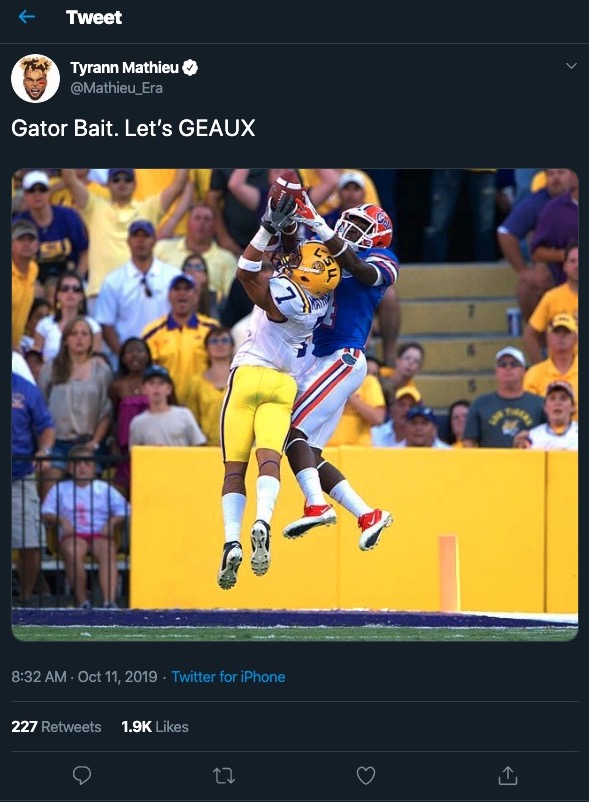 Twitter wasted little time in informing Mathieu about his error:

Man tiger bait but we’re with you

Not sure he knows how this works…. https://t.co/ll1xTW0bMH

Of course, Mathieu, who now plays for the Kansas City Chiefs, will be rooting for LSU on Saturday, despite what his tweet may have incorrectly stated. He played for the Tigers from 2010-11.