The best blocking Mississippi State fans have seen so far on Saturday came from the Davis-Wade Stadium security staff.

While the Bulldogs are struggling on the field in the first half against Texas A&M, the security officials working the game are doing an outstanding job getting things moving on the field.

During the first half of the game, two PETA protestors ran out on Scott Field and were taken out and dragged off the field by the officers on hand.

Here is a photo of one of the hits: 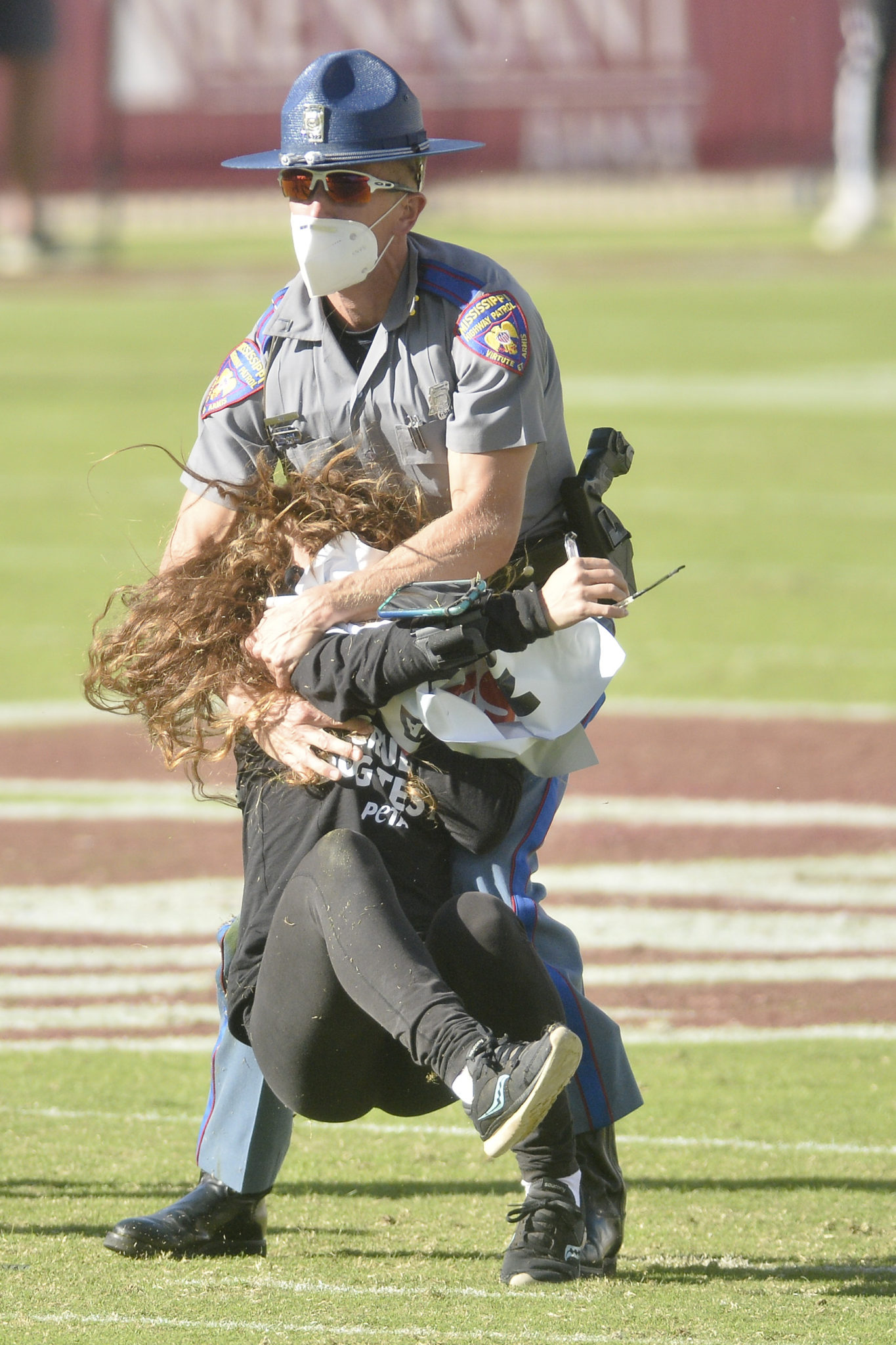 Photo caption: Oct 17, 2020; Starkville, Mississippi, USA; A Mississippi Highway Patrolman apprehends a fan who ran onto the field and displayed a PETA sign during the first quarter of the game between the Mississippi State Bulldogs and the Texas A&M Aggies at Davis Wade Stadium at Scott Field. Mandatory Credit: Matt Bush-USA TODAY Sports

Video of the event can be viewed below:

Two women just ran on the field at the Mississippi State game. The far one got laid out and was dragged off the field pic.twitter.com/22JDEO1CEu