Last year, what happened with the Missouri Tigers was absolutely shocking. Though the 4-8 record wasn’t overly surprising, the way coach Barry Odom’s squad compiled that record was.

Mizzou’s offense exploded onto the scene as one of the most lethal units in college football, but the normally great defense collapsed and was a shell of its former self. The Tigers finished near the bottom of the FBS standings in terms of yards allowed (479.7 per game, 118th in the nation) and points allowed (31.5 ppg, 90th).

Heading into the 2017 season, there won’t be as many surprises, as the offense is expected to once again put up points at an incredible rate and the defense will be searching for answers.

So, how confident should Mizzou fans be in each of the Tigers’ specific units? Let’s break it down now:

Why? Lock showed he can be an elite quarterback last season, finishing only 31 yards behind Arkansas QB Austin Allen for the most passing yards in the SEC in one fewer game.

However, the one knock on Lock is that he put up the bulk of his numbers against lesser opponents and struggled against teams like LSU and Florida. He’ll have to improve against the Tigers’ best opponents this year if Missouri is to go bowling at the end of the season.

Why? Auburn’s Kamryn Pettway and Kerryon Johnson and Georgia’s Nick Chubb and Sony Michel get a lot of well-deserved hype, but Crockett and Witter are a surprisingly good running-back tandem.

As a true freshman in 2016, Crockett ran for 1,062 yards in only 11 games and Witter added 750 rushing yards. This year, both of them could have even bigger numbers — especially if Mizzou’s offense controls the ball more.

Why? This unit had some issues with drops last season, but the three receivers listed above also showcased an incredible level of talent.

Moore finished second in the SEC in receiving yards (1,012) last year and seems poised for an even bigger senior season. Mason and Johnson are both entering their sophomore years, so it seems the sky’s the limit for what could end up being the best receiving corps in the SEC by season’s end. 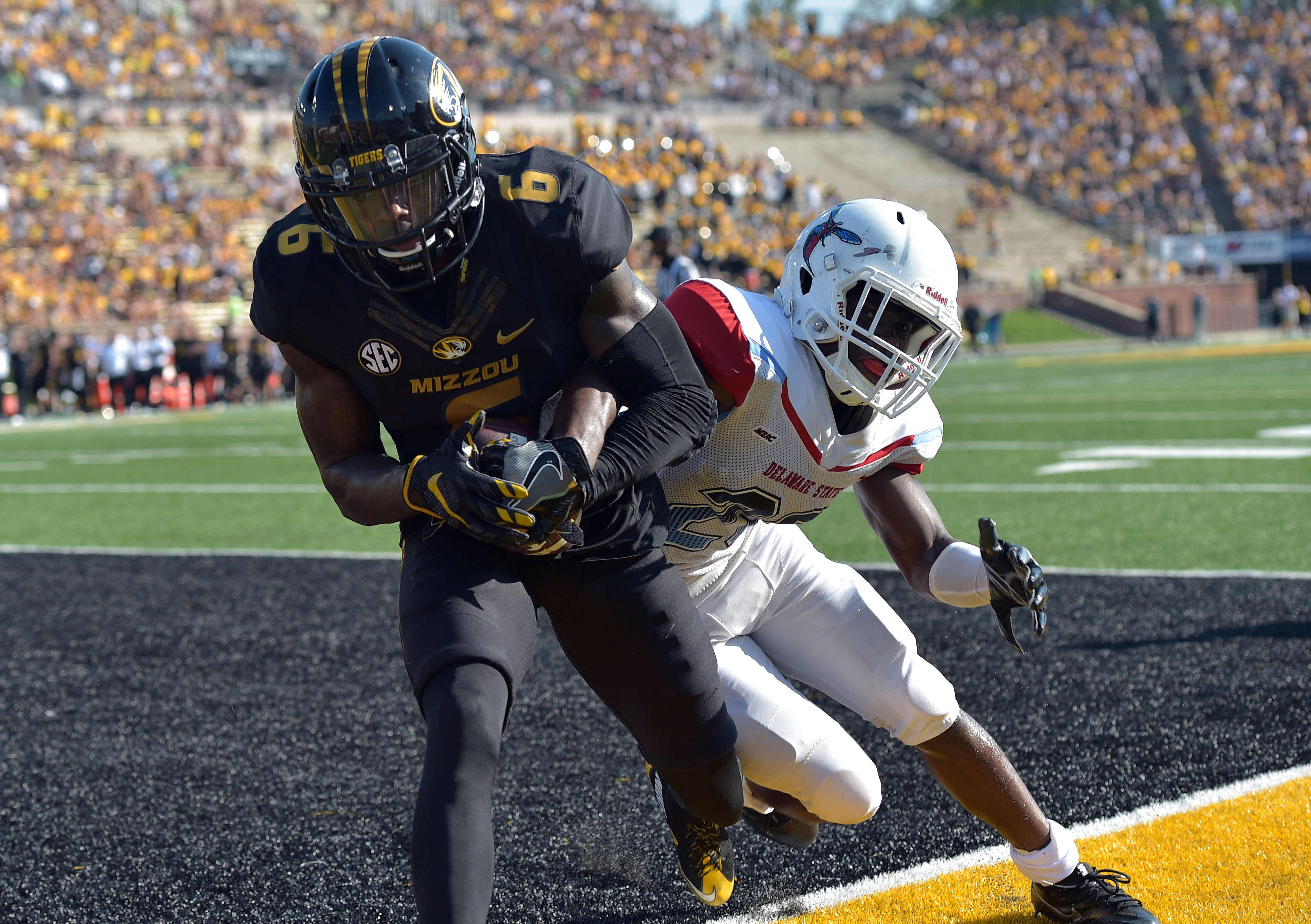 Why? The Tigers return all seven offensive linemen who made starts last year, with the five guys listed above expected to form this year’s starting unit. Samson Bailey and Alec Abeln will likely be the odd men out, but should get plenty of work and provide much-needed depth along the line.

Having these guys back for a second season together is a huge boost for the Tigers who, again, are loaded at the skill positions. The entire offense was clicking well at the end of last season and with so much returning talent, there’s no reason to expect that to change this fall.

Why? Once again, the line will be the strength of the Mizzou defense, but there are still some major question marks.

Frazier is expected to fill in for Charles Harris, who was a first-round pick in this year’s NFL Draft, but the spot opposite him is still open. Harold is the leader, but that’s just because the Tigers don’t exactly have a better option at this point as they wait for some younger guys to develop.

On the inside, Beckner’s health is going to be the biggest key, as the former 5-star recruit tore his right ACL in 2015 and his left ACL last year. If he can stay healthy, the Tigers’ run defense should be a lot better this year.

Why? This unit struggled mightily in 2016, even before senior Michael Scherer tore his ACL. Beisel has emerged as a team leader this offseason, but he’s going to really need to whip himself and the rest of this unit into shape if the Mizzou defense is going to improve.

The three players listed above made a total of 111 tackles last year, with Garrett’s 47 leading the way. The linebacking corps is going to have to grow up in a hurry this fall or it’s going to be another long year in Columbia.

Why? Losing a pair of cornerbacks like Aarion Penton and John Gibson will hurt a unit that already struggled plenty in 2016, but the Tigers do have a bit of depth in the secondary, especially at safety.

Behind Sherrils and Wilson are Ronnell Perkins and Cam Hilton, who played plenty last year and should see their fair share of action again. However, behind Cheadle and Acy the corner position is very thin, especially after Christian Holmes separated his shoulder last Tuesday, so the Tigers can’t afford any injuries on the outside.

Johnathon Johnson was second in the SEC in 2016 at 14 yards per punt return.

Why? Johnson proved last year that he can be an absolutely dynamic return man when he’s given the chance, but the Tigers need one more guy who can make an impact in the return game.

Fatony was a great punter last year, and he certainly got plenty of work against some of the tougher teams on Mizzou’s schedule. However, McCann was not good in 2016, making only six of his 12 field goals and missing four extra points. He’ll need to be much more consistent this fall.