Jeremy Maclin is moving up quickly in the coaching world.

After just two seasons serving as offensive coordinator, quarterbacks and receivers coach at Kirkwood High School, Maclin is set to become the new head coach of the Pioneers following the retirement of former coach Farrell Shelton. Shelton was the head coach at Kirkwood for six seasons.

Maclin started his playing career at Kirkwood, a western suburb of St. Louis, before making the decision to play his college football at Missouri.

In just two seasons at Mizzou, Maclin caught 182 passes for 2,315 yards and 22 touchdowns during the 2007 and 2008 seasons. He also added 668 rushing yards and six touchdowns on the ground before declaring for the 2009 NFL Draft.

Maclin was selected with the 19th overall pick in the 2009 NFL draft by the Philadelphia Eagles. The former Mizzou All-American went on to play eight seasons in the NFL, where he racked up 6,878 yards of total offense and scored 49 touchdowns.

Here is the release issued by Kirkwood High School, naming Maclin as the program’s new coach as well as a statement from Maclin: 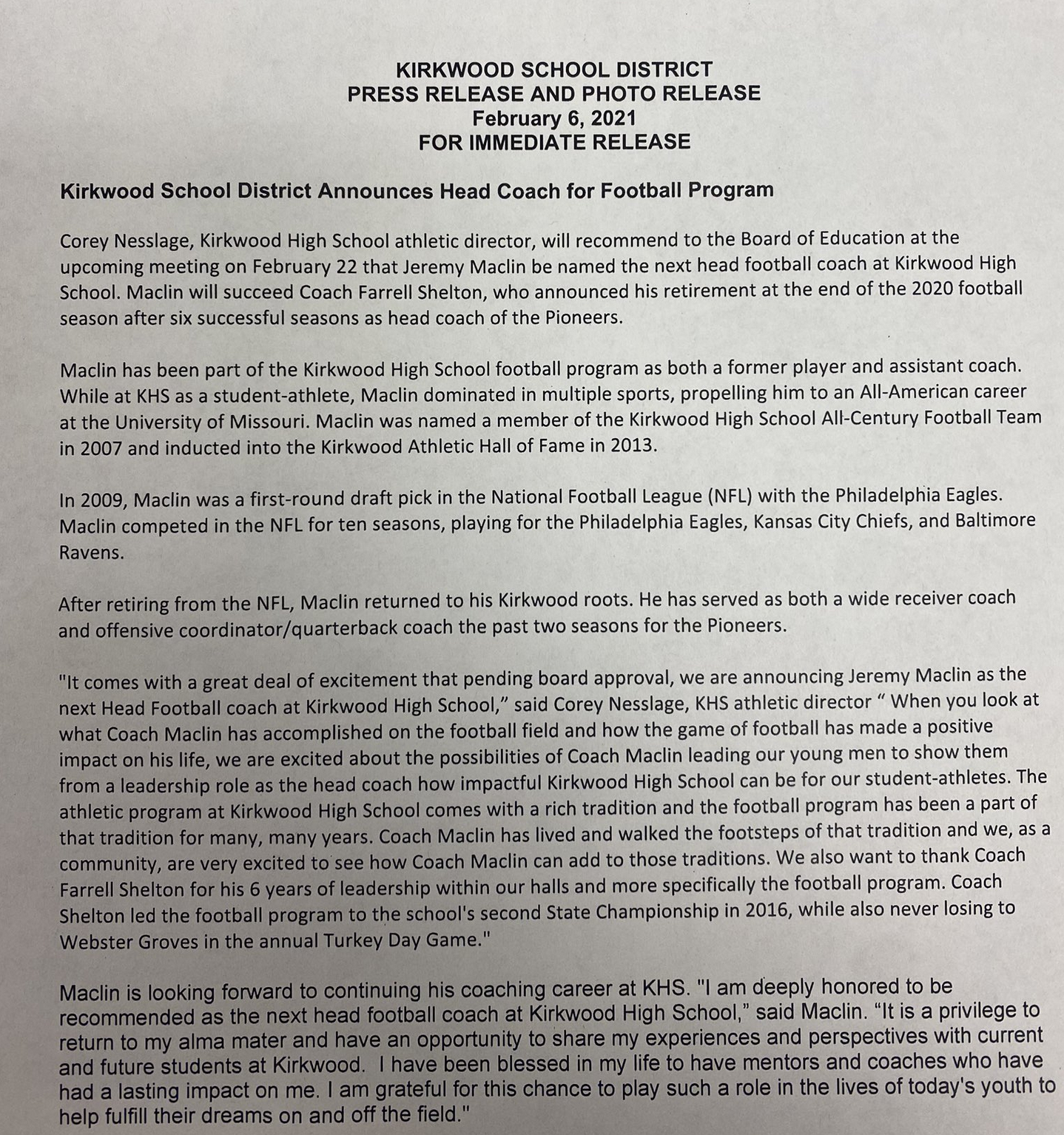