A Missouri team losing its quarterback and most explosive receiver bid farewell to another offensive weapon Monday.

Junior running back Damarea Crockett announced that he will forgo his final year of eligibility and enter the 2019 NFL Draft. He tweeted a statement explaining his decision to Tigers fans, which you can also read below. 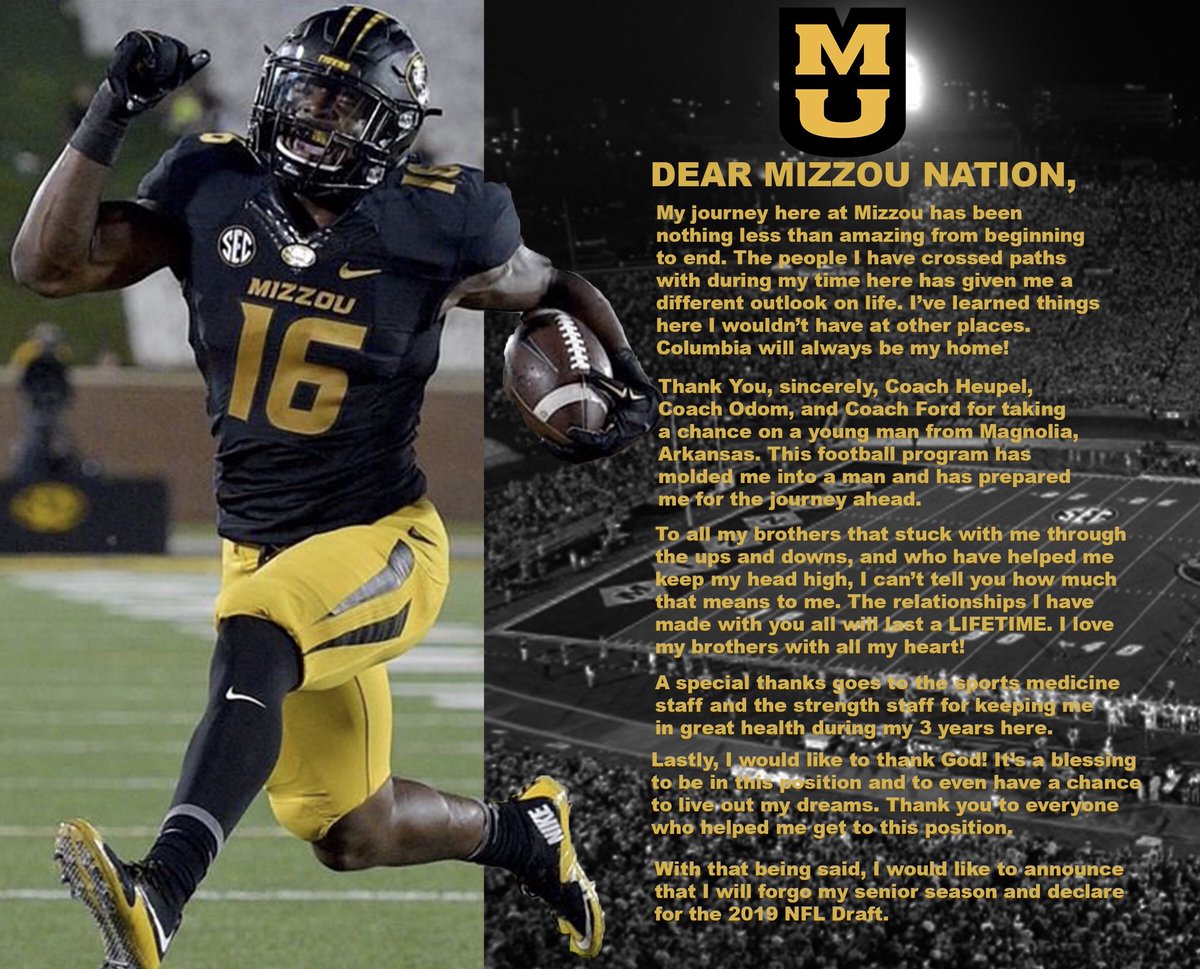 Crockett finished his college career with 2,252 rushing yards and 19 touchdowns on the ground. He set several program freshman rushing records in 2016 before suffering a season-ending shoulder injury halfway through last season and ultimately ceding the bulk of the carries to sophomore Larry Rountree III.

Crockett still played a big role in Missouri’s offense this season, rushing 147 times for 709 yards and seven touchdowns. The junior caught 12 balls for 88 yards and another score, providing versatility for senior quarterback Drew Lock, especially during a long stretch that explosive senior receiver Emanuel Hall spent sidelined with an injury.

Though the Tigers are losing both Lock and Hall, Crockett is the team’s only underclassman to have announced for the NFL draft so far.