Spring football is set to begin this week in Columbia as the Tigers look to take the next step forward under head coach Barry Odom.

Despite being handed a one-year bowl ban by the NCAA, which the program is currently appealing, the Mizzou program looks to be on the right track and poised for the best season yet under Odom in 2019. That’s saying something, as the Tigers have lost four-year starting quarterback Drew Lock to graduation but return plenty of talent all around the quarterback position and also landed graduate transfer QB Kelly Bryant from Clemson.

In anticipation for spring football, the school officially released the first offensive and defensive depth charts for the 2019 season. 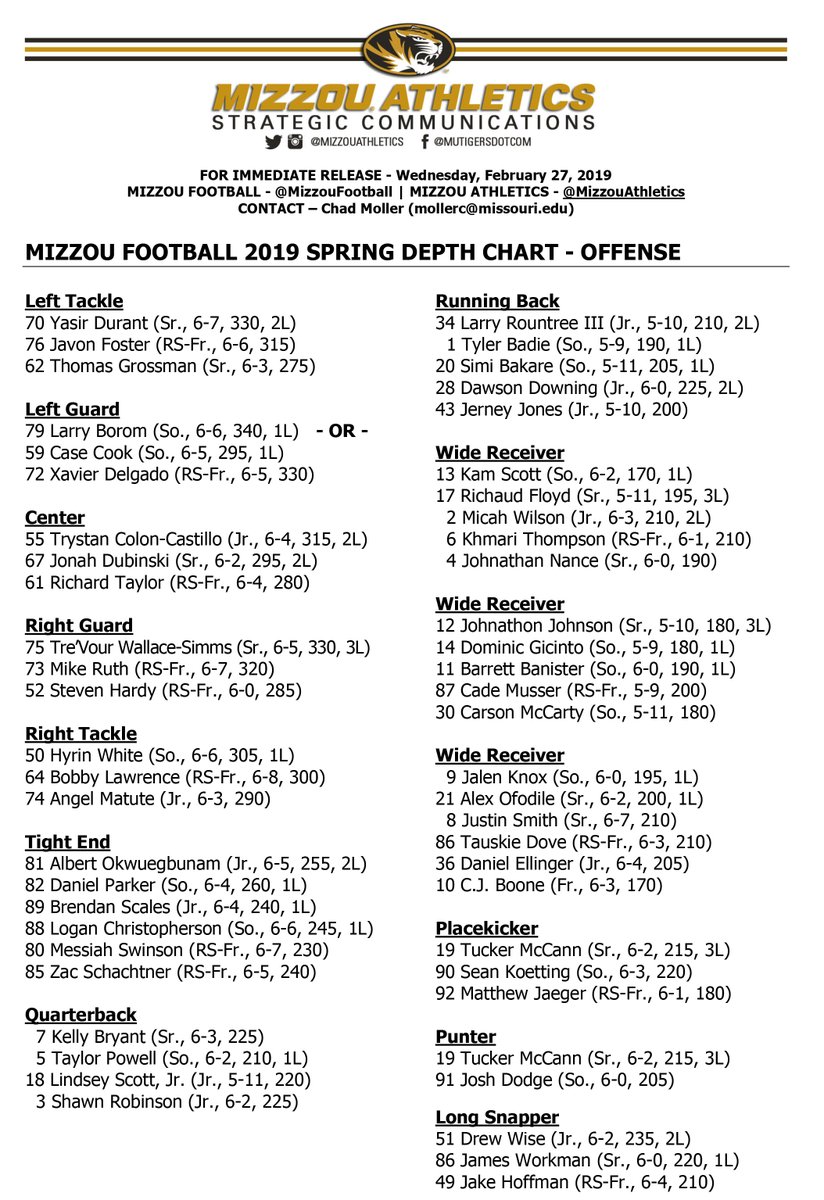 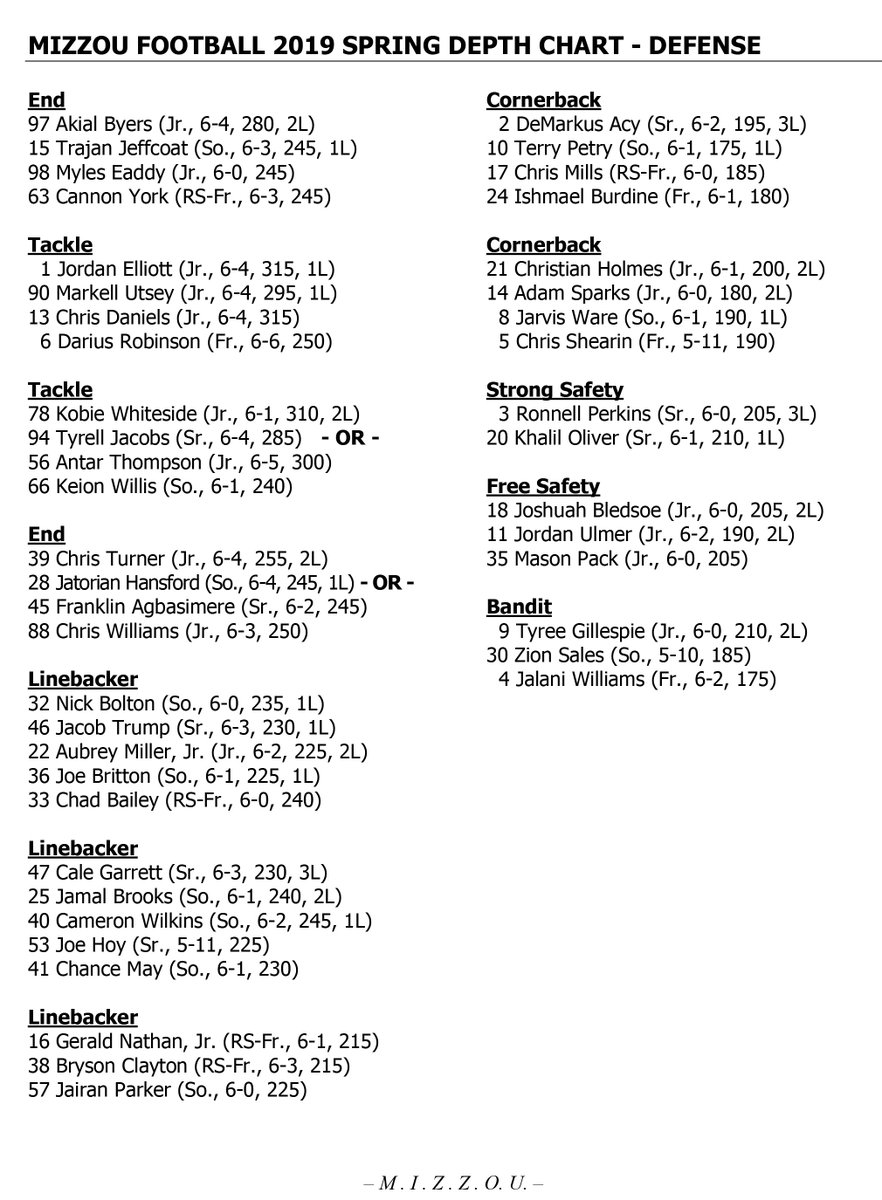