Liberty standout Evan Stewart is one of the most sought-after wide receivers in the class of 2022, already picking up 36 scholarship offers. On Saturday, the 5-star prospect from Frisco, Texas, announced a top eight that includes five teams from the SEC.

Alabama, Florida, Georgia, LSU and Texas A&M are joined by Oregon, Texas and USC in the graphic revealed in a video posted on Twitter. Stewart was briefly committed to Steve Sarkisian’s program from Feb. 18, 2021, to March 11. It appears the Longhorns are still in it to land Stewart’s signature despite last month’s decommitment.

Stewart is rated the No.3 wide receiver and No. 34 recruit overall in the class of 2022 on the 247Sports Composite. His 247Sports recruiting profile shows he has campus visits planned to Florida (June 4), Texas (June 11) and Texas A&M (June 24).

Stewart is listed at 6-1, 175 on his Hudl profile, where his season highlights are posted. They can be viewed in the video embedded below: 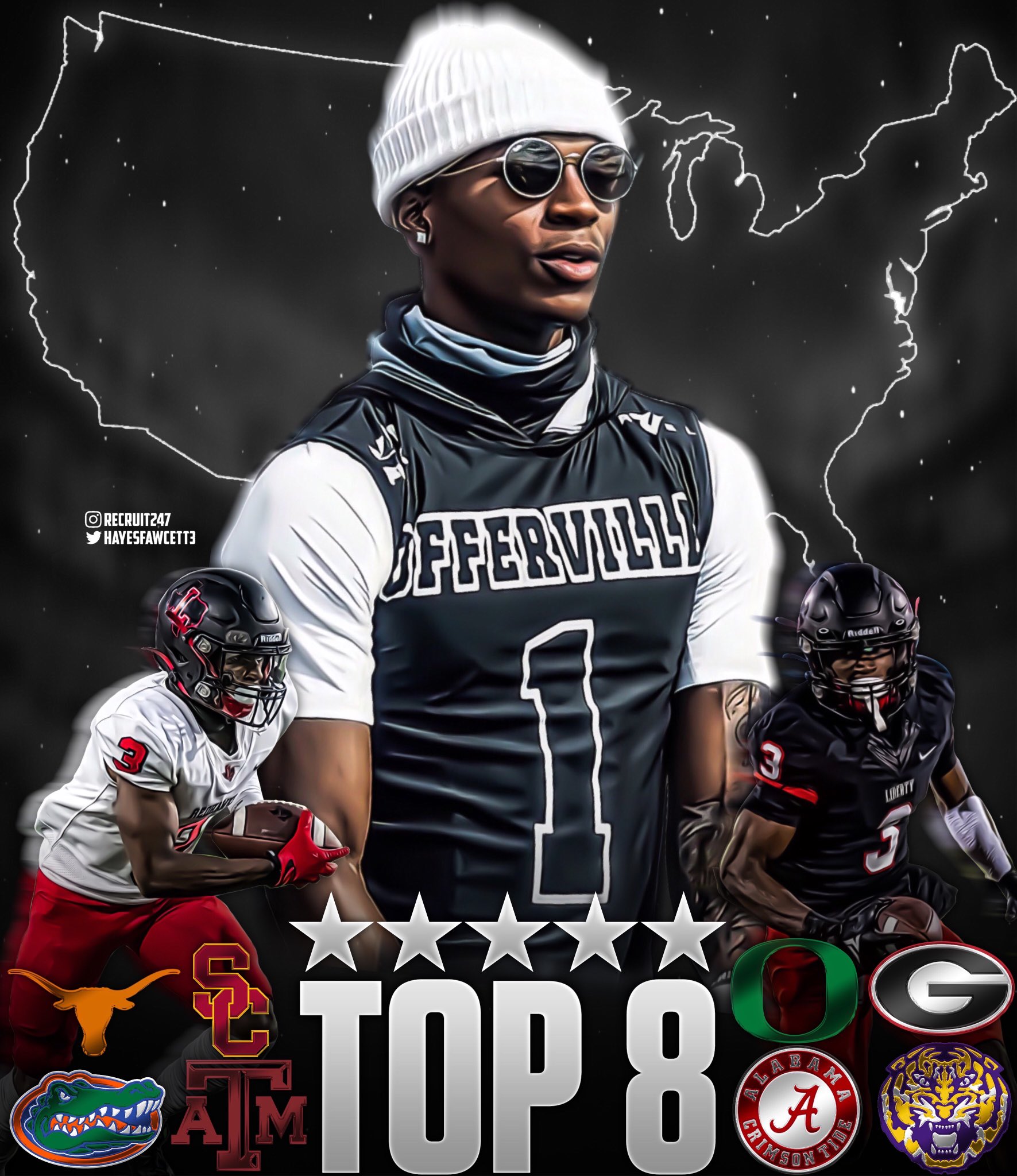