LSU fans, you’ve lost a member of meme royalty. The game won’t be the same without the grass-eating, aggressively hugging, disoriented-speech-giving Les Miles.

That means no more of this:

Hard not to love this guy. Gonna miss him so much. pic.twitter.com/sYvmLjYnob

But it’s ok, Tiger fans. The immediate future includes Ed Orgeron, a walking embodiment of Farmer Fran from The Waterboy, and a man with a storied meme career during his short stint in the SEC.

Here’s a local Hummer commercial he did, in perhaps the most 2006 move ever.

Yes, Coach O and his Cajun ways were a bit strange to the people in Mississippi, and he was turned into a kind of folk character.

Now let’s get to the memes: 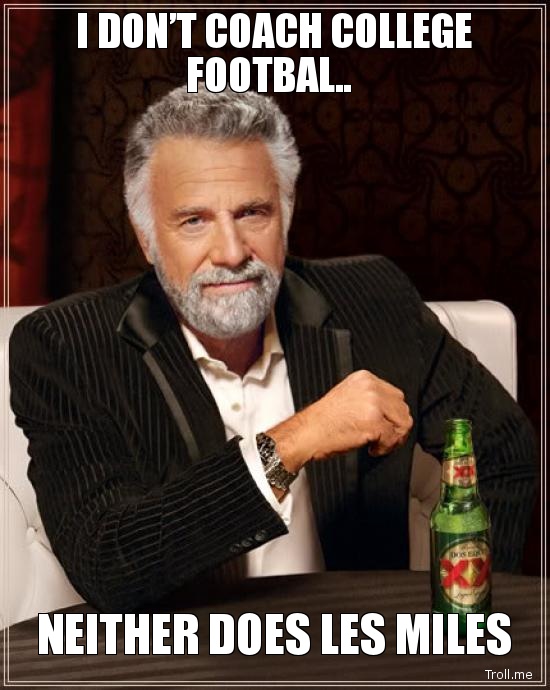 This one’s from the SDS archives, but it holds new weight in light of recent events. 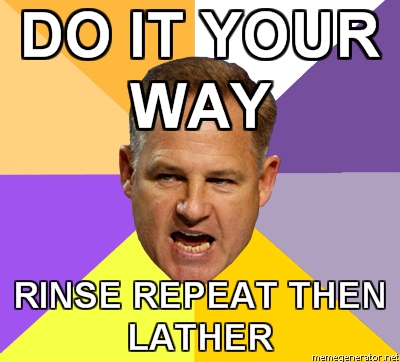 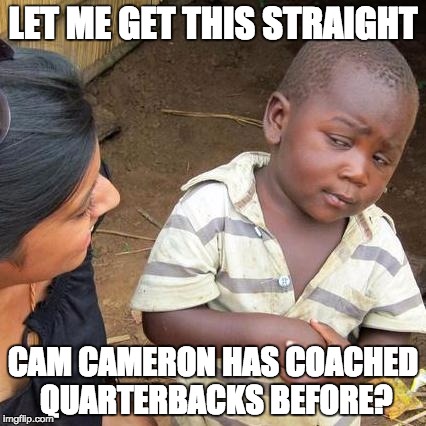 Little did he know, Orgeron would once again get the chance to take over as interim head coach. Like a Cajun version of the Roman emperor Cincinnatus, he will lead his people through these dark times – only to give up the mantle once order is restored.

Will Ogburn
A former resident of both Baton Rouge and the heart of Crimson Tide country, Will Ogburn handles multimedia content and news coverage for Saturday Down South.
RECENT ARTICLES
SEC
Kirk Herbstreit suggests college athletes could eventually get share of TV money
SEC
My All-Bang The Drum Team for 2022: 1 player I'll lead the bandwagon for on each SEC team
SEC
Robert Billings, 2023 safety out of Georgia, includes 2 SEC schools in top 8
SEC
Dee Crayton, 4-star 2023 Georgia LB, lists 2 SEC schools in top 5