The SEC lost star Florida TE Kyle Pitts — a top-10 finisher in the Heisman voting last season — to the NFL, where he was the No. 4 overall pick by the Atlanta Falcons in the 2021 NFL Draft.

However, there are still plenty of talented players at the position as we prepare for the 2021 campaign.

On Sunday, SEC Network analyst Cole Cubelic released his rankings of the top 5 SEC tight ends this season. To the surprise of no one who follows the conference, Texas A&M’s Jalen Wydermyer took the No. 1 spot. 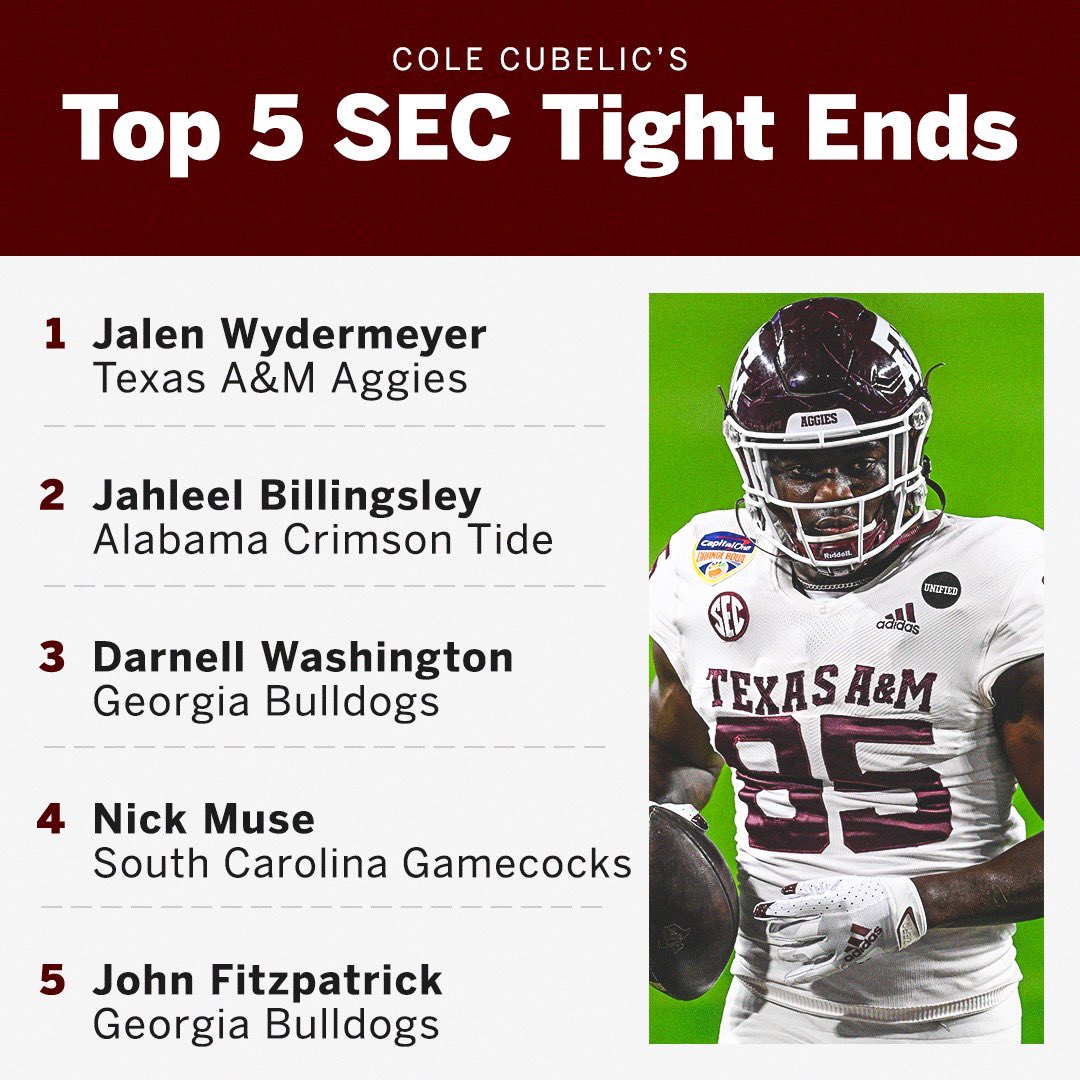 Which of those guys will develop into stars? Who was left off the list who warrants consideration? We’ll find out who makes an impact in Week 1 this week!