ESPN announces its college football broadcasting roster for the 2020 season

The ABC/ESPN Saturday Night team will remain the same this season as Chris Fowler, Kirk Herbstreit and Maria Taylor all return in that spot.

Joe Tessitore will pair up with Greg McElroy and Holly Rowe to call games on ABC and ESPN, while Mike Golic will team up with Dave Pasch.

The Saturday night SEC Network crew will also remain the same this fall as Tom Hart, Jordan Rodgers and Cole Cubelic will once again work together calling SEC games.

The full details of ESPN’s college football broadcasting roster for the 2020 season can be found here. 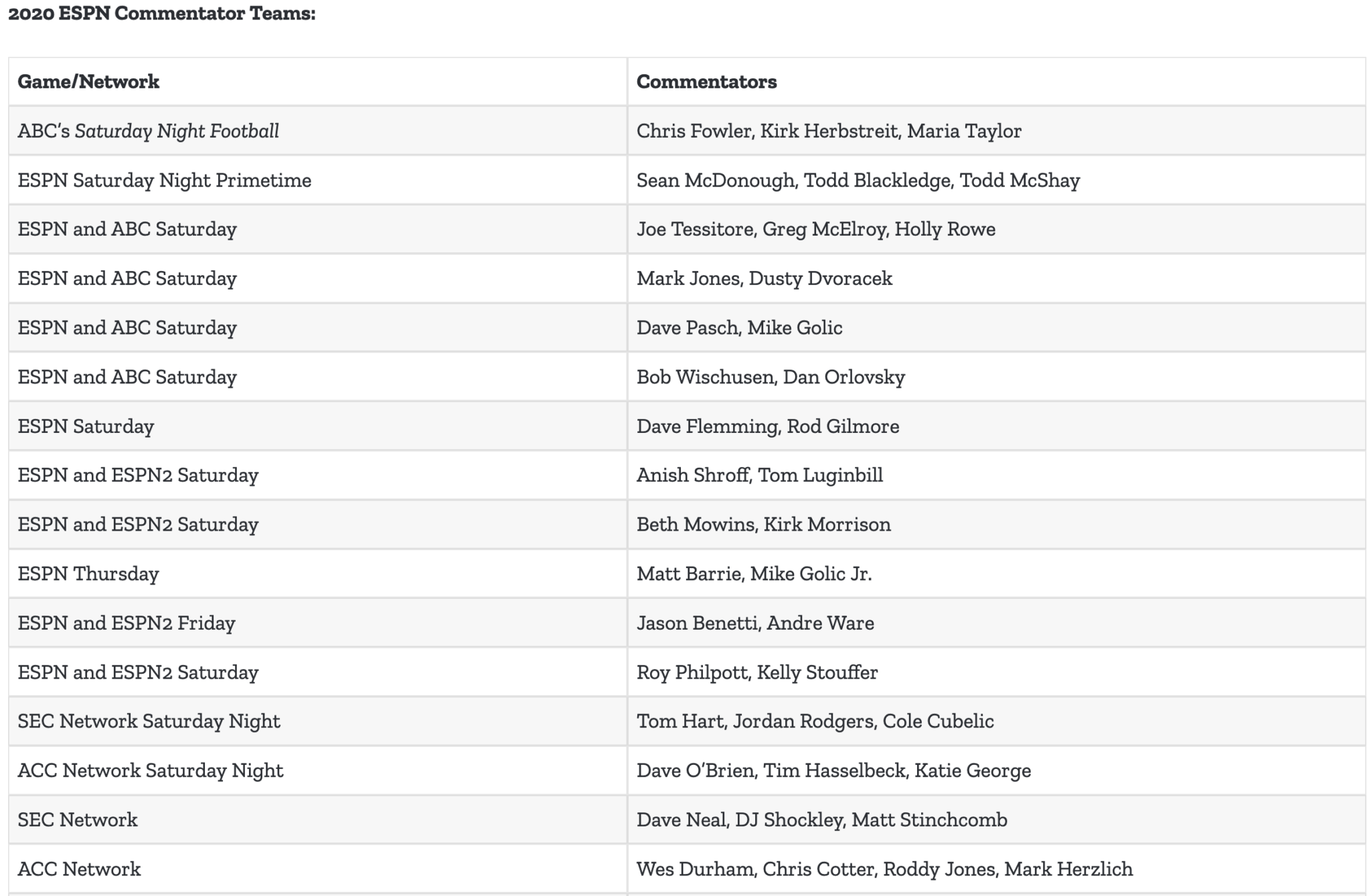