If you missed the big news out of the Southeastern Conference on Thursday, the league has revealed the kickoff times and television schedule for the first three weeks of the 2021 football season.

While there are several marquee nationally televised games taking place during the first three weeks of the season, the league also feasts on cupcake matchups during this time.

Several of those games have been picked by ESPN to air on ESPN+ for the first time ever.

Here is the official announcement regarding this decision from ESPN:

As part of the SEC’s new agreement with ESPN, select SEC football games will be available on ESPN+ beginning this fall. ESPN+ has the right to stream one non-conference football game per school each season kicking off in 2021. These matchups will also be simulcast on SEC Network+, with both streams accessible in the ESPN App via connected devices.

And here is a graphic ESPN put out to show the games that will be on ESPN+ this season: 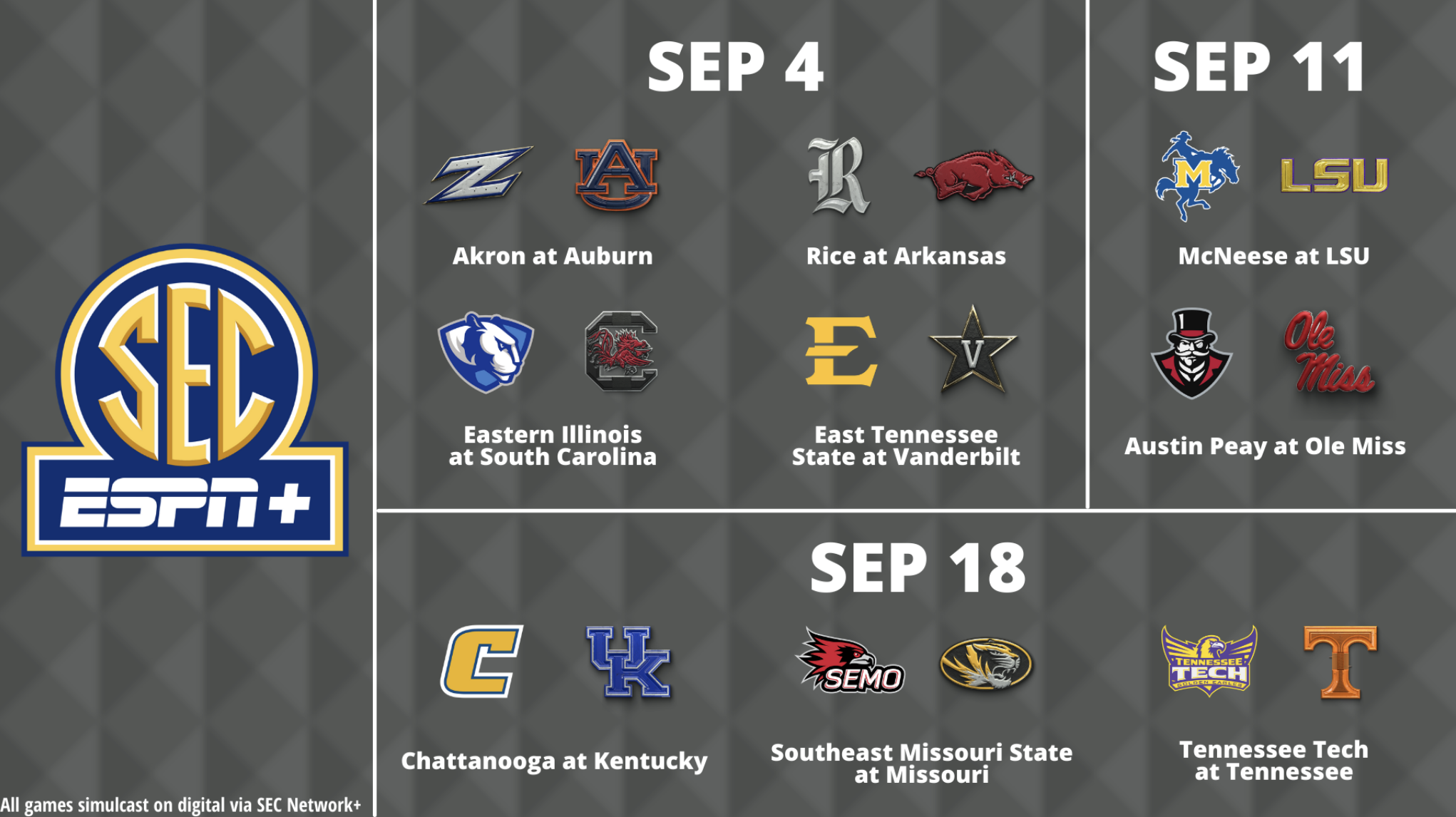